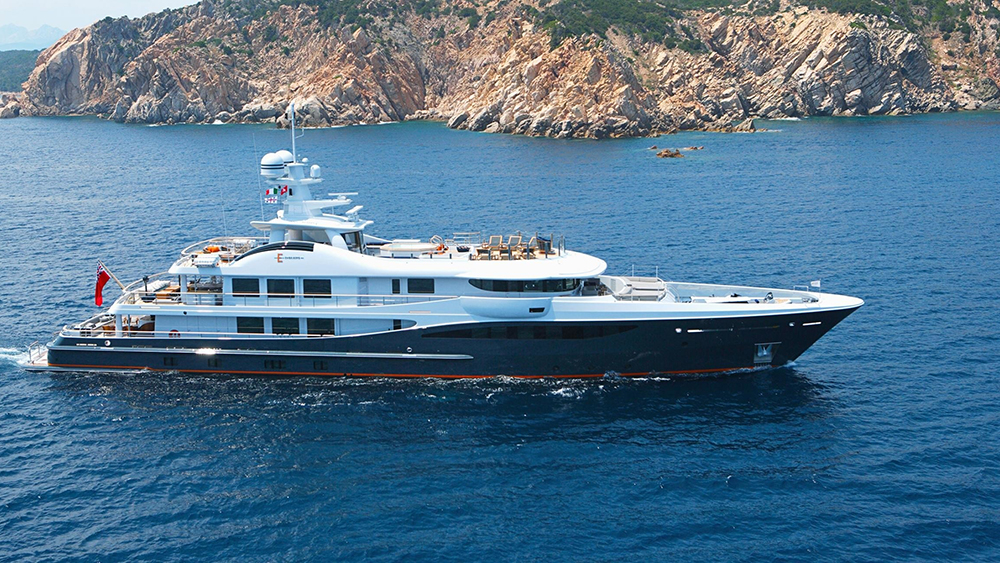 A superyacht owner may not seem like the most likely candidate to oversee the rapid turnaround of a potentially game-changing Covid-19 home-testing kit—but, then again, Jonathan Rothberg is no ordinary seafarer.

In addition to owning the Amels superyacht (above) Gene Machine, Rothberg also has a “Dr” prefix and is one of the world’s leading scientists and inventors. Right now, he and his team are developing a rapid Covid-19 home-test kit that could return the results to your smartphone within 30 minutes.

The biotech entrepreneur first floated the idea via a tweet on March 7. “Thinking about a low cost easy to manufacture home test kit for Coronavirus,” Rothberg shared, along with a picture of what looked to be the science lab on board his 180-ft. superyacht Gene Machine.

“I told my team that the Chinese built a hospital in Wuhan in 10 days so we should be able to develop and deploy a true home test for Covid19 coronavirus in that time,” Rothberg told IEEE Spectrum. “The team is working around the clock to accomplish that goal.”

On top of that, Rothberg has enlisted the help of billionaire tech genius Bill Gates. While the Gates Foundation is working on its own at-home testing device, Rothberg believes the two can work in tandem. For example, patients could use the two different kits to confirm the accuracy of their results.

If you need further convincing, Rothberg has been churning out smart medical devices via his startup accelerator 4Catalyzer since 2014. He was also awarded the 2016 National Medal of Technology and Innovation by President Barack Obama for his work in making genome sequencing faster and cheaper.

May the force be with you, Rothberg.