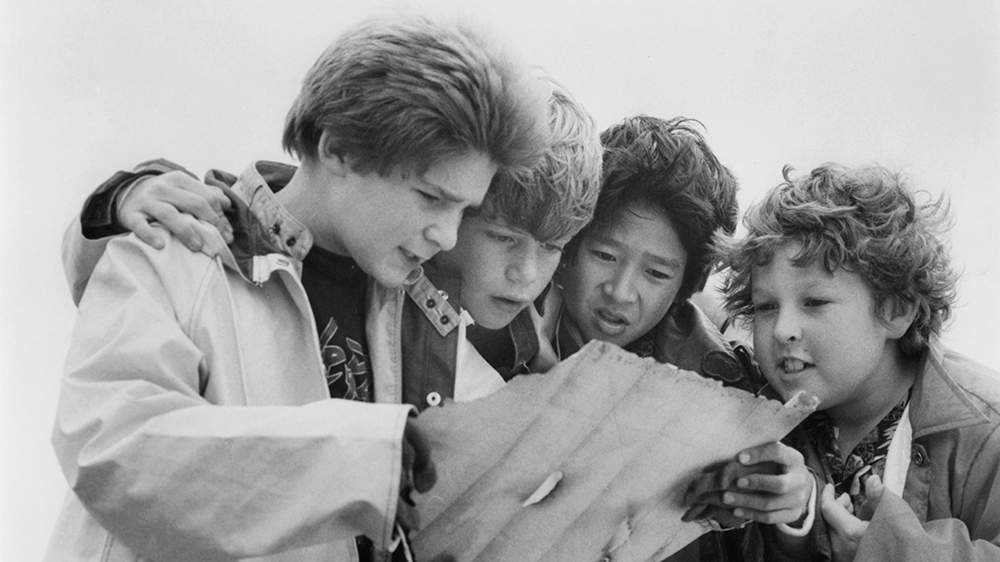 In the 1985 film The Goonies, a rag-tag group of kids in Astoria, Oregon, go in search of the treasure that once belonged to the pirate One-Eyed Willy. Now, parts of the centuries-old ship that inspired the film may have washed ashore.

Directed by Richard Donner, the idea of The Goonies was developed by Steven Spielberg, who looked to the real-life shipwreck, that of the Santo Cristo de Burgos, which disappeared in the Pacific Ocean in 1693. Now, near that very same town where the film took place, a maritime archaeological group has found their very own treasure: timbers that they believe came from the Santo Cristo de Burgos, which has yet to be recovered.

Last month, the Maritime Archaeological Society, a volunteer group that documents shipwrecks and studies maritime history in the Pacific Northwest, found 12 timbers that seem like they could be from the long-lost ship, The Washington Post reported. Items believed to have been on the ship have been washing up on the Oregon coast for centuries, and this would just be the latest discovery in the area.

“We’re about 90 percent sure they are [from the Santo Cristo de Burgos], but there is nothing definitive that we’ve seen that says they are from the ship that went missing in 1693,” Scott Williams, the president of the Maritime Archaeological Society, told the Post. “There’s a chance it’s an unknown shipwreck, but the odds are small for that. The simplest explanation is that these timbers are part of the galleon.”

The Santo Cristo de Burgos was crossing from Manila in the Philippines to Acapulco, Mexico, when it disappeared in the late 17th century. It was carrying a cargo of beeswax, leading it to take on the nickname of the Beeswax Wreck. Since the ship’s disappearance, Williams told the Post, blocks of beeswax with Spanish markings and broken pieces of porcelain (which was made with beeswax) have washed ashore in Oregon, leading many to believe that the vessel is somewhere in the ocean nearby. The recovered porcelain, in particular, has helped archaeologists date the shipwreck to between 1680 and 1700.

Williams and his group are hoping that the timbers mean the entire wreck is close—and potentially discoverable. If it is, the ship would likely be submerged in the sand. But the surrounding area is a marine reserve, so digging is out of the question, Williams said. However, the Maritime Archaeological Society will hopefully be able to dive in and around the area, ideally leading to some exciting finds.

And while it may not be exactly the treasure found in The Goonies, it would be a pretty priceless—and historic—discovery.