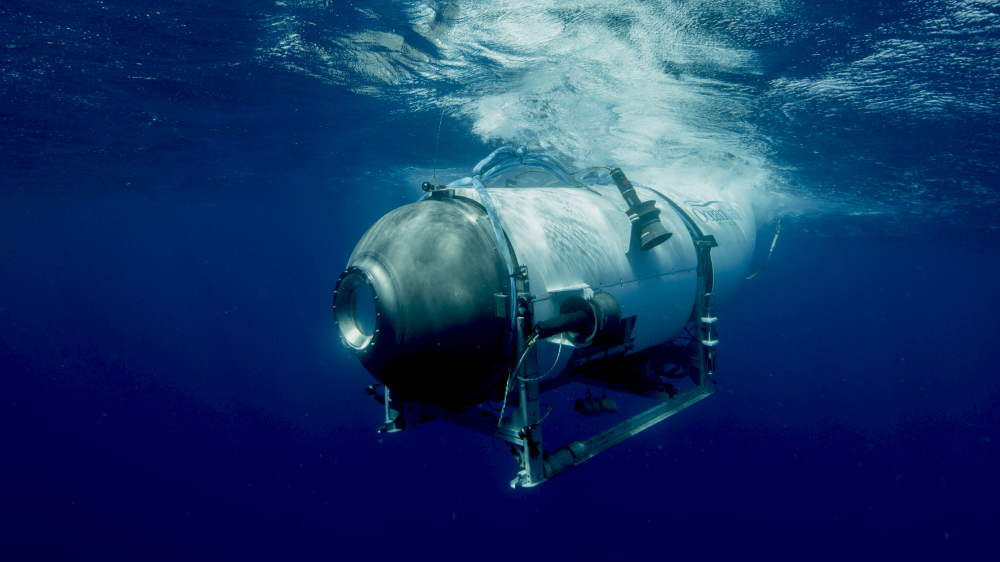 Despite being the most famous shipwreck in history, the RMS Titanic could be unrecognizable within a relatively short period. The 883-foot vessel, which collided with an iceberg on April 14, 1912, and sank 400 miles off the coast of Newfoundland, has been resting on the ocean floor for over a century, being dissolved by underwater currents as well as a recently discovered bacteria, Halomonas titanicae.

Next May, a team of scientific explorers will dive over 12,000 feet to the wreck site to gather as much information as possible, and they’re inviting civilians—or “mission specialists”—to take part. Titan, the world’s only five-person submersible capable of diving to 13,123 feet, will carry three mission specialists, along with the pilot and a researcher, on each dive, which can last from 8 to 10 hours.

It’s a chance to enter James Cameron’s world, diving to the dark, murky depths more than two miles below the surface to explore the world’s most famous cruise liner: hovering over the crushed bow, viewing into the upper deck that once housed Titanic’s grand staircase or floating above the area where a string orchestra played as the boat sank.

“More people have climbed Everest than have seen the Titanic” on the ocean floor, says Stockton Rush, head of OceanGate Expeditions, which is organizing the dives. “If you want to do something truly unique that also advances man’s knowledge, then underwater is where you’ve got to do it.”

Mission specialists, who pay $125,000 for the 10- to 14-day missions, will also pull double duty as researchers, including sonar and laser scanning, videography, documenting the state of Titanic, even piloting Titan via a Bluetooth-enabled game controller. “Everyone will have an active role,” Rush says. “I need people who understand that this is a mission with a scientific purpose.”

Titan is equipped with multiple external cameras, multi-beam sonar, 40,000 lumens of external light, a laser scanner and the largest viewport of any deep-diving submersible. The mission specialists will have personal tablets that allow them to access any camera as the submersible performs a survey of the wreck. The expedition will also research marine life and microbial species that have made the wreck home, as Titanic is now as much an “artificial reef ” as a sunken vessel, Rush says.

Parks Stephenson, a Titanic explorer, first dove the wreck in 2005 and surveyed the site again five years later by robot. Last year he explored the outer hull via the Triton sub Limiting Factor and says he noticed “significant differences.”

Compared to 2005, when Titanic looked like a “dead zone,” Stephenson says, it is now teeming with marine life. But he also noticed erosion in the upper decks, including one of its most popular sights, the captain’s porcelain bathtub, now buried under a collapsed ceiling.

“One of the more sobering things we expect to see are shoes and clothing,” says Rush. “Our nautical archaeologists will document those and try to understand more about the lives of wealthy people at the turn of the last century.”

These dive missions, the only eyes allowed on the Unesco-protected site, are key to understanding the state of Titanic. “At the rate it’s currently dissolving, estimates range the vessel will be around from [another] 10 to 50 years,” Rush says. “But most people expect it to be gone in 20 years.”

Stephenson, however, notes the inch- thick steel hull will be around for many decades. It’s the superstructure, made of thinner steel, that is now being eaten away. “The upper steel is thin as gauze in places,” he says. “All the ship’s distinguishing features could soon collapse, making the wreck uglier. If you want to see Titanic as she looks in the pictures, the sooner you dive, the better.”