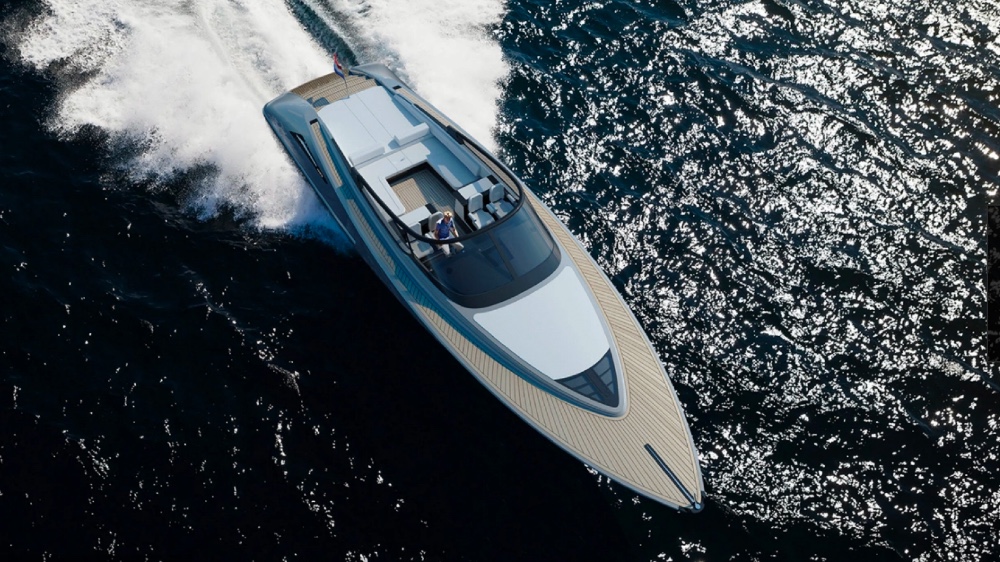 Tampa Bay Buccaneers quarterback Tom Brady took delivery of a recently introduced 55-foot cruiser from the Netherlands. The light-blue-hulled Wajer 55S, named Viva A Vida, was  handed over to the former New England Patriots superstar last month. Brady will be keeping the boat at a marina in St. Petersburg, Florida, according to TMZ.com.

Viva A Vida is named after the charity of Brady’s wife, supermodel Gisele Bündchen, which has an environmental conservation mission. The charity recently announced a plan to plant more than 200,000 trees in Brazil’s rainforest.

The Wajer 55S, typically priced at several million dollars, is one of several high-end cruiser brands from the Netherlands that are considered fashion statements in European and increasingly U.S. marinas. Holland makes the largest number of superyachts above 250 feet in length, so the Dutch have created smaller-yacht brands like Wajer, Zeelander and Mulder as tenders and standalone cruisers. Wajer is arguably one of the most beautiful, even though the brand is not highly known in the US. The company told Robb Report that Brady’s is the fourth 55S model in the US. In total, there are just ten Wajers in U.S. waters.

Brady will be using the boat in the Tampa Bay area.  TMZ

With three 435 hp Volvo Penta engines and joystick driving, Viva A Vida will have a top speed above 40 knots. She has a helm station covered by a hardtop and a large, open rear deck. The hullsides are smooth and high, with no windows to the cabin. The stairs on the stern of the boat open to reveal a compartment where owners can keep dive equipment or Seabobs. It also has cool features like push-button fenders, which automatically deploy to protect the boats at marinas, and the swim platform extends outwards at the rear to connect to docks. The cabin is designed to sleep four to five people.

The Wajer 55 was designed by Sinot Exclusive Yacht Design, a Dutch firm that has created superyachts for builders like Heesen and Feadship. The first Wajer 55 was launched in 2016.