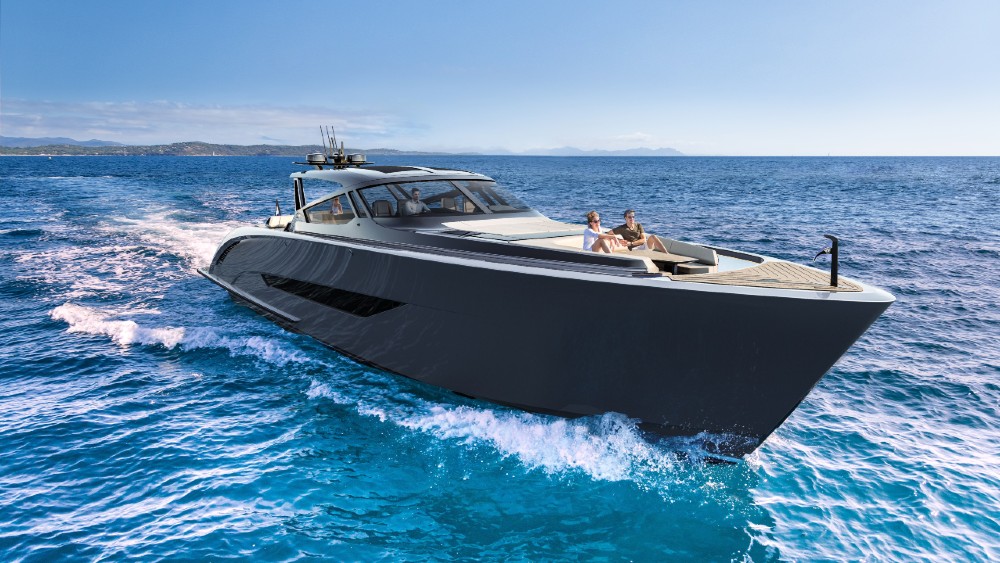 There’s an affliction in boating called 2foot-itis, where a boater constantly yearns after a boat that is two feet longer than the current one. Tom Brady, being the American sports hero and heart-throb that he is, has a more extreme case—22foot-itis. The Tampa Bay Buccaneers quarterback said on a livestream webinar that he is trading his Wajer 55S to the much larger 77, which, the Dutch builder announced in April, would be its new flagship. The trade was made public, appropriately, during the NFL Draft announcements and after only five months of owning the first boat.

Superstar Brady put the small, exclusive Dutch brand on the map, at least in the US, after infamously tossing the Vince Lombardi trophy from his new boat to another player on a second boat during the post-Superbowl floating victory parade through downtown Tampa. But that move came several months after taking delivery of his first yacht which, at the time, he was clearly excited about.

During the webinar, he said he’d been in two boating places, Boston and Tampa, but the warm Florida waters and instant access to Tampa Bay, won out.

Brady made the announcement that he was trading up to the Wajer flagship on the company’s livestream event.  Courtesy Wajer Yachts

It wasn’t clear whether he’d outgrown the 55S after five months, or if the 77-footer was a gift to himself for becoming the NFL’s putative GOAT after winning his seventh Super Bowl. The $6 million 77-footer, which can accommodate nine guests, will be a sea change for the Brady family. Beyond the 22-ft. increase in length, it’s a much wider, more complicated vessel with significantly more volume. It’s more like an offshore cruiser than the 55S’s bay-hopping design.

Powered by triple 900 hp Volvo Penta IPS engines, the 77 has a top speed of 37 knots and range of 400 nautical miles. Its master suite’s 16-foot width gives a sense of the vast interior space and the helm area looks similar to a fighter jet’s—an elegant fighter jet.

The sleek profile shows how the 77 combines cruiser features with Wajer’s DNA as a day boat.  Courtesy Wajer Yachts

“The 55S is an amazing boat, and it’s been an amazing boat for our family,” Brady said. “I think the 77 will be a little bit more suited for what we need it for down here, which is a few more day trips and weekend trips. We spend a lot of time in the Bahamas. So going from the East Coast of Florida across into the Bahamas and around the Bahamas would be really great trips for us as a family.”

It’s not clear if Brady will keep the Wajers—both will be named Vida, which means Life in Portuguese. Perhaps the smaller 55S could be moored near his home in Tampa Bay, and the flagship 77 on the east coast for Bahamas trips.

Wajer, of course, couldn’t be more thrilled to have America’s most famous athlete driving its boats. The company claims that the 77 will be the quietest boat in its class, and to celebrate that, it’s offering anyone online the chance to remix “Magico” by Armin van Buuren and Giuseppe Ottaviani with a “Balearic” beat. The winner will have a mini-Tom Brady experience that includes a two-night stay to the South of France, with a tour of the waters on a Wajer.

Here are other images of the new 77.