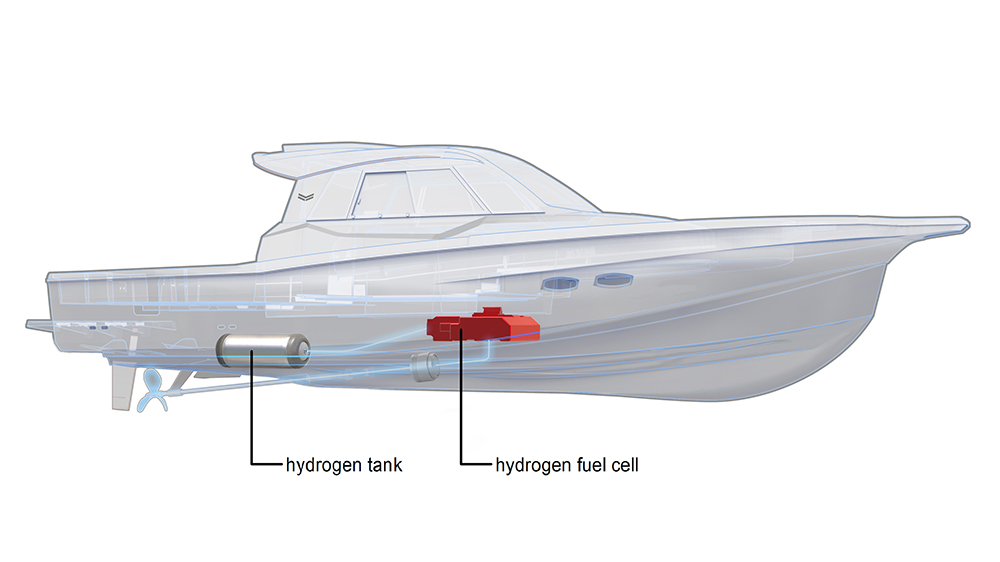 Toyota loves its new hydrogen-powered Mirai so much that it’s decided to turn it into a boat. The Japanese automaker has partnered with the marine experts at Yanmar to create an innovative new yacht concept that features parts of the sedan’s powertrain.

The zero-emission design promises smooth, silent sailing and “superior cruising range.” Taking cues from the car’s hydrogen fuel-cell setup, it’s equipped with high-pressure hydrogen tanks that can power it through the sea sans all the unsavory carbon dioxide. No doubt this will be a major selling point for the growing number of eco-conscious seafarers in the marine sector.

This is not the first time the duo has worked together on water-based projects. In 2016, Toyota collaborated with Yanmar to launch the next-gen Ponam-28V (below), Ponam-31 and Ponam-35. While working on this line of premium sports cruisers, the pair aimed to combine high-performance with luxury design. Now they are focusing more on sustainability.

The new green concept is part of the Yanmar’s overarching goal to develop an environmentally friendly, hydrogen fuel-cell system that can be used in a wide range of maritime projects. The company recently said in a press release that it’s hoping to install the new H2 system in one of its own vessels and start fielding demonstration tests by the end of the fiscal year.

And it seems that both companies have done the prep to ensure the new H2 design is a success. In 2018, Yanmar field-tested a 54-foot hydrogen-powered yacht called Shimpo, while earlier this year, Toyota incorporated the Mirai’s fuel cell system into the 100-foot Energy Observer. The Toyota fuel cell, which converts raw seawater to hydrogen, allowed the cat to complete a 5,000-nautical mile transatlantic voyage without stopping.

For now, Toyota’s H2 yacht is just a concept, but it has potential to become a game changer for the marque and the marine world at large.