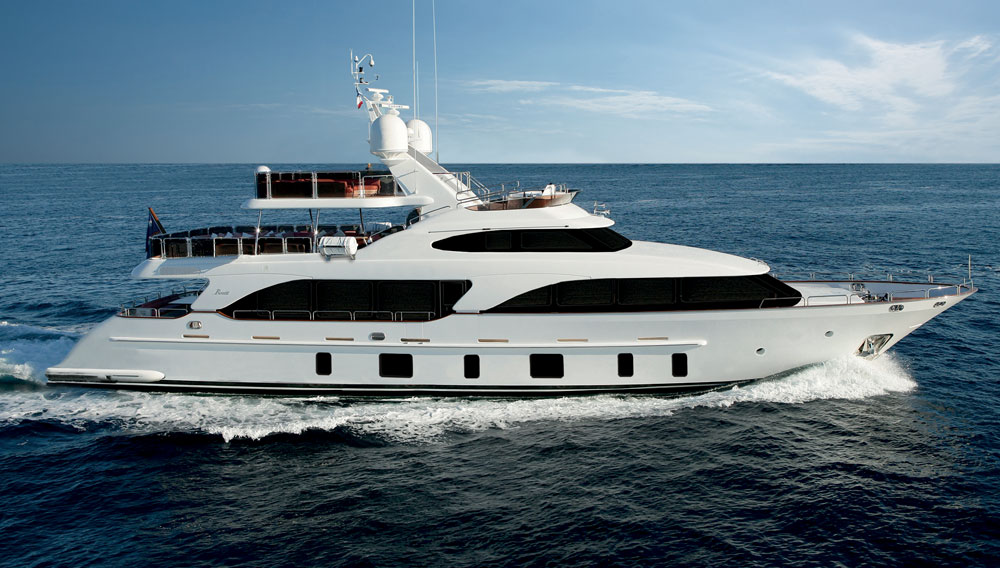 The Tradition 105 is the second of the new Benetti Class series that will be launched in summer 2010. Designer Stefano Righini wanted to transform the new 105 into a large social gathering space, so he included a sizable salon and dining area, a private portion of the flybridge (away from crew), and large staterooms with windows facing the ocean. Owners will be able to select from “classic” or “modern” interiors conceived by noted interior designer François Zuretti. The 105 will also come with an optional hybrid propulsion system to reduce CO2 emissions and noise.