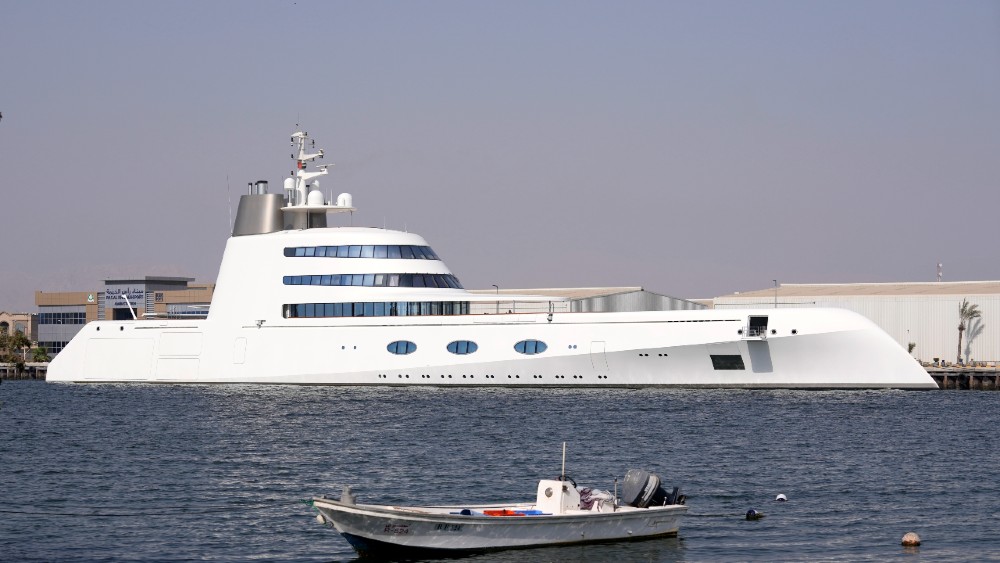 Six more superyachts, and a European yacht brokerage firm reportedly linked to Russian oligarchs, have been added to the sanctions list by the US, according to a statement released by the US Treasury Department.

The Treasury Dept.’s Office of Foreign Assets Control (OFAC) said yesterday that Russian-flagged Graceful and Cayman Islands-flagged Olympia were yachts in which Russian President Vladimir Putin had an interest, including having taken trips on these vessels. The office also targeted two other yachts with financial links to Putin, Shellest and Nega, which are owned by the Russian Non-profit Partnership Revival of Maritime Traditions.

Monaco-based Imperial Yachts is the first yacht-brokerage firm added to the US sanctions list. OFAC said that Imperial’s Moscow offices have provided “yacht-related services to Russia’s elites, including those in President Putin’s inner circle.”

Sailing Yacht A, which was impounded by Italian authorities in April, belongs to Russian oligarch Andrey Melnichenko; His Motor Yacht A remains in Dubai (opening Image).  Courtesy AP

The statement added that the 446-foot Flying Fox, a yacht already on the sanctions list, has also been connected to Imperial Yachts.

“Imperial Yachts has been targeted by numerous unfounded and inaccurate accusations following events that are unrelated to this family owned company and its services,” the company said in a statement sent to Robb Report. “The accusations made against us by the US Government and in the press are false. We will pursue all available legal remedies to resolve this matter promptly.”

Meanwhile, the number of yachts being seized continues to increase. Andrey Melnichenko’s Sailing Yacht A was impounded in Italy by the Guardia di Finanzia in March, while his Motor Yacht A is now in Dubai. The UAE is not confiscating Russian yachts. The superyacht Amadea was seized in Fiji in April, but remains in the middle of a court battle. Last Friday, the US won the latest round to gain permission to sail Amadea out of the country, claiming it is owned by Suleiman Kerimov, a Russian oligarch close to Putin. Attorneys fighting the US seizure say it’s owned by Eduard Khudainatov, another Russian not on the sanctions list. The Fijian court of appeals allowed 10 days before their order could be executed, presumably to give attorneys time to appeal to the Fijian Supreme Court.

The 435-ft. Flying Fox has been tied to Imperial Yachts, which is now on the US sanctions list. The Monaco-based yacht-services firm denies any wrongdoing.  Courtesy Imperial Yachts

Yesterday, the Treasury Department also named two other yachts, Madame Gu and Sea Rhapsody, as belonging to Russians on the sanctions list.

Elizabeth Rosenberg, assistant secretary for terrorist financing and finance crimes at the Treasury Department, said that cooperation for going after Russian oligarchs on the US sanctions list is increasing.

“It’s a huge leap forward on international cooperation for hunting assets, for freezing them and for pursuing law enforcement investigations and activity, including seizure activities,” Rosenberg told the New York Times. She added: “It will constrain Russia’s ability to make money to support their war effort.”