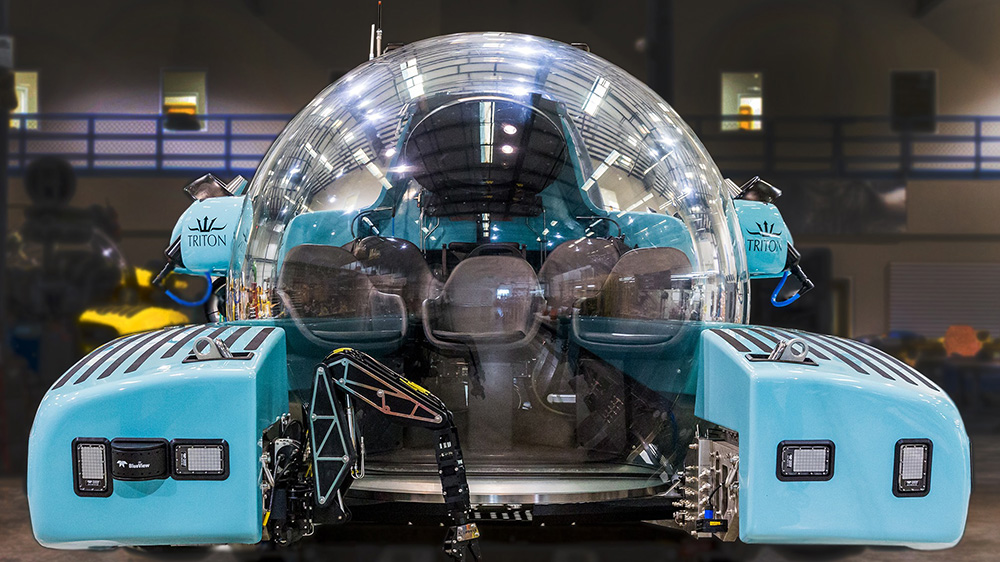 What fun is having a personal submarine if you can’t share it with your friends? Triton understands this, which is why its latest leisure-focused sub will take you and up to five friends into the ocean’s depths.

We’re not just talking a quick little underwater, snorkeling-style jaunt, either. The six-person submarine, dubbed the 3300/6, is capable of descending to 1,000 meters (or about 3,300 feet), making it the world’s highest capacity recreational submersible capable of reaching that depth.

The main reason why the 3300/6 has room for so many passengers is because of what Triton claims is the world’s largest spherical acrylic pressure hull. Accessible via a large hatch in the rear, the vessel’s cabin has comfortable ergonomic seating for you (or a pilot) and five other adults. And if you want even more room, the hull can also be configured to seat just four. The hull is also basically one giant transparent bubble giving you and your passengers a completely unobstructed view no matter where you’re seated. Enhancing this is an array of six 20,000-lumen LED lights that illuminating everything in the water around the vessel.

The bubble-like hull gives the 3300/6 a bit of a retro spaceship vibe. Despite this, there’s nothing old-fashioned about its tech. The vessel is powered by two main thrusters and two veteran thrusters, which at 12.5 kW each. These allow the craft to reach a top speed of 3 knots, which is nothing to write home about, but should be just right for cruising the sea’s underworld. The craft also features a touchscreen pilot system, joystick control and air conditioning so you don’t have to worry about things getting stuffy on particularly long underwater trips.

The 3300/6 can be launched and recovered using standard tender lift gear, so no need for special rigging for this vessel. But as you might imagine, your own personal submarine doesn’t come cheap. While Triton doesn’t list a price for the model, a smaller craft, the three-person 3300/3, starts at about $3 million.