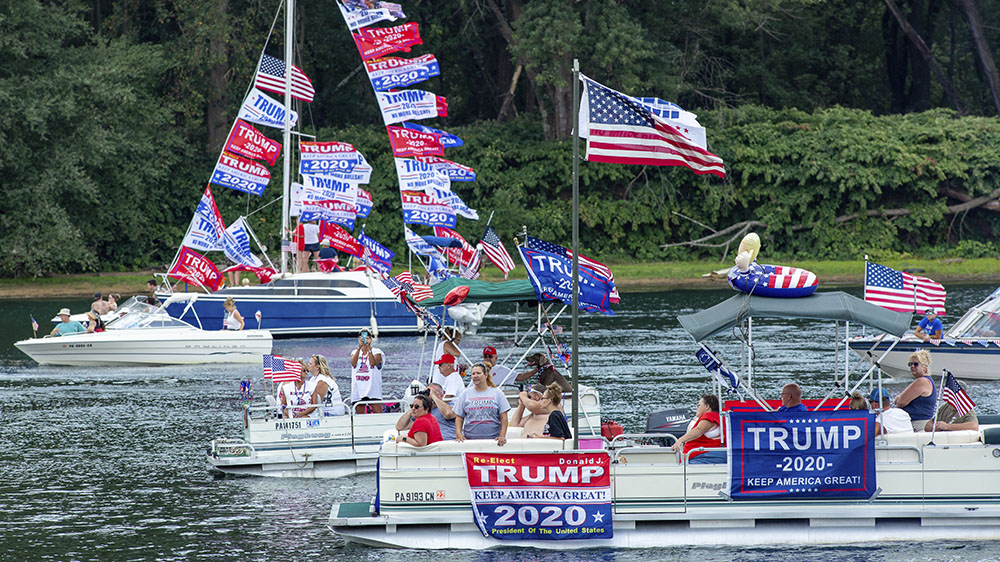 Ask Donald Trump how boaters feel about him and he’d likely tell you they love him, pointing to all the boat parades held in his honor ahead of the 2020 general election. It might be that other people in the communities where those boats are docked don’t seem to share those feelings.

While votes are still being counted across the nation, Trump appears to have lost four of the top five states for boat ownership, something Politico magazine contributing editor Bill Scher pointed out on Friday. Although Trump won Florida, the state with the most registered boats, the rest of the top five—Minnesota, Michigan, California and Wisconsin—all voted in favor of former Vice President Joe Biden.

To be clear, we’re not saying, of course, that boatowners themselves disapprove of the president. But what we can say is that the anecdotal enthusiasm boatowners have shown Trump hasn’t spilled over to other voters in their areas, according to the vote totals coming out of those states (as provided by The New York Times).

There was a moment during the summer of 2020 when the Trump boat parade, in which dozens and sometimes hundreds of boats draped in campaign paraphernalia would travel around showing their support for the president, became a big thing. And as the president was quick to point out, they were held all over the country, most notably in Florida, but also in states like Maryland, New York and Oregon. The most infamous of these parades may have been one held on Lake Travis in central Texas in early September, where authorities had to be called in to rescue several attendees after at least five boats sank.