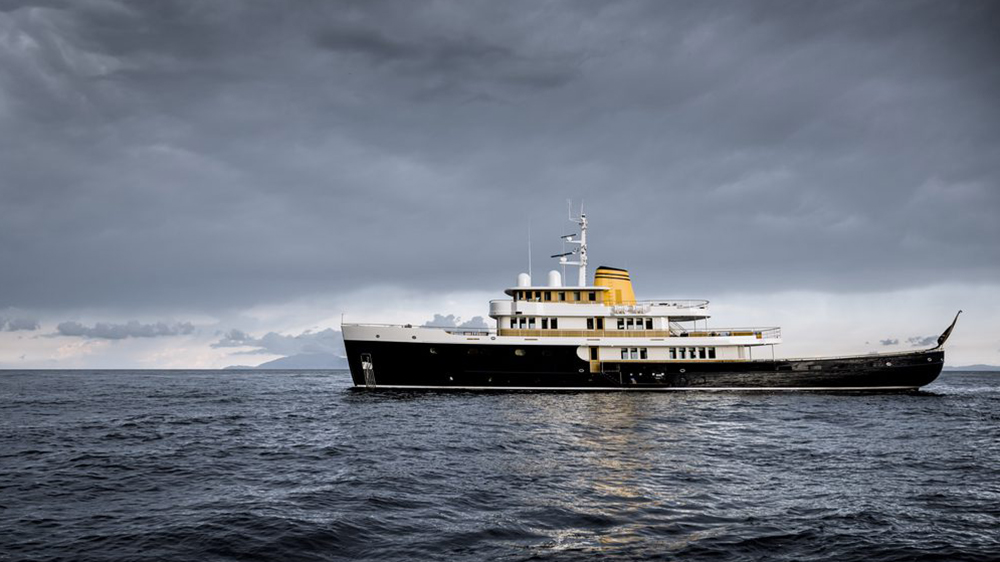 Turquoise Yachts’ latest boat may look like an old-timey steamer, but underneath its eye-catching exterior is a state-of-the-art expedition vessel.

The Blue II is the ideal fusion of old and new, effortlessly blending retro flair with advanced 21st-century technology. That tech also gives the 184-foot explorer versatility, allowing it to be as adept at cruising through the Mediterranean as it is navigating through the ice-strewn waters of the Arctic. 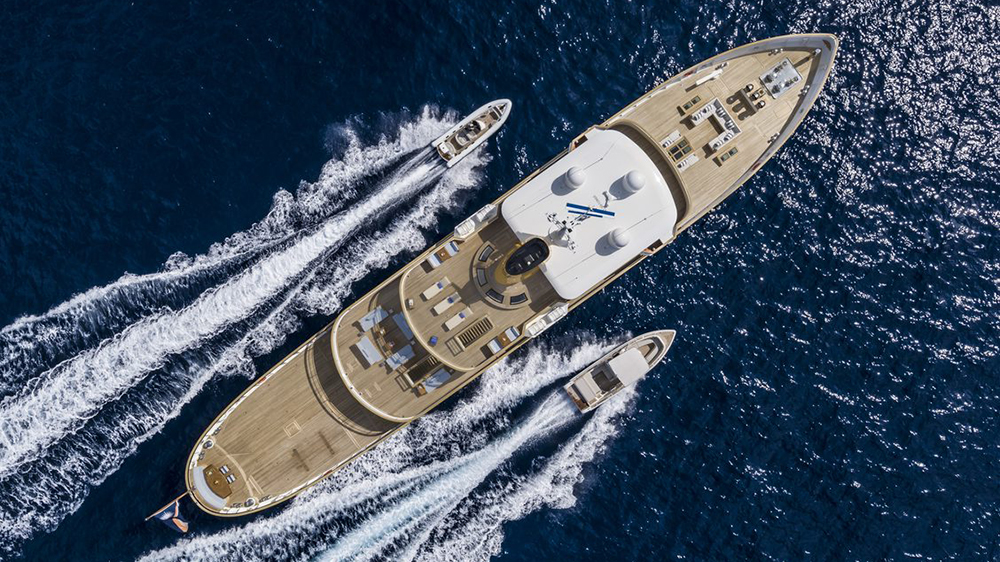 The Turkish-built ship’s exterior was designed by Andre Hoek of Hoek Design, and is the firm’s first and only motor yacht project. The boat’s handsome profile recalls classic steamships of the golden age of yachting. With the interior areas positioned at the vessel’s center, the boat has four spacious decks—one towards the bow, the other three near the stern—providing loads of space for entertaining or just laying out and catching some rays. She also offers plenty of garage space, including room for two tenders and two wave runners. 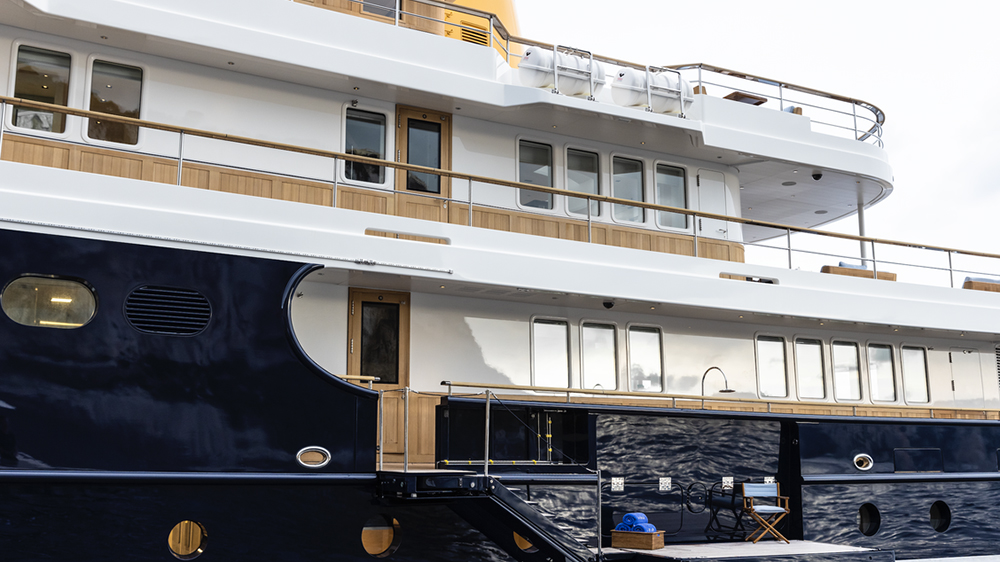 The interior, which was also styled by Hoek in cooperation with Vickers Studio and Dols Home, features classic elements, like teak detailing in a modern setting. The accommodations include a spacious owner’s suite, a VIP suite and four guest cabins. There’s also plenty of space for communal mingling, with a saloon and dining area on the mid-deck, a sky lounge. Meanwhile, the upper deck can help keep you relaxed and in shape while you cruise, offering a gym, massage room, sauna and Turkish bath.

But Blue II is as capable as she is stylish. Despite being the shipbuilder’s first ice yacht, she is an authentic explorer that’s been designated ice class 1B, so she’s hardy enough to travel through the polar regions and Northwest Passage. In addition to the ship’s many sea-keeping characteristics, she’s equipped with an IMO Tier III diesel-electric hybrid propulsion system coupled to a Renk reduction gearbox. All that lets her cruise at speeds of up to 13 knots. 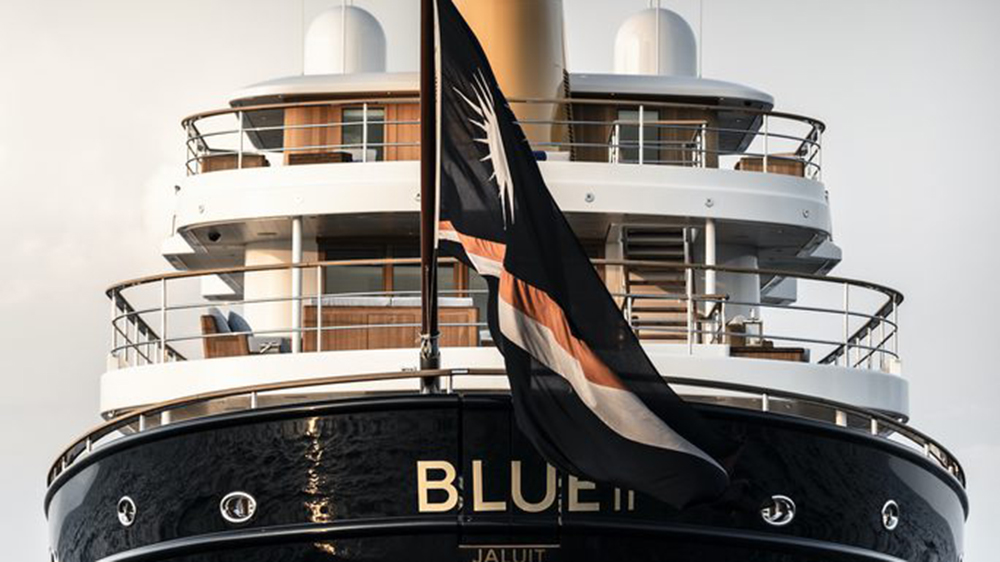 Construction on the Blue II’s hull begain in late 2016, but it wasn’t complete until last year. Despite the disruptions caused by Covid-19, the ship launched in May and was delivered to its undoubtedly appreciative owner during the summer.