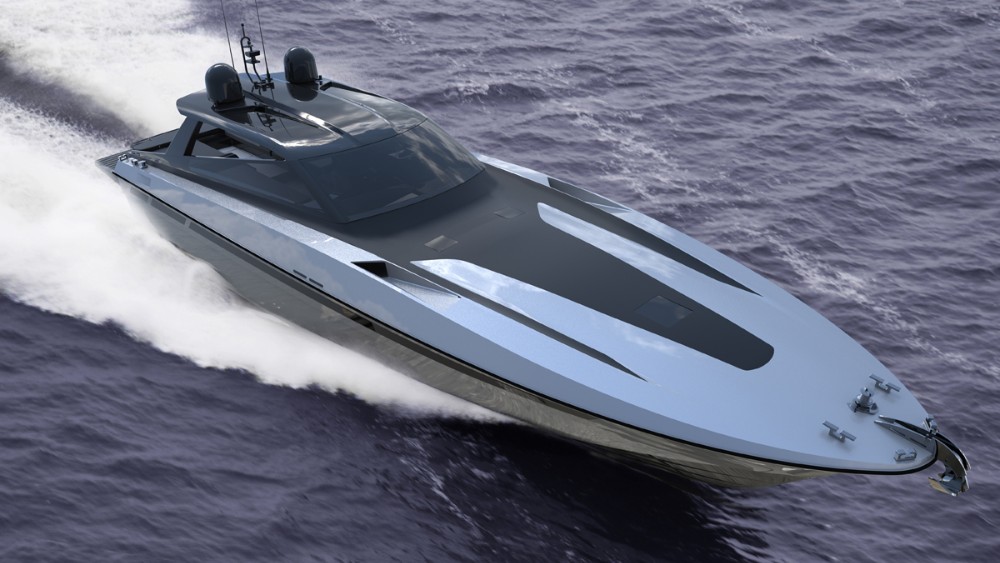 When most of the yachting sector is moving towards fuel-sipping, eco-friendly and decidedly slower yachts, two Italian builders continue towards their quests for speed and, with it, the cool factor.

Tecnomar, which made its name for sleek, performance yachts, has launched a new version of its EVO120. Its top end of 21 knots (24.1 mph) is unusually fast for a yacht its size, and the sleek, aerodynamic look of the superstructure fits the fast hull. The boat is powered by twin 12V2000 MTU diesels. It does have a slower, long-range side: At 10 knots, it has a range of 1,600 nautical miles.

In counterpoint to many yachts its size, the 120-footer has only three staterooms—a full-beam master, smaller VIP and standard guest cabin—so the six guests have plenty of space to spread out. The yacht also has a sundeck with infinity swimming pool and main deck with salon and formal dining area. The yard says that the new launch’s interior is fully customized, inspired by automotive design.

For its 120-foot length, Tecnomar’s 120EVO is a fast superyacht.  Courtesy Tecnomar

Otam has always built its brand around speed, and even its slower, more fuel-efficient boats look fast. The Genoa builder just announced a new “Bad Boys” version of its popular 58, restyled by BG Design Firm. The customized topsides on a proven hull—the 26th in the series—is a good combination for the owner, who requested the grey-blue and black coloring of the yacht, with a semi-open helm area.

The cockpit area has a bar, sofa and dining area—and two rear sunpads that lift hydraulically for when the boat is moving very fast.

The twin 1825 hp MTUs connected to Arneson surface drives is sure to quench the owner’s need for speed. It will cruise at 48 knots (55.2 mph) and then top out at over 55 knots (63.3 mph)—greased lightning for a 58-footer. Below-decks are two ensuite staterooms for four guests, and a third single cabin for one more guest or a captain.

The rear sunpads lift up hydraulically to seal the cockpit when the boat is at speed.  Courtesy Otam

Otam says the first Bad Boys model will make its premiere, fittingly, next year in Cannes—though at the yacht show rather than the film festival.