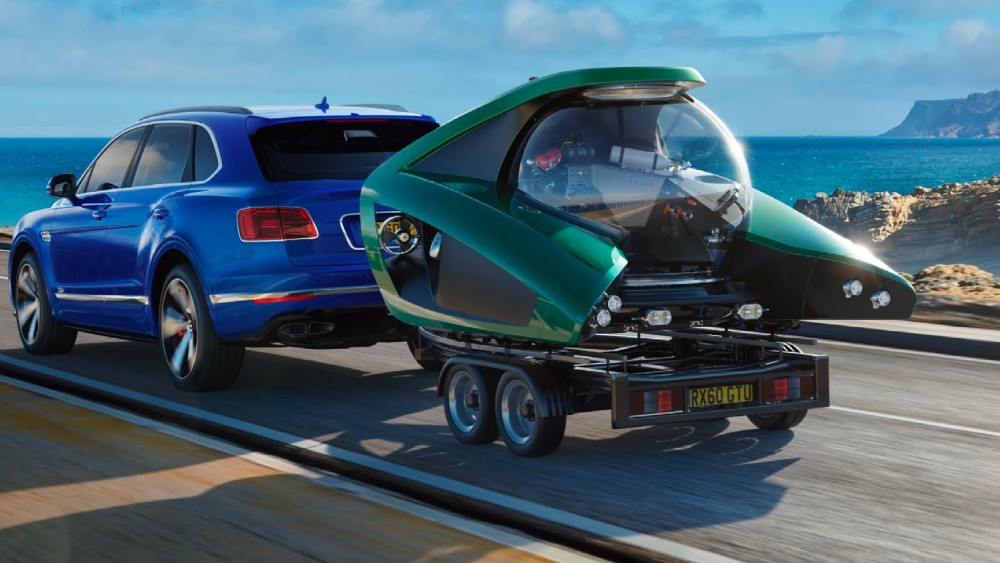 In the small but exclusive world of personal submarines, there are two brands: U-Boat Worx and Triton. The two go mano a mano for the most part, offering a range of subs for different missions, numbers of passengers and seat layouts. Both brands have their fans, unique selling points and recognizable looks. They also both share the James-Bond-cool factor of being able to take you way below the ocean’s surface to experience what was previously accessible only to professional submariners.

But the price tags, size and weight of the underwater craft have kept most potential buyers away from ownership. You have to be a billionaire and own a very large superyacht.

Until now. U-Boat Worx’s new Nemo is creating a fresh niche, first by designing a smaller sub that’s owner operated, and secondly by dropping the price to just over a million dollars—or at least half the price of any other personal submersible on the water.

Nemo was designed for simple operation, so the first buyers all plan to pilot their own mini-subs.  Courtesy U-Boat Worx

Nemo made its media debut last week in Curacao, where the Dutch manufacturer has a training and service facility for the Caribbean.

“This will be the first series production of a submersible,” U-Boat Worx’s Roy Heijdra, told Robb Report. “The first 10 of the line have already been sold.” The builder is ramping up production to fulfill what it expects to be healthy demand for Nemo, which will be available in one- or two-seat models.

Nemo will be compact, with roughly the same footprint as two jet skis. Heijdra says that the lower price and smaller size make it accessible to more than “the rich and famous,” because it’ll fit on smaller yachts, say above 100 feet in length, and its 5,500-pound weight can be towed, though you’ll need a serious truck.

U-Boat Worx came up with the concept to build a sub-compact sub 15 years ago to “make the ocean accessible to everyone,” but Heijdra says the world wasn’t ready for the idea. “Yacht owners wanted subs that could go much deeper than anything on the market at the time,” he says. “But now we’ve developed to the point now where we can make a relatively affordable submersible for a much broader audience.”

“Relatively affordable” is the key phrase here. The one-seat Nemo retails for about $1.02 million, while the two-seater is closer to $1.1 million. That’s obviously not cheap, but it’s a lot less expensive than anything else on the water. White is the standard exterior, but owners can custom-color their own subs for about $35,000. Other options include sonar, a manipulator arm, and a navigation package, which provides GPS coordinates to the helm console. The standard package includes two spotlights and floodlights, but owners can add extras for cutting through murky waters.

The owners who have purchased the first Nemos will operate the submersibles themselves, as opposed to having their yacht crew serve as drivers.

The 330-foot depth means that the submarine can explore wrecks that are too far down for recreational divers to reach.  Courtesy U-Boat Worx

The Nemo in Curacao looked cute and techy from the exterior, with its large acrylic sphere and two seats. It’s capable of diving to 330 feet, maneuvered by four electric thrusters—two vertical and two horizontal—with an average speed of 3 knots. That’s not super fast, but who wants to be in a hurry when you’re exploring a wreck or coral reef?

Even though U-Boat Worx simplified Nemo to keep costs down, the interior retains a luxurious look, with black trim and leather seats, and small LCD screens for navigation. “We streamlined the engineering to make it super easy to operate,” says Heijdra. “We followed the helicopter world when it comes to maintenance, with digital logs that are sent directly to a server so we know when it’s time to service it.”

Nemo will have eight hours of driving time, or staying submerged, on a normal day’s dive. The design isn’t as technical as some of U-Boat Worx’s larger, deeper-diving research subs. But one of the options is an exterior camera, so the craft can record marine life for research purposes.

With room for two, Nemo by U-Boat Worx aims to open up a new personal submarine category for owners.  Courtesy U-Boat Worx

For those worried about claustrophobia, the transparent dome should ease fears. Nemo also has air conditioning and heating to keep the interior comfortable in different water environments. It’s designed to dive in both tropical and arctic waters.

“We call it a ‘toy’ but it’s a very serious machine,” says Heijdra.

And a whole lot of fun.