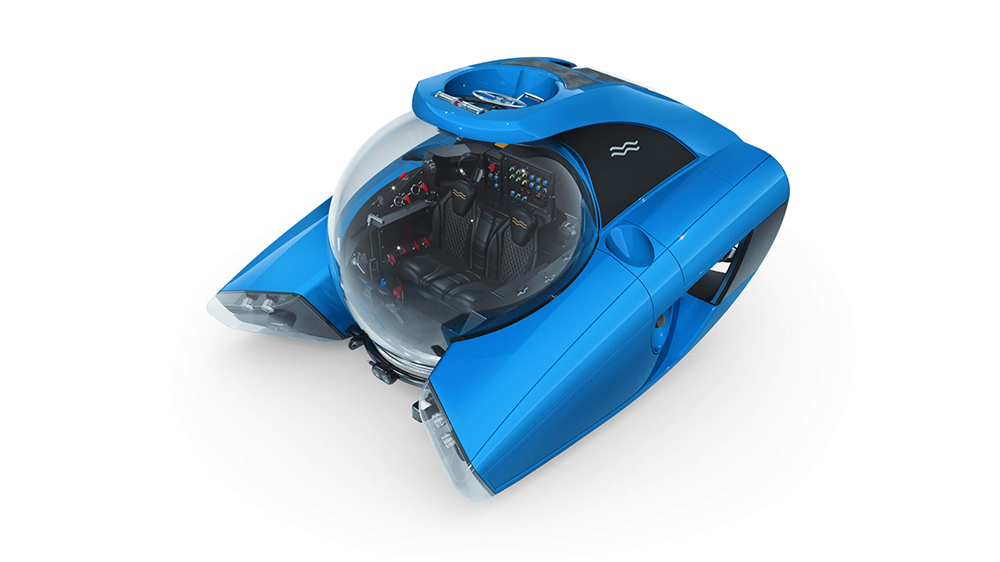 When it comes to owning a submarine, there’s always one nagging issue: You’re going to need a place to put it. But that isn’t really a problem for the latest personal sub by U-Boat Worx. That’s because the company’s newest concept, the Nemo, is light enough to be towed behind a mid-size SUV.

The Dutch manufacturer’s latest watercraft tips the scales at 5,510 pounds, making it the world’s lightest manned submarine, according to the company’s website. The lightweight, compact design means you can even bring the Nemo with you to the beach if you want.

The mini-sub stands just five feet tall and less than five feet wide, meaning it’s about the size of two water skies. This means it can also be stored in the garage of a superyacht. But despite the size, the company claims the sub has more than enough room for two passengers, both of whom get their own dedicated seat. For extra convenience, the Nemo can be easily launched from land via a boat ramp.

Under water the boat may be even more impressive. U-Boat Worx has touted some impressive performance specs for the submarine. It promises that the craft will be able to dive to a depth of 330 feet, giving you a glimpse of water life that you wouldn’t be able see with your average scuba dive. It’s also got some zip. The sub will also reportedly be able to reach a top speed of three knots under water. And you won’t have to rush back to the surface: U-Boat Worx says that Nemo can operate for up to eight hours before returning to base.

Of course, Nemo’s underwater adventures will come at a price—specifically  $1,060,800. But considering what you’re getting—and, maybe more importantly, what you’ll be able to brag about—it seems reasonable enough to us. The sub has yet to go into production, but U-Boat Worx promises that will change once demand has been met.