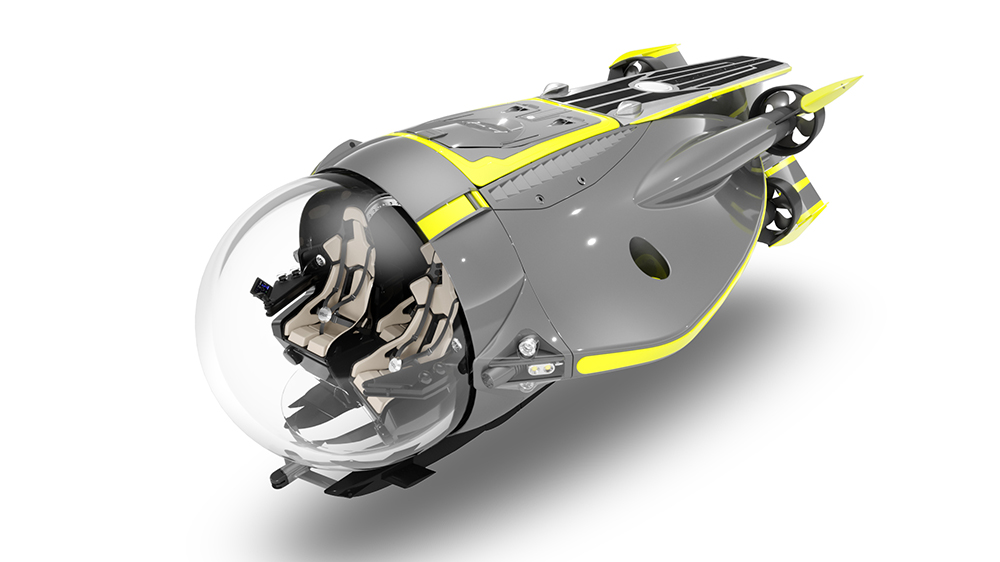 The U-Boat Worx Super Sub may not have launched yet, but it has already received a significant upgrade.

U-Boat Worx worked on the Super Sub redesign with Maritime Research Institute Netherlands. Thanks in no small part to the latter’s specialty in computational flow dynamics, the watercraft now sports a much more streamlined shape, with elements like its side fins smoothed out and better integrated into the rest of the body. After the modifications, the battery-powered submersible has the same efficient flow dynamics as an electric car.

The changes may not look like much at a glance, but they sound like they will make a world of difference. The Super Sub cuts through the water with more ease than before, a difference passengers will be able to feel. The first version had a top speed of 8 knots (or 9.2 mph), which is three times faster than most of its personal sub peers. The redesigned version, meanwhile, tops out at 10 knots (or 11.5 mph), according to the brand. That’s an improvement of 25 percent.

“We are very excited about this development,” U-Boat Worx CEO Bert Houtman said in a statement. “It’s something we have been working hard on, and now to have the most flow-dynamic submersible possible, we couldn’t be more pleased. We are confident that our clients will feel the same.”

Outside of the new design, there aren’t any other real differences between the earlier Super Sub and the redesigned version. The pilot and their passengers still sit in a transparent acrylic bubble that offers up completely unobstructed views of the water as they dive to a maximum depth of 300 m (984 feet). A set of hydrofoils in the back allow for 30-degree climbs and dives. The watercraft is also powered by four 15-kW thrusters that get their juice from a 62-kWh battery pack that can run for up eight hours underwater. In case you do run into problems in the depths, the sub has 96 hours of life support available.

Looking for a small sub of your own? You can’t order the Super Sub just yet, but U-Boat Worx says one has already been sold. Sea trials are scheduled for next spring, after which a release date and price will hopefully be announced.