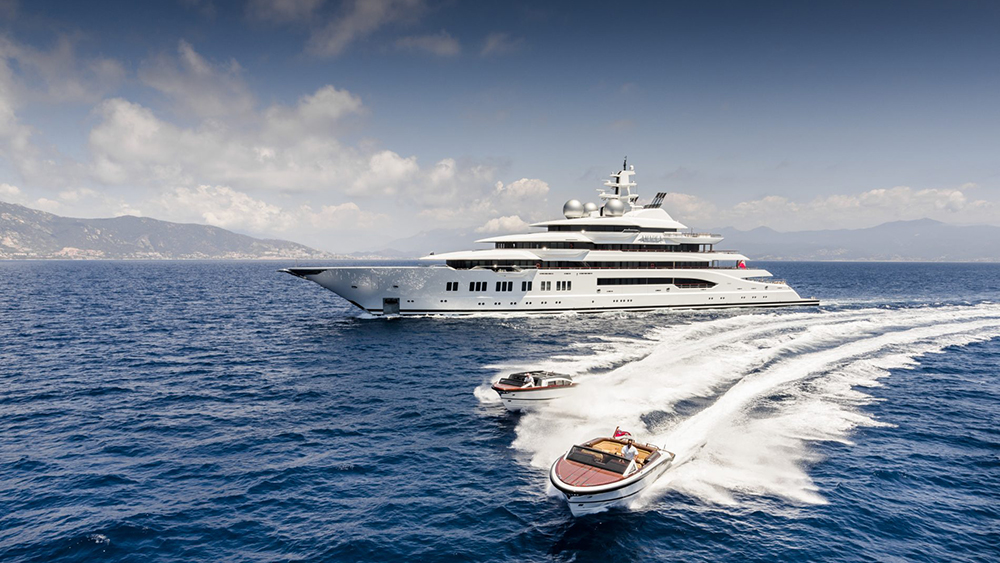 After a slow start, officials are finally moving on a Russian oligarch’s superyacht docked in Fiji.

Authorities believe the 350-footer in question, which goes by the name of Amadea, belongs to sanctioned Russian billionaire and politician Suleiman Kerimov. The yacht arrived in the Pacific island nation last week, but the nation’s officials did not immediately take steps to seize it. At the time, Fiji’s Health Minister said simply, “We don’t do Russians.”

As of this week, though, Fiji is working with the US to seize the multimillion-dollar Lürssen vessel. Fiji’s director of public prosecutions Christopher Pryde filed an application to the nation’s High Court on Tuesday to prevent Amadea from leaving Fiji until the US has the appropriate paperwork, as reported by Reuters.

The superyacht Amadea is widely believed to be owned by Russian oligarch Suleiman Kerimov.  Courtesy of Imperial

The court has not heard the application, but a superyacht agent in Fiji previously told Reuters that Amadea’s lawyers were contesting that Kerimov was the owner. Records viewed by Reuters show the yacht is registered to a company in the Cayman Islands.

“The legal ownership of the vessel remains subject to investigation,” a spokeswoman from Fiji’s Office of the Director of Public Prosecutions told the publication.

The 350-footer is currently docked in Fiji.  Courtesy of Imperial

“We continue to ratchet up the pressure on Putin’s oligarchs and we are working with allies and partners to go after corrupt gains from some of the individuals closest to Putin, no matter where they are held around the world,” the US embassy said in a statement on Tuesday.

The US has already seized a $90 million superyacht owned by sanctioned Russian oligarch Viktor Vekselberg. The country is not alone in its efforts, either. Italy, France, Finland, Germany, the Netherlands and the UK have also confiscated luxury vessels with connections to Russia’s wealthiest individuals in recent weeks.