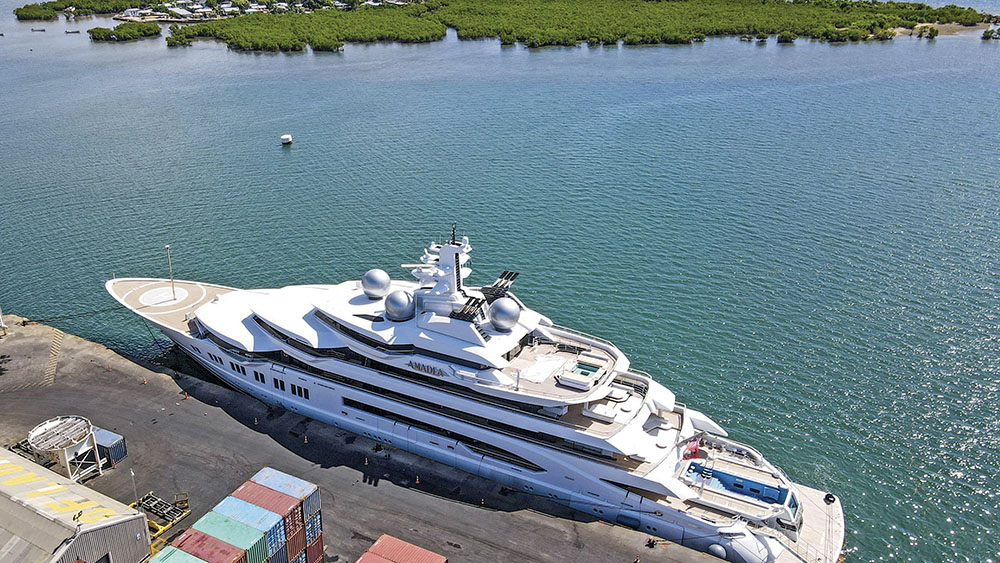 US officials have finally been given the okay to seize a superyacht in Fiji believed to be owned by a Russian oligarch.

According to authorities, the Amadea, a 350-foot-long, $325 million megayacht, is the property of Suleiman Kerimov, a gold tycoon who was sanctioned in March by the UK and the European Union because of his close ties to Vladimir Putin. The US government has been trying to impound the vessel since mid-April, and on Monday, the High Court in Fiji, where the yacht is docked, officially blessed the seizure, Bloomberg reports.

“We have imposed sanctions on Russian oligarchs who are financing Putin’s war and we will continue to act with our allies and partners around the world in imposing costs on the Kremlin if it continues its war of choice,” the US embassy in Fiji said in a statement.

The 350-foot-long “Amadea” has supremely luxurious features.  Courtesy of Imperial

According to the Bloomberg Billionaires Index, Kerimov is worth about $14.4 billion; his family owns almost half of Russia’s largest gold producer. In 2018, he was sanctioned by the US for being an official of the Russian government, and he was previously accused of money laundering in France, although he beat those charges.

The true owner of the yacht is the topic of some dispute, however. Millemarin Investments is the legal owner on paper, but the US alleges that Kerimov is the beneficial owner. According to Bloomberg, local media have reported that others say the boat belongs to Eduard Khudainatov, the former chairman and CEO of Rosneft, a Russian energy company, who does not appear to have been sanctioned. The vessel’s true owner will likely be decided later in a US court.

The Amadea arrived in Fiji on April 12, confusing local authorities because it hadn’t received the necessary permits. On April 19, Fiji detained the yacht after receiving a request for assistance from the US.

Since Russia invaded Ukraine in February, the US, UK and EU have sanctioned Russian oligarchs and attempted to seize their yachts, planes and homes. If and when the Amadea is taken, it will be among more than a dozen superyachts that Western governments have seized so far.