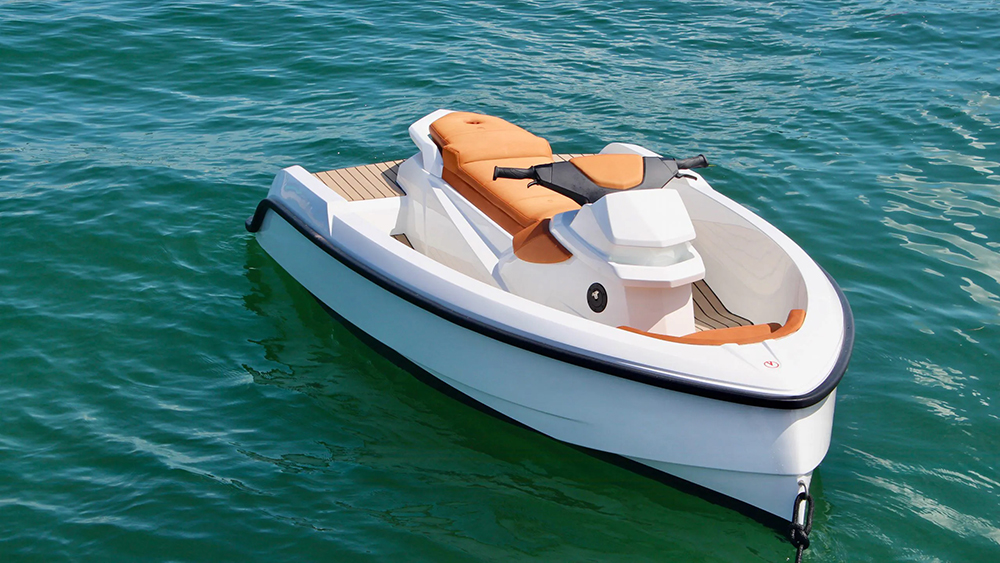 Let’s face it: Jet Skis typically aren’t the most stylish toy in a garage. That is, of course, until the folks at Vanquish Yachts chose to turn their attention to the often garish machine.

Back in September of 2019, the Dutch yard unveiled a 16-footer it billed as a crossover between tender and water scooter. The elegant watercraft, known as the VQ16, was a far cry from the neon Kawasaki designs favored by boy racers and was well received by seafarers. It was so popular, in fact, that Vanquish followed it up with a more compact model.

“The VQ16 generated lots of attention from day one, and dozens of them have already been built,” the yard said in a statement. “It didn’t take long before people were asking for a smaller version.”

Like its predecessor, the VQ11 was penned in close collaboration with noted yacht designer Guido de Groot. Spanning 11 feet, it sports the same sleek lines as one of Vanquish’s full-sized yachts. It’s quite similar to the previous model in terms of looks, but the smaller, more refined newcomer sounds like it’s a lot easier to handle. Indeed, Vanquish claims it has “extraordinary maneuverability” and “turns like a go-cart.”

The VQ11 can be neatly stored in your superyacht’s garage.  Vanquish Yachts

The VQ11 is still larger than your average Jet-Ski, though, with a beam of just over 5 feet. The vessel can accommodate a total of three people and has a “huge capacity for entertainment,” according to the yard. It is fitted with handsome wooden decking and a bench seat up front. To top it off, owners can fully customize the craft and paint it the same color as their superyacht, for instance.

Beyond looks, the VQ11 really packs a punch. It’s equipped with a 170 hp Seadoo engine and a jet drive that is built flat into the hull. It can reach a top speed of 40 knots all out. The craft can be used for everything from wakeboarding to water-skiing. You could also use it as a tender and chauffeur guests to shore for dinner and back to your yacht afterward.

The refined cruiser’s price is available upon request. To give you an idea, though, the VQ16 starts at around $100,000. Not bad for a mini-me tender that perfectly matches your mothership.