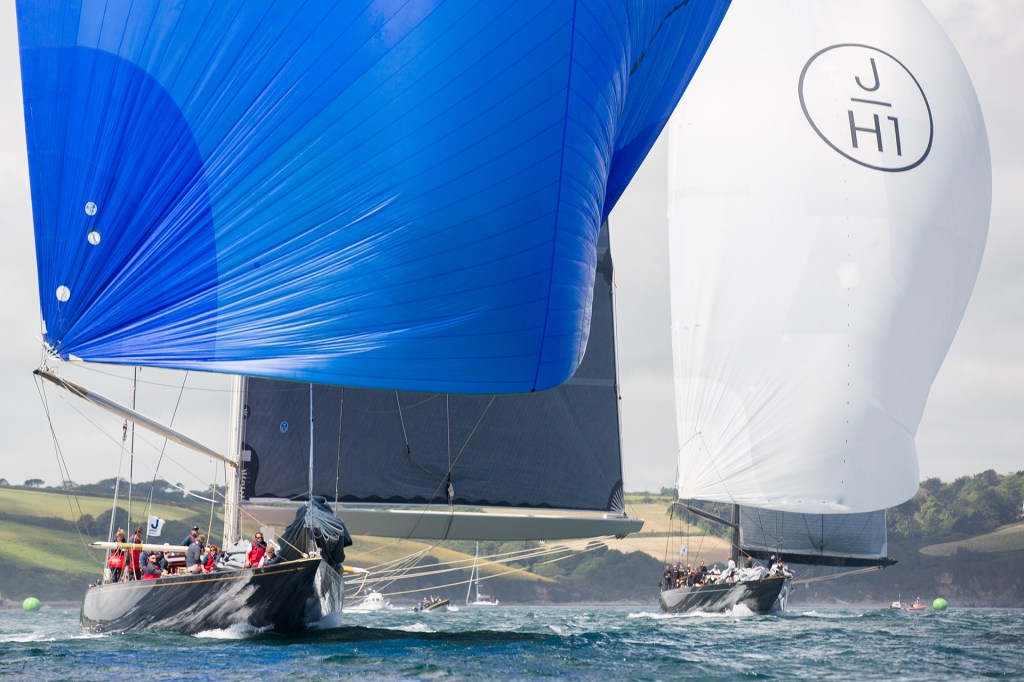 Velsheda and Lionheart Battle in the Falmouth J-Class Regatta

Over the years Pendennis Shipyard has had the pleasure of being able to work on some of the world’s most beautiful boats, not least of which includes a portfolio of refits on four of the J-Class yachts, including a major restoration on Shamrock V in 2001. In the past year alone Pendennis has completed two J-Class refits, including the modern J-Class, Lionheart, built in 2010, and one of the original J-class yacht’s Velsheda, which was launched in 1933.

Velsheda’s refit was completed in August 2016. She then left Cornwall to head straight down to Sardinia to compete against Lionheart in the Maxi Yacht Rolex Cup. The last time these two spectacular vessels were in battle was in 2015, with Lionheart securing victory fresh from a refit at Pendennis in the Falmouth J-Class Regatta, but Velsheda winning each race of the subsequent RYS Bicentenary Regatta in Cowes. So this year the gloves were off, and certainly Velsheda’s time at Pendennis seems to have been of benefit as the yacht performed exceptionally well, securing second place overall in the Super Maxi fleet. However, the duel didn’t end there, as Lionheart won the battle of the Js in the Corinthian’s Cup – despite both vessels securing equal points in their head-to-head, Lionheart was awarded victory based on countback. Things are certainly hotting up in the J-Class fleet ahead of next year’s America’s Cup in Bermuda, with the final J-Class regatta of 2016 due to take place in St Tropez at the end of this month.

Velsheda’s Captain, Barnaby Henshaw-Depledge, commented, “We were very pressured at the end of the Lloyd’s 20-year survey to make the Rolex Maxi Worlds on time. We always knew it was going to be a difficult undertaking, essentially achieving 6 months’ work in just 4. It was a testament to the Pendennis team and Velsheda crew, who worked cohesively throughout to achieve the required result.

I personally enjoyed the close working relationship we experienced with all the staff at Pendennis, who also have a great working relationship with Lloyd’s, a big bonus. I doubt that many shipyards would have either taken on the job given the timescale, or had both the facility and expertise to carry it out to the required standard.

The newly installed engine, gearbox and drivetrain proved to be up to the task as we had to motor for the majority of the 9.5-day passage to Porto Cervo, stopping once in Gibraltar to bunker fuel.

Needless to say, the Owner of Velsheda, who takes much pride in her, was very impressed with the outcome and subsequently enjoyed a great week of sailing with friends.”