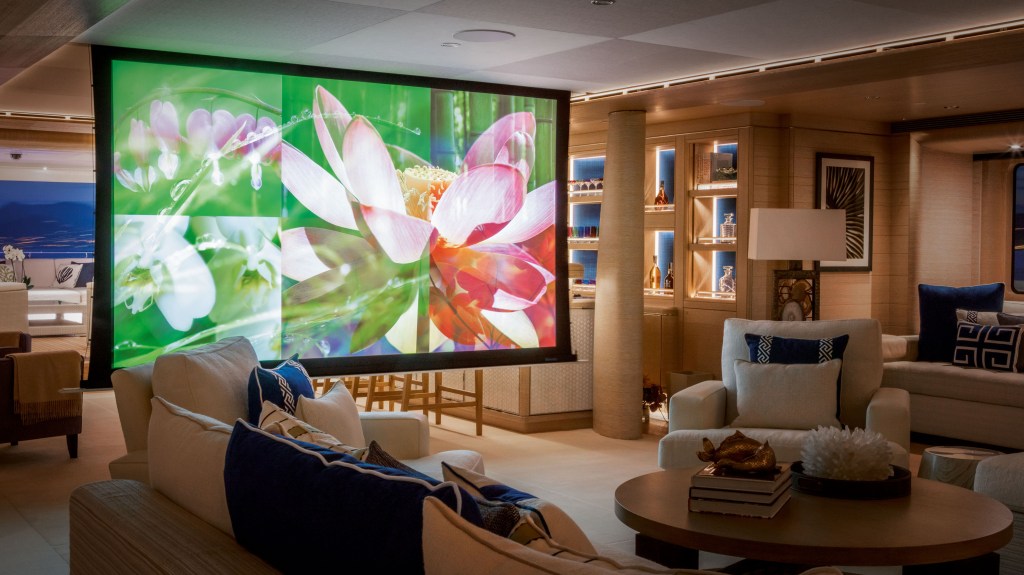 The 243-foot Cloud 9 was one of the most impressive superyacht launches of 2017. Italian yard CRN outdid itself in terms of one-of-a-kind features, like a dining area inside a circular glass room between the interior and exterior, an elaborate beach club with espresso bar that sweeps towards the water over a 20-foot-long platform, and a two-story outdoor movie screen on the owner’s private aft deck. Throw in the elegant interior by Studio Zuccon International, defined by beautiful cloudscape murals on the walls, and Cloud 9 becomes a best-in-class superyacht that promises to claim a big share of next year’s design awards.

Its coolest features, however, might be behind the bulkheads. Like many superyacht builders, CRN has become an IT expert as owners demand more sophisticated entertainment, communication internet, and security onboard their ever-larger yachts. Owners want the latest gadgets and streaming services that they use at home. Cloud 9’s owner, for instance, expects his boat’s entertainment systems to work flawlessly. Of course, the yacht has five decks, each of which are longer than two football fields. That is a lot of area to cover. 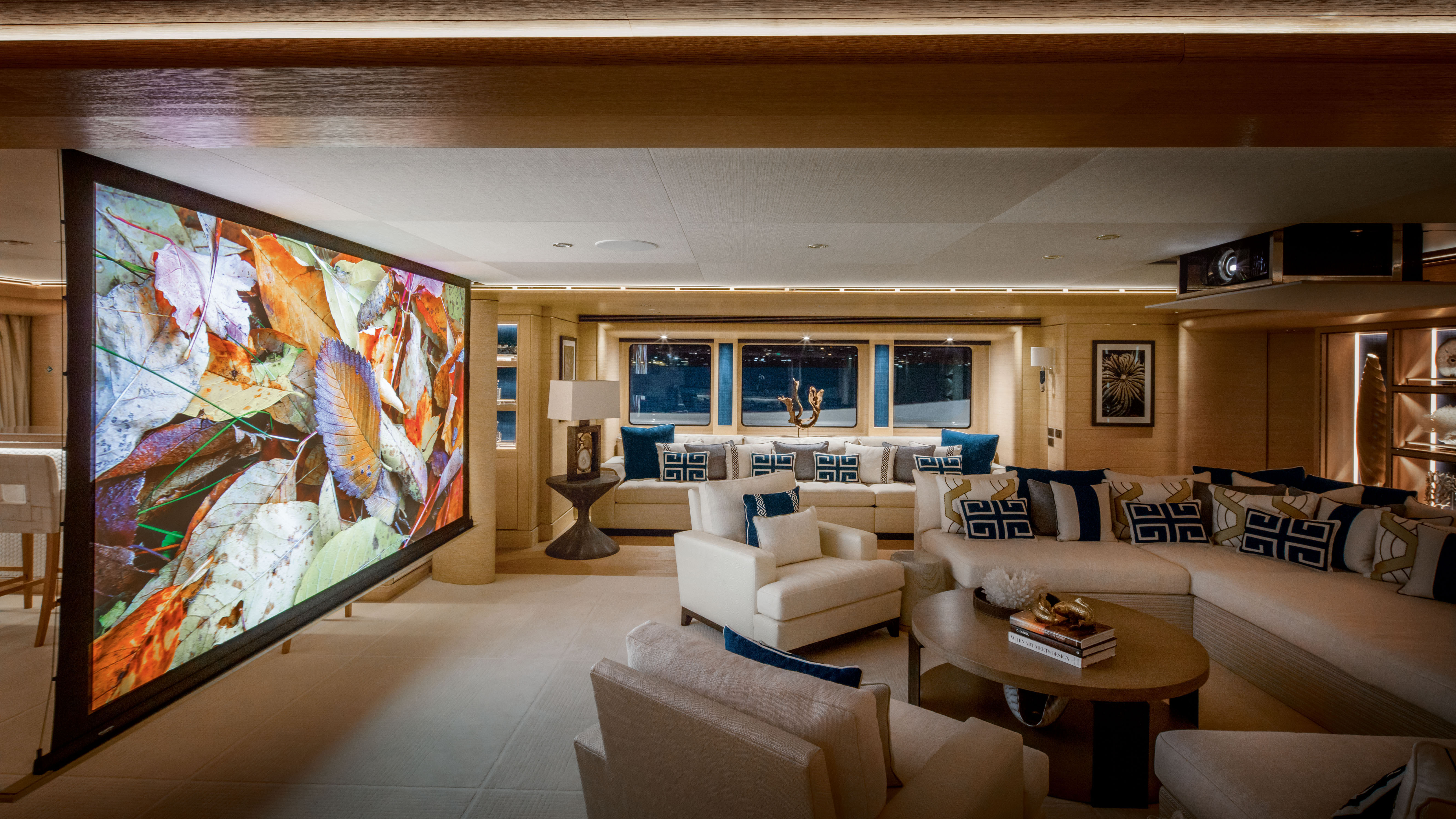 CRN rose to the challenge, partnering with Videoworks, an Italian electronics installer that specializes in superyachts, to create a seamless IT/entertainment/security network aboard Cloud 9. Maurizio Minossi, technical manager at Videoworks, says that Cloud 9’s customized electronics infrastructure was unusually complex. “The two things that made it possible were having clear specs from the owner’s team and a budget to design and install a professional wired and wireless Cisco network,” he says.

Superyacht owners have become increasingly savvy about technical features, says Minossi. “They’re more concerned with firewalls, antivirus, web filters, VPN, and bandwidth management than they’ve ever been,” he says. On Cloud 9, Videoworks installed a Kerio Control system that allows the owner to manage bandwidth speeds and consumption while protecting against viruses.

Videoworks cherry-picked top brands like Yamaha, Bowers & Wilkins speakers, Sony 4K Ultra-High Definition projectors, and motorized cinema screens for the interior. When opting for the exterior audio system, however, the installers faced a problem. They wanted crystal-clear, high-quality sound that would have the right decibels for exterior use (and coordinate with the Lutron special-effect lighting. But they didn’t want speakers or speaker holes all over the exterior. Revolution Acoustics’ SSP6 multiducers (multi-direction transducers) proved to be a high-tech solution. They were installed behind the aluminum bulkheads and some exterior furniture, effectively transforming the walls and furniture into the sound system. In other words, creating speakers without the speakers. “The bulkhead surfaces actually create a dramatic 3-D-audio effect,” says Minossi. “But because they are hidden, there is no impact on aesthetics.”

The owners also did away with Blu-ray, CD, or DVD players, instead opting to stream from Apple TV or iTunes. “We’ve witnessed the increasing abandonment of physical media like CDs and DVDs,” says Minossi. “That has had a big impact on the IT infrastructure. This will be more significant in the future, as integrated multimedia sources will be the new norm.”  Of course, everything can be controlled by iPad.

Cloud 9, available for charter through Burgess Yachts, sets new standards not only for its beauty, but also its ability to integrate technology into a massive hull. This is impressive because the system works in port or hundreds of miles offshore. The yacht clearly points the direction in which the superyacht segment is heading.