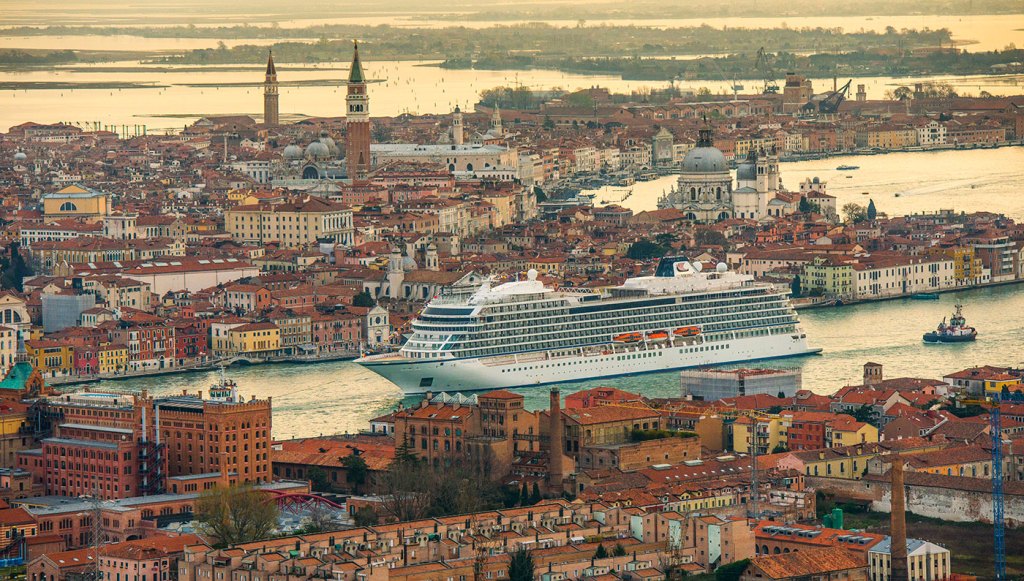 Luxury cruise line Viking Ocean Cruises recently debuted a second ship, soon to be christened as Viking Sea, adding to its lineup of destination-focused cruise possibilities. Equipped with 465 cabins, the ship can accommodate up to 930 passengers. After embarking on its maiden voyage from Istanbul to Venice, the ship will head to London’s River Thames to be christened on May 5. Viking Sea will then spend its maiden season sailing in Scandinavia, the Baltics, and the Mediterranean.

The high-end ship features an infinity pool, a wraparound promenade deck, and giant windows and skylights that let light stream into the airy interior. Inside, the ship is sprinkled with Scandinavian decor, including regional artwork and textiles, as well as pelts, star constellations, and ancient Viking maps in the two-deck Explorers’ Lounge. The LivNordic spa features a hydrotherapy pool and a Snow Grotto, a cooling snow room intended for quick refreshing visits in between the sauna, hot tub, and therapeutic showers. The concept was first implemented at sea with Viking’s first ship, Viking Star.

While in port, immersive cultural excursions (optional) include cooking with a countess in her Venetian palace, sailing a luxury sailboat on the Bay of Toulon, tasting brandy and cheese in Normandy, and hiking through a fjord in Norway.

Viking Ocean Cruises also plans to add several more ships to its fleet. A third ship, Viking Sky, will be delivered in early 2017. And three other ships will be presented in late 2017, 2018, and 2020. (vikingoceancruises.com)