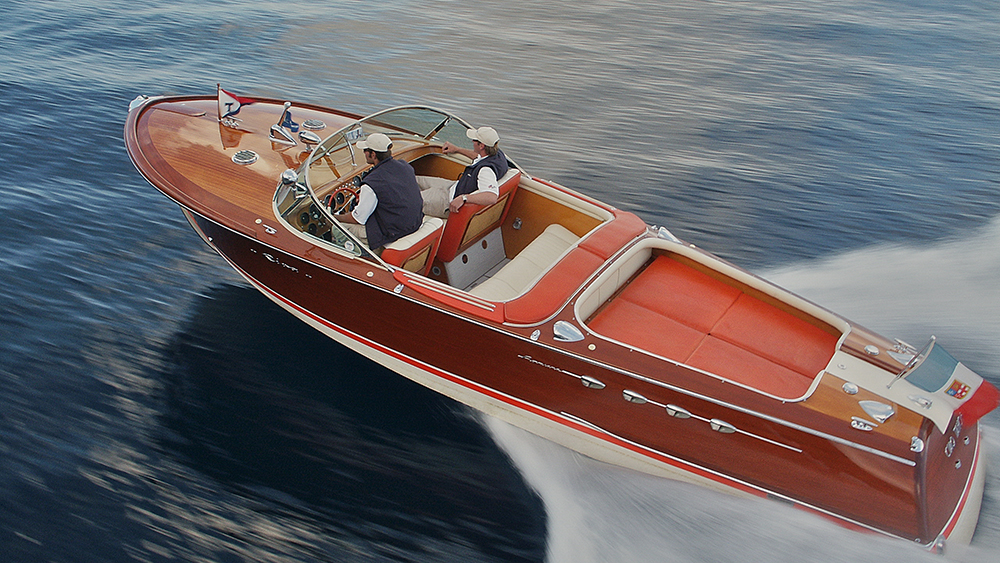 The classic-boat market has seen a shift in the past few years, with many seasoned owners selling off prized mahogany vessels as an influx of first-time buyers enters the market. “It’s not so much aging out as age-shifting,” says Herb Hall, president of Sierra Boat Company, a second-generation sales-and-restoration center on Lake Tahoe. “What we’re seeing is a younger, more affluent buyer who wants the really high-end stuff.”

As with classic-car connoisseurs, vintage-boat collectors tend to focus on specific periods, seeking out the most iconic models from favored decades. “We’ve found the ‘age window’ is about 30 years,” says Dave Bortner, owner of Freedom Boat Service in Mayer, Minn., the Midwest’s largest classic-boat dealer and restorer. “If someone in their 20s wanted a wooden boat like their father or grandfather had, it took them about 30 years before they could afford it.”

The market was steady, then shifted drastically around 2009. “After the recession, owners were selling their collections, and those fabulous, grand boats were becoming things people weren’t interested in anymore,” Bortner says. Desire transitioned from 1920s and ’30s triple-cockpit boats by Chris-Craft, Gar Wood and Hacker-Craft—all in high demand in the 1990s and early 2000s—to 1940s through 1960s runabouts.

But interest exploded again during the pandemic as people began to work remotely, often from second homes. “It created an unprecedented demand for vintage boats as a corollary to the lake home,” Bortner says. “People from [age] 40 to 60 who’d always wanted one started to buy them.”

The Antique and Classic Boat Society (ACBS), the 6,000-owner organization with 53 chapters in North America and France, saw 500 new members enter its ranks last year. And yet, except for the highest echelon of product such as historic one-offs or iconic models in short supply, including the Riva Aquarama, prices for classic boats have generally remained flat and plenty of models remain available.

That’s the good news—kind of. Any initial price tag can be deceiving, since owners can expect to pay an average of 10 percent of the cost of the boat per year for maintenance, varnishing and storage. And if restoration is needed, count on spending serious money. “I warn buyers that it might require an investment that’s about twice the market value after it’s restored,” Bortner says. “It’s best to be the first guy in line after the guy who restored it.”

And according to Alan Weinstein, owner of Riva Guru in Fort Lauderdale, Fla., those restoration prices are rocketing, especially for prized collector’s items. “In 2006, refinishing an Aquarama was about $50,000,” he says. “Now, with the cost of labor, we’re looking at almost $40,000 just to take the hardware off and sand it.”

Amid these rising secondary costs, there’s another switch taking place, with prolific collectors giving way to owners with perhaps just a single prized wooden boat but who spend considerable amounts keeping it in prime condition. “Twenty years ago, you saw people buying these like they were going out of style,” says Rob Lyons, president of the ACBS. “Now most people want just one that’s cool.” Plus, there’s now less of an emotional connection to wood. “It’s moved away from the generational connection and has more to do with nostalgia,” according to Lyons. “People see them as pieces of art.”

And, as with art, historical preservation is a key for some owners. “When we bought the boats, we were thinking of restoring great artisan products,” says Steve Luczo, owner of two Aquarama models on Italy’s Lake Iseo. “It’s always been part of the plan to have the kids inherit the boats. We taught them, ‘You don’t collect to accumulate stuff, but because it’s a preservation endeavor.’ ”

Or perhaps there’s just something about woodies. Bruce Paddock, who bought his first Riva Aquarama in 2009, recalls going to a waterside restaurant near his home on Lake Minnetonka, Minn., and watching the diners flock outside to gawk. “You don’t see such distinctive mahogany vessels often,” he says. “Even people who don’t know about boats said, ‘That’s the most beautiful boat I’ve ever seen.’ There’s something they instinctively love about the design.”