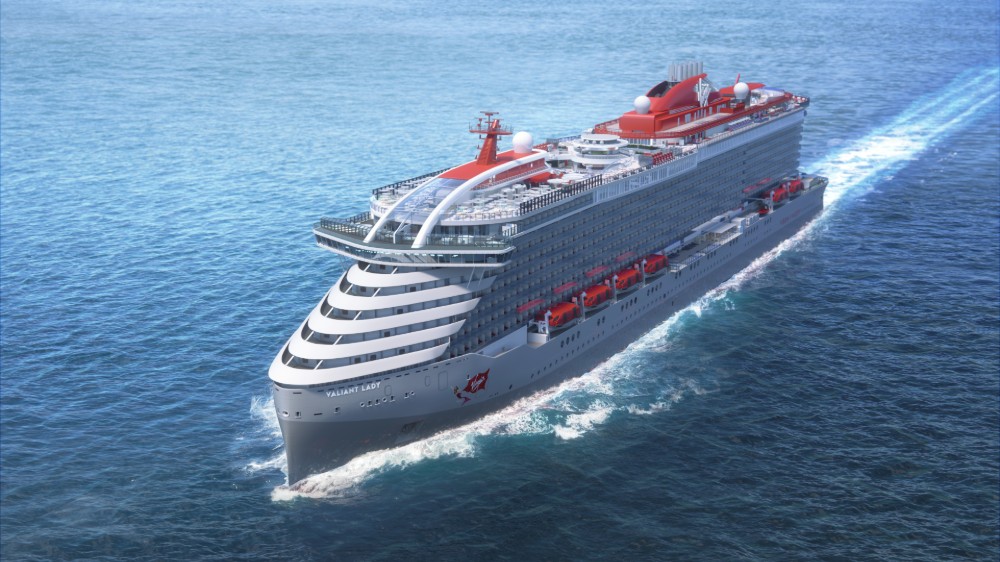 We may still be months away from the eagerly anticipated public launch of Virgin Voyages, but the new cruise line is already expanding. Richard Branson’s cruise for people who hate cruises has doubled in size after announcing its second ship, Valiant Lady.

But unlike its predecessor, Scarlet Lady, Valiant Lady won’t be based out of Miami. On Tuesday, the company announced that the second ship will have a home port of Barcelona and spend its days roaming the Mediterranean.

Debuting in May 2021, Valiant Lady will offer three distinct seven-night Mediterranean itineraries, each of which sets sail from the northern Spanish city and features a Friday night stay in Europe’s nightlife capital of Ibiza. The first itinerary focuses on the exotic, featuring stops in Monte Carlo, Marseille and Olbia. The second offers a wide-reaching sampling of the region, with port calls in Toulon, Ajaccio, Marina di Carrara and Cagliari. And the third itinerary is Spain-focused, with stops in Palma de Mallorca, Malaga and the British port of Gibraltar.

“We are thrilled to unveil the name of our second ship—Valiant Lady—and to deliver on our commitment to offer travelers a sea change in how they can experience cruising in this fantastic part of the world,” CEO Tom McAlpin said in a press release.

Like Scarlet Lady, the new ship will also continue Virgin Voyage’s Scarlet Squad initiative. The program is aimed at “recruiting, supporting and mentoring female shipboard talent,” and increasing the number of women in leadership roles onboard its ships.

Virgin Voyage’s inaugural ship is slated to make its debut next April, with voyages set for the Caribbean. With a 2,770-passenger capacity, the adults-only cruise will have more than 20 eateries, a handful of spa outlets and salons, an eclectic mix of entertainment venues and several fitness centers. In addition to offering its very own Virgin-branded beer onboard, the ship will also offer on-demand champagne service available at the shake of a smartphone.

While Scarlet Lady is currently open for booking, Virgin Voyage customers will have to wait a little bit longer before planning their first Mediterranean cruise. Booking for Valiant Lady won’t open up until December 19.