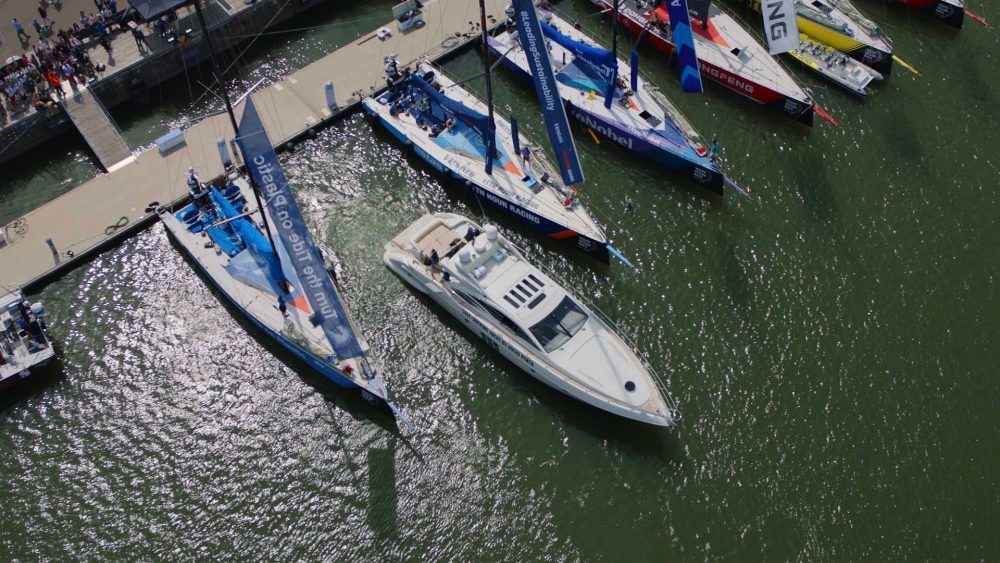 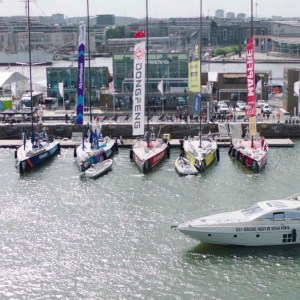 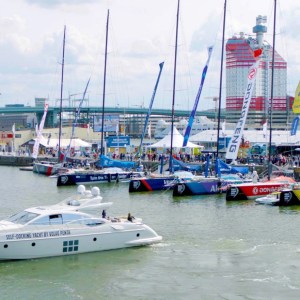 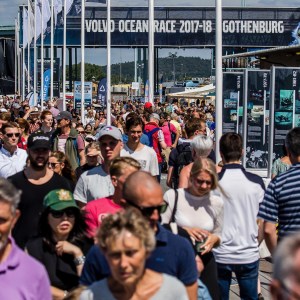 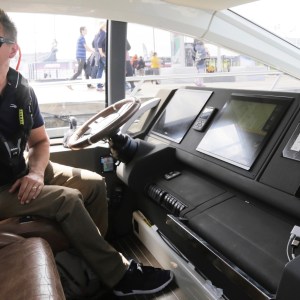 What do you get when you cross two high-tech, multimillion-dollar racing yachts with an Azimut 68 backing between them without a captain? A potential disaster. Unless, of course, the yacht is the world’s first with automatic docking system. Volvo Penta introduced its “Easy Docking” system at a recent stopover of the Volvo Ocean Race, a grueling global race aboard some of the most sophisticated carbon-fiber yachts ever designed. Volvo chose the Race Village near Volvo headquarters in Gothenburg, Sweden.

The introduction might have been a catastrophe, especially with a large crowd watching from shore and two race boats looking particularly vulnerable at the docks. Any helmsperson would’ve found this to be a nail-biting experience and most likely would’ve abandoned the exercise for a safer docking situation. Many new yachties have exited the sport after particularly embarrassing docking blunders. There’s a whole section on YouTube devoted to bad docking.

Yet the televised exercise went off without a hitch. The captain pushed a button on the helm and the system took over about 40 feet from the dock, being guided by the electronic vessel control slip. It plodded past the Volvo Ocean fleet and the onshore crowds, made a slow, steady turn with the rear facing the dock, and then backed into the slip between the two race boats, negotiating wind and currents. It did this without any sweat on foreheads, skipper husbands screaming at wives holding the lines to fend off the other yachts, or the scared revving of engines. There was none of the usual drama and angst associated with tight docking situations.

Volvo Penta added Easy Docking to its Inboard Performance System (IPS) engine drives, now standard on many yachts, through software additions and sensors in the Azimut’s cockpit. The system operates at first by using GPS, which takes control of the yacht from a “catch area” determined by the captain and then starts to move it automatically toward the dock. At a certain point, the sensors on the boat and sensors on the dock start talking and take control for more precise docking. “Getting it wrong can be embarrassing, expensive, and precarious,” Volvo Penta CEO Björn Ingemanson said about docking in general. “The sensors and onboard computers react in milliseconds to changing wind and sea conditions, constantly making micro adjustments in power and steering angle of the IPS drive to keep the boat on its intended course.” The sensors prompt the IPS system to negotiate winds, tides, and currents to bring the yacht neatly into the dock.

Easy Boating guided the Azimut in slower than most human captains might, but engineers said that slowness was built into the system. Volvo did not want the captain to get nervous if the boat suddenly seemed to be making fast, erratic movements. The IPS was a breakthrough for Volvo Penta in 2006, creating a more agile way to maneuver through joystick controls and giving the ability to sit in place with its GPS-based Dynamic Positioning System. The goal was to let yacht enthusiasts handle ever-larger yachts with confidence, without having to enlist a captain or crew.

Volvo emphasized that the system offers automatic docking, but is not an autonomous yacht. The captain needs to be at the helm during the process, ready to intervene if wind and waves are too strong for the system. Volvo is currently developing anti-collision features for Easy Boating, which will be ready on new yachts in 2020.