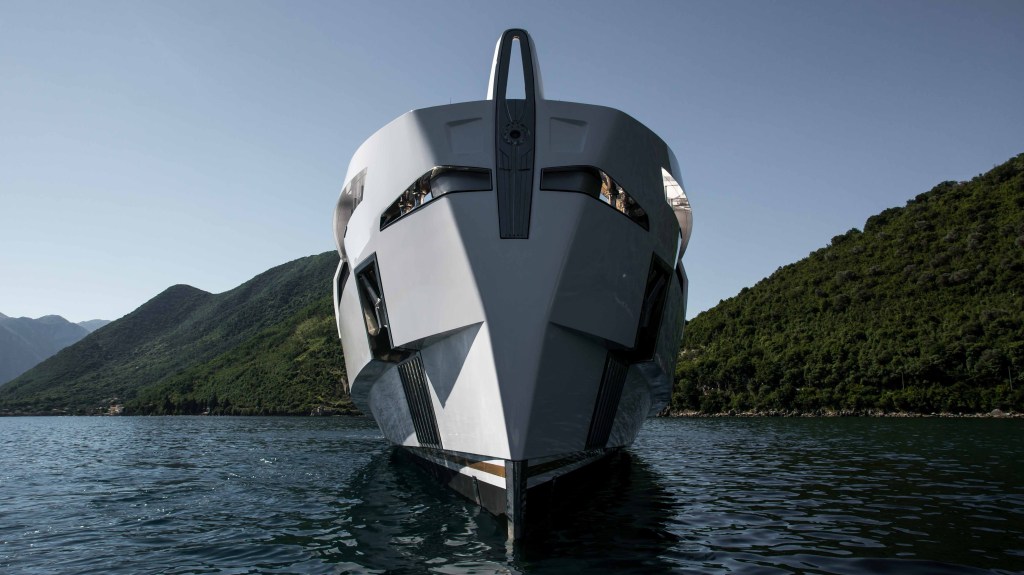 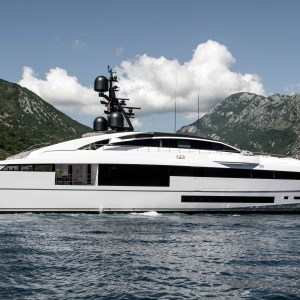 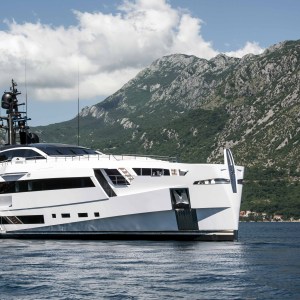 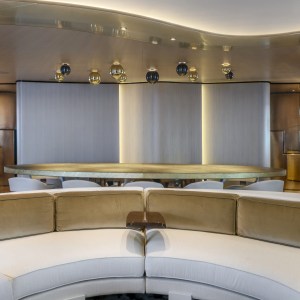 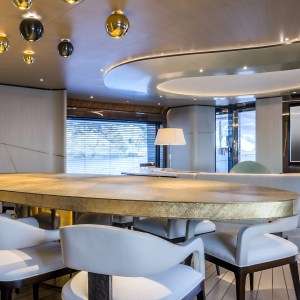 One of the most popular superyachts at the Monaco Yacht Show in September, Rossinavi’s Aurora is all sharp angles and straight lines. The yacht’s Fulvio de Simoni–designed exterior has dramatic cutouts along the forward edges and a gun-sight-shaped anchor chock at the bow. The 161-foot yacht’s only exterior curves are a slight bend in the pilothouse and arches toward the stern. Aurora’s 28-year-old owner mandated that the yacht be wild and beautiful but also a social animal, and so it has an unusually large beach club, with steam room, and a foredeck with lounges and a swimming pool. The interior has not one but three saloons, and two VIP staterooms, along with the stunning master suite on the main deck. Two other guest cabins are on the deck below.

Aurora could have gone down in yachting history as the ultimate bachelor’s pad, but Achille Salvagni’s interior is a decidedly feminine counterpoint. Salvagni used curves everywhere: circular sofas, soft-edged custom lamps, and even marble walls that, defying the laws of nature, bend gently around corners. Combining the different visions inside and out turned out to be a masterstroke in yacht design.

Here we share with you footage taken while touring Aurora at the Monaco Yacht Show.