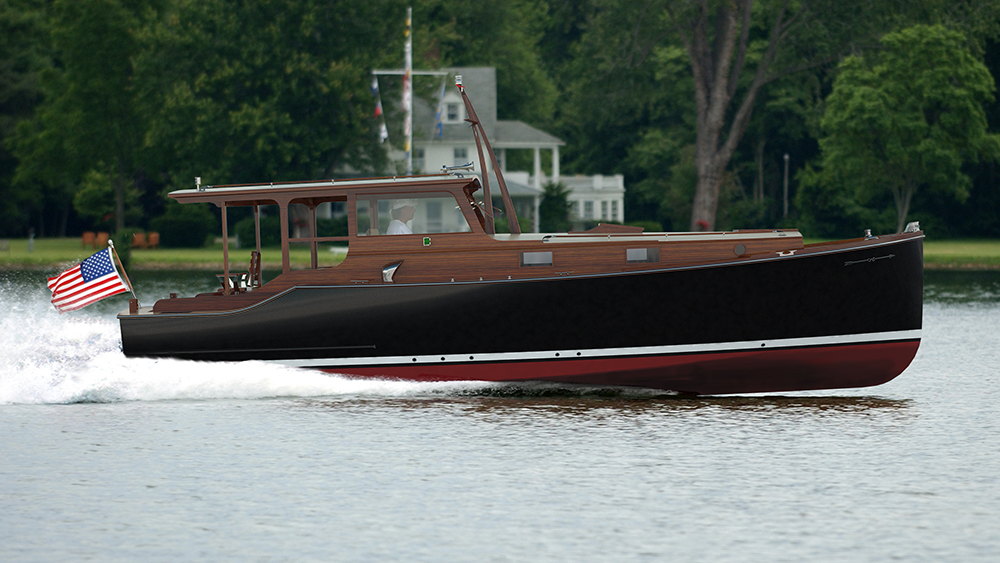 In 2012, Hilary Hemingway found herself crawling around the engine compartment of a boat docked outside Havana. “I’d been in many Hemingway homes,” she says, referring to her famous uncle, Ernest, “but I’d never been on Pilar. It was amazing access.”

Adopting the nickname of his third wife, Pauline, Pilar was Papa Hemingway’s custom 38-foot Wheeler Playmate, which the author and Nobel Prize winner shuttled between Key West, Bimini and Cuba as he helped pioneer big-game fishing. Hemingway had many adventures on Pilar: hunting for German U-boats, conducting environmental research for the American Museum of Natural History and shooting himself in the leg while trying to land a shark.

With Hilary Hemingway that day was Wes Wheeler, whose great-grandfather founded the Wheeler Shipbuilding Corp. in 1910. Wheeler and Hemingway had met a few years earlier, after she and actor Andy Garcia cowrote a script about her uncle and Gregorio Fuentes, his longtime captain. Wheeler helped restore a 34-foot Playmate that was intended to play Pilar on-screen, and the experience ignited his desire to revive the Wheeler Shipbuilding company, which produced more than 3,500 boats before closing in 1966.

This September, a new Pilar, reengineered from the measurements Wheeler and Hemingway took that day in Cuba, will mark the rise of the Wheeler Yacht Company. Built at Brooklin Boat Yard in Brooklin, Me., the reproduction will look like a motor yacht from the 1930s but with modern amenities, including iPad control, a touchscreen nav system, A/C and a stabilizer.

The new cold-molded mahogany exterior will match its namesake in looks above the waterline, but since its twin 370 hp Yanmars will push it to 25 knots—the original made about half that—the running surface is flatter, with sharper chines. “The shape of the forefoot and midsections are not much different,” says naval architect Bill Prince. “Any other changes are subtle.” The price, depending on options, will run about $1.5 million.

Wheeler hopes for strong interest in the Wheeler 38. After all, as Hilary Hemingway puts it, “It’s probably the most famous fishing boat in the world.”