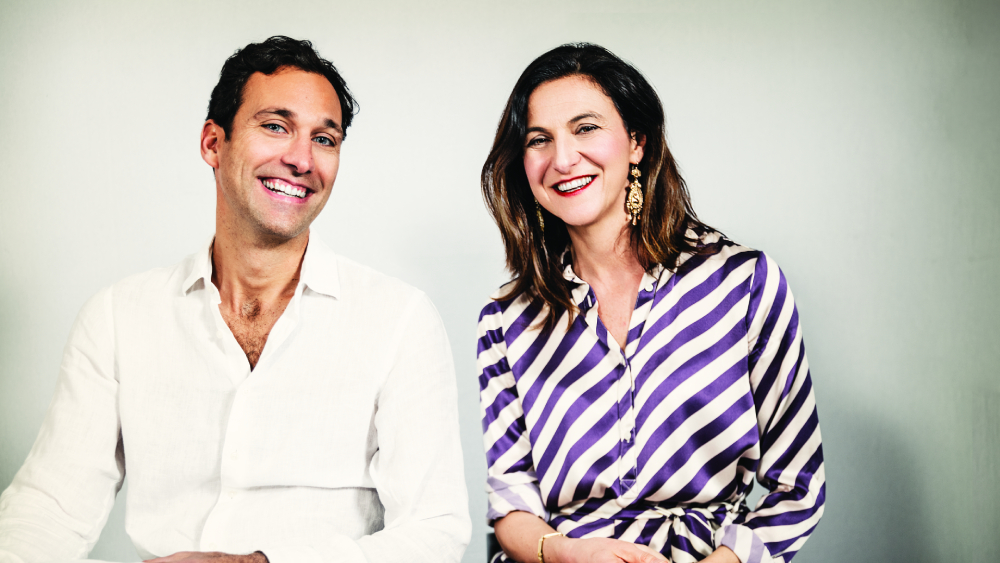 Giovanna Vitelli trained as an attorney before joining the world’s largest megayacht manufacturer, Azimut Benetti Group, as executive vice president. The company was established by her father in 1969.¶ Alberto Mancini is one of the industry’s top freelance designers, running a studio that has worked with Baglietto, Dominator and, of course, Azimut Benetti. ¶ They met in 2016, when Vitelli was auditioning new talent to follow the retiring Stefano Righini.

“We share a new way of seeing the world of yachting. We believe the world will go toward cleaner lines and timeless elegance. It’s not about creating the wow effect through many different, complicated shapes, shouting opulence.

“I’m from Turin, he is from Trieste, opposite parts of Italy. But both cities have a reputation for being pretty much conservative. They are kingdoms of the past, with great culture and tradition, not only in the architecture but a little bit in the spirit of the people. And that’s the way you can be ready to innovate and look into the future—when you come from a place where you’ve seen the beauty of tradition. I have a destiny with Trieste people, as our CEO [of Azimut Yachts] is also from there. Maybe I should marry one.

“Trieste is known for its strong winds, so there are a lot of good sailors there, from childhood. Alberto first went sailing with his parents, and also for me sailing was an interesting part of my childhood. When he talks to me about sailing, he knows what he’s talking about. We have the same ideas.

“We have a shared sense of beauty, even our way of dressing. From the beginning, we were two souls who shared the same holistic vision for the ultimate purpose of the project.

“Alberto is open to new challenges, and so am I. That’s definitely one of the reasons he was chosen by us. He has been sketching in front of us at meetings these incredible new ideas which turn into incredible new boats. What’s coming next is the largest boat we’ve ever built, where Alberto had an idea to open up the beach club so you don’t have an enclosed [room,] which counts for gross tonnage—and that gets the boat to stay within the 300-gross-tonnage limit before there are extra rules for safety. We have sold four of them, just from paper, before we’ve even presented them.”