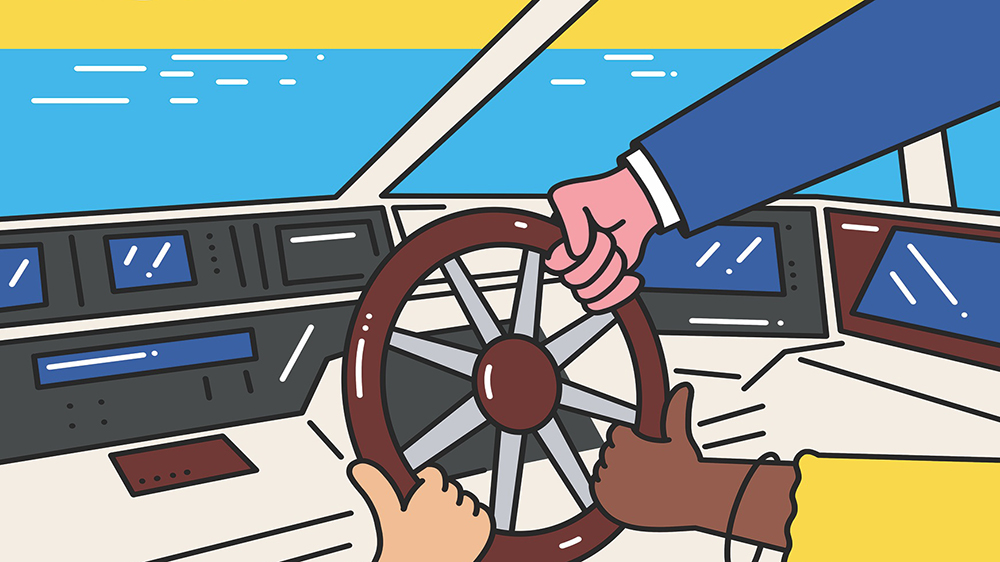 As a concept, fractional yachting makes sense: Shared ownership via a management company means lower costs, no maintenance or crew worries and (best case) a pleasant, turnkey experience. But the model has never found the foothold in yachting that it has in business aviation, which boasts a US fractional fleet of around 830 aircraft, ranging from $3 million light jets to $65 million Gulfstream G650s. Yachting, by contrast, has fewer than two dozen fractional vessels, most under 70 feet, owned by only a couple of companies. As for superyachts over 100 feet, there are only six.

“It’s a logical business model that gets an illogical reaction from the yachting community,” says Vincenzo Poerio, CEO of Tankoa Yachts. “A big reason is most yacht owners don’t like to share,” he says, adding that those who are willing tend to have very high expectations.

Another challenge is that, beyond vessel and crew management, fractional operations are expected to provide white-glove services. A success story in this marketplace is SeaNet, which began its shared-ownership program 18 years ago in California and now has a fleet of Benetti superyachts sailing the Mediterranean and the Caribbean.

“Benetti’s a name our clients are comfortable with,” says Mike Costa, SeaNet’s founder and CEO. “We acquired our first in 2016 and are now moving to our sixth Benetti, the 34-meter [approximately 111-foot] Oasis, currently in build.” SeaNet limits owner shares to four to maximize the number of weeks on the vessel. “We don’t want it to ever feel like a time-share or a use-it-or-lose-it situation because of the scheduling,” he says. SeaNet rotates owners each year during holidays and peak seasons for “equal prioritization,” as Costa puts it. Its fleet also includes luxury watercraft from Absolute, Sunseeker and VanDutch.

Swiss management and charter company Floating Life launched its shared model with three Norman Foster–designed sister ships around 2010, but only one remains in the program, the 134-foot Ocean Pearl, with shares starting at $500,000. There are plans for a more cruiser-friendly design called the Dream 42, a 138-footer that already has three signees for seven total ownership slots. The Andrea Pezzini–penned design has six staterooms—two with fold-down balconies—that reflect a focus on private exterior spaces and open-plan interiors.

For around $4 million per share, each owner receives 31 days of usage, and Floating Life does its best to personalize the onboard stay, whether that means installing private art or procuring favorite wines and other culinary preferences beforehand. “The owners don’t need to take care of anything,” says Filippo Rossi, Floating Life’s chief commercial officer. “When they’re done, it’s like leaving a hotel room—no worries about crew, cleanup, maintenance or the other issues that come with yacht ownership.”

Which sounds great, but it begs the question: Why hasn’t Floating Life found the full roster of buyers it needs to start building the Dream 42, particularly with today’s record demand? “It will always be a niche,” Rossi says. “Fractional will never revolutionize yachting. A yacht is simply too difficult for most companies to manage.”

Florida-based AvYachts jumped feet-first into the fractional pool in 2017 but eventually sold its Westport 130 and Westport 112; it’s still in the game, though now as more of a brokerage service that matches two owners with single yachts. It has no interest in the post-sales management side of the business, focusing instead on what founder Kathy Kennedy calls “shared ownership solutions.”

Patrick Gallagher, president of NetJets, calls the fractional-yachting concept “a fascinating model” but understands its shortcomings. “It doesn’t have the mix of business and leisure that complement each other,” he notes. “We also have guaranteed access year-round, while demand in yachting seems much more seasonal.” But, he adds, it could be a viable maritime model if someone “brings it to scale with the right operational restrictions.” Clearly easier said than done.