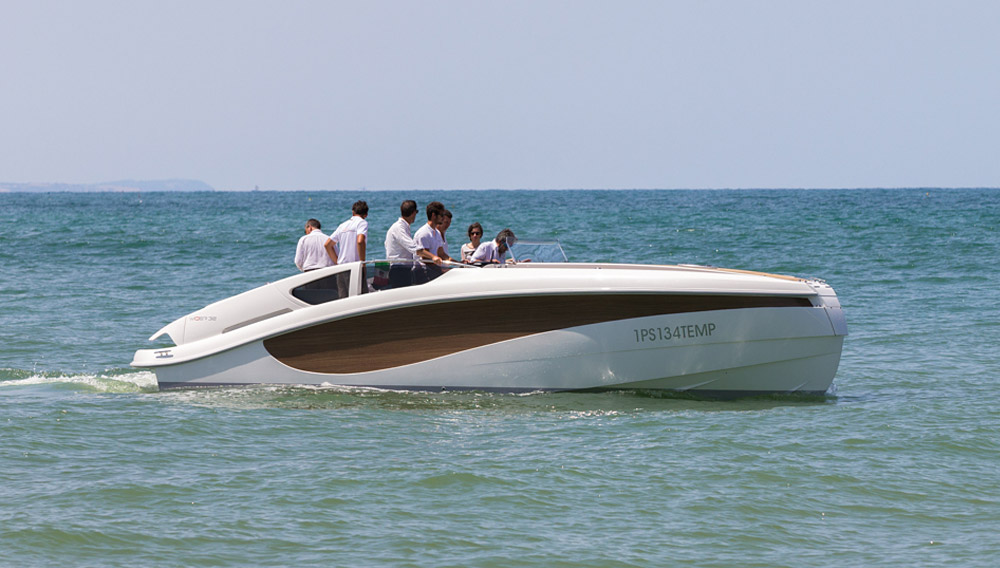 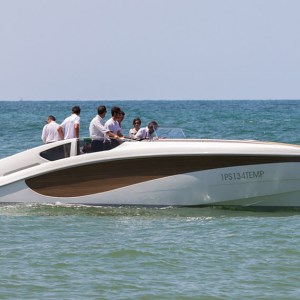 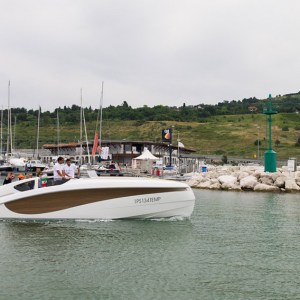 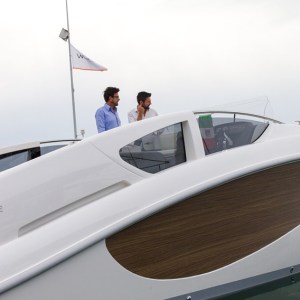 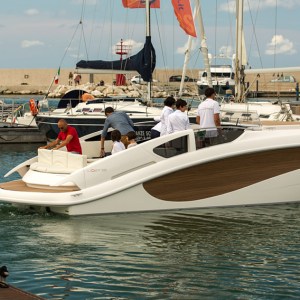 Last month, the Italian shipyard Wider Yachts launched the first boat in its Wider 32 line, which is only the second model since the brand’s founding in 2010. The success of its first model, the award-winning Wider 42, has helped build anticipation for the smaller Wider 32 and the company’s larger semicustom yachts that are currently under construction.

The Wider 32 is well suited to serve as a sport cruiser or a megayacht tender. Twin 260 hp Mercruiser engines power it to a cruise speed of 32 knots and a top speed of 37 knots. Penned by the independent yacht designer Fulvio De Simoni, the Wider 32’s hull follows a swooping arc that gives the boat the appearance of leaping out of the water. Nearly every aspect of the boat’s appearance can be tailored to its owner’s satisfaction, including a wide range of hull and deck color options. The yacht’s efficient deck plan, which is customizable with configurations that can include sunbathing platforms or a dining area, allows it to accommodate as many as 12 passengers. Below deck, the Wider 32 features two facing sofas that can be converted into berths for overnight trips. Interior spaces also include a galley and a full-beam head at the bow.

Along with the 32, Wider has also been hard at work on its first two megayachts, the Wider 165 and Wider 150, both of which are currently under construction. The first example of the Wider 150 is expected to be delivered to its owner next summer. (www.wider-yachts.com)