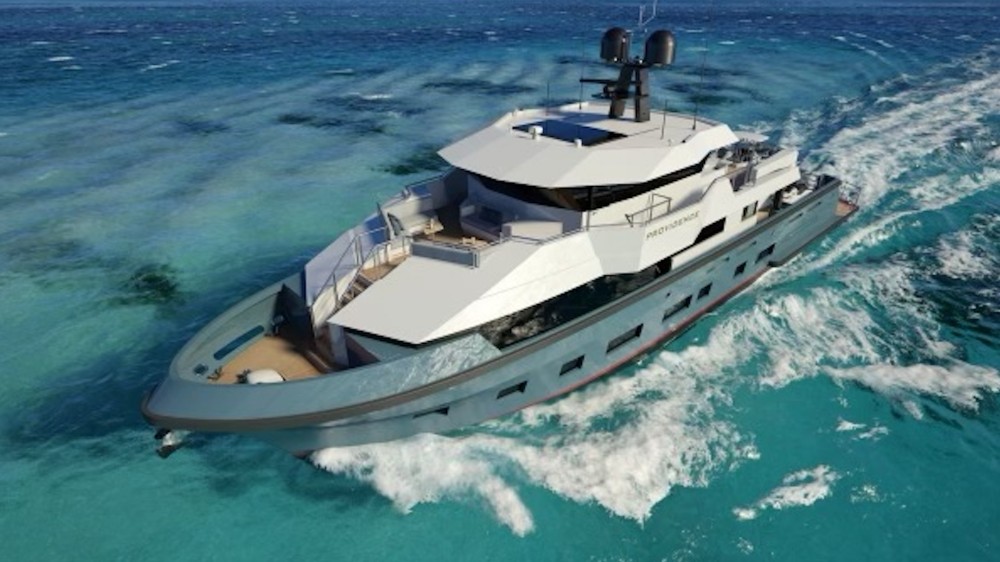 The world’s first NFT yacht sale was made last week on the Ethereum Blockchain. Designed by Gregory C. Marshall, the 110-footer will be built in Canada by Tactical Custom Boats. Last month, Marshall partnered with Cloud Yachts to introduce the NFT concept to yacht design and sales, offering a $95 million NFT of a custom-designed superyacht that will be built by Delta Marine in Seattle.

Last week’s 110-footer, which was minted via Opensea, is expected to take about 36 months to build, with a cost of about $12 million. On completion, Cloud Yachts and Tactical Custom Boats will mint a second NFT for the owner with all metadata from the build and he’ll receive his new explorer yacht.

Tactical CEO Tim Charles said he decided to use an NFT business model to “simplify” what is often a complex build process. All design and build data will be integrated into the NFT file. “The first client we presented the opportunity to loved the idea,” said Charles in a statement.

The unnamed owner is a Texas businessman. “We like the idea of pioneering a new process,” he said in the statement. The NFT could prove “useful in ways I had never imagined—like having all the data from my vessel at my fingertips. It will be a real adventure.”

The hull number two NFT will be marketed next week at the Palm Beach International Boat Show through Tactical and Denison SuperYachts.

Marshall told Robb Report that everyone is still trying to figure out how the process will work. In fact, he says, the initial crypto payment went to the wrong payee. “We had it sorted out in an hour and had a good laugh about it,” he says. “But we all recognize that mistakes will be made during the process.”

In about 36 months, the real-life version of this NFT will be cruising the world with its owner and his family.  Courtesy Cloud Yachts

The award-winning designer said he was surprised by the response after the Cloud Yachts initiative was launched at the Miami show. “The response was astonishing to us—people were coming out of the woodwork,” he says, noting that several of the NFTs sold during the Miami show have already been resold.

Oceanco also announced it had set up a new Superyacht NFT program. While the bespoke Dutch builder didn’t reveal plans for selling one of its gigayachts via blockchain, it did say that its NFT holders would have “special access to ongoing benefits that are experienced both virtually and in the real world.” It did not elaborate.

The collection is being designed by Timur Bozca, who based the initial designs on his design Esquel, Oceanco’s 345-foot explorer. Oceanco’s Group Marketing Director Paris Baloumis said the NFT idea was to move beyond the very closed world of superyachts, and to “make the exclusive more inclusive.”