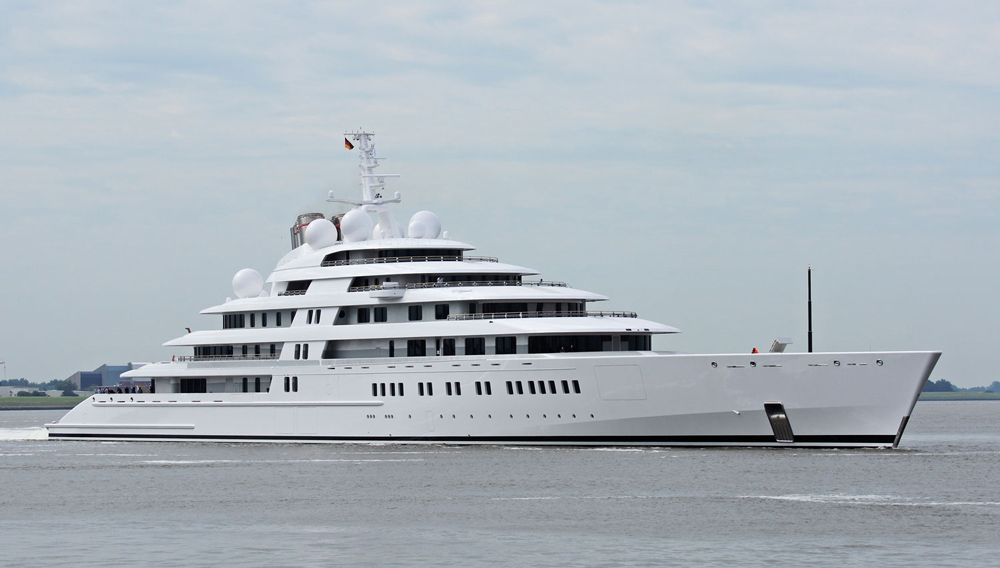 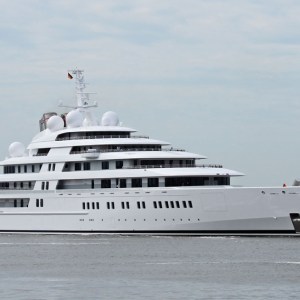 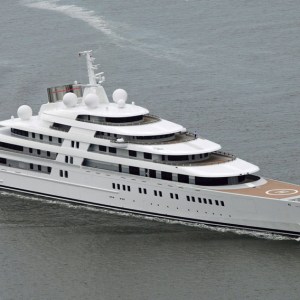 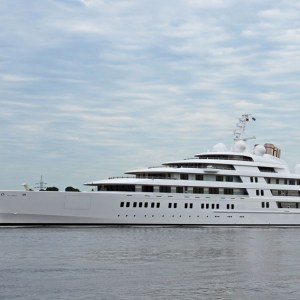 Launched over a year ago, the world’s largest yacht, Azzam, has now embarked on its first voyage after having left the Lürssen shipyard in Bremen, Germany, last fall. At 590 feet, Azzam is 59 feet longer than the previous world record holder, the Blohm and Voss–built yacht Eclipse. Given its mammoth size, Azzam’s relatively shallow draft of 14 feet and top speed of 30 knots make it all the more impressive. Many details about the yacht remain unknown, though it has been revealed that the naval architecture was penned by the Italian firm Nauta Yachts and that the interior was decorated in turn-of-the-century Empire style by the French designer Christophe Leoni. The ship’s itinerary also remains under wraps, but it has been spotted in Gibraltar and Casablanca, Morocco. (lurssen.com)