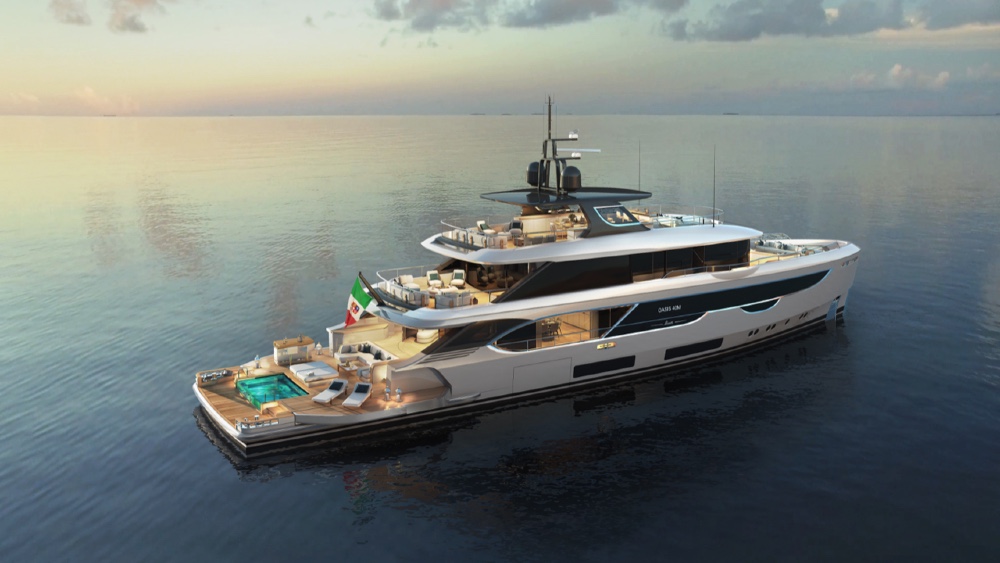 The Azimut-Benetti Group has named Marco Valle as its new chief executive officer. Valle, a 25-year veteran who was named CEO of Azimut Yachts in 2016, will now be chief executive of a joined Italian company that is uniting both brands for the first time. Azimut is considered one of the most respected production and semi-custom boat builders, while Benetti is the world’s largest builder of superyachts (by number of units), with a new gigayacht division with yachts over 330 feet.

Valle said in a press conference in Portofino, Italy, on Friday that he plans to “keep the two identities of the brands totally separate,” while also sharing the best practices of both groups. He said the company plans to increase its model numbers from 30 to 35, while also introducing nine new yachts over the next 18 months. “Since the beginning of the year, we’ve delivered 56 units and reasserted our dominance in yachts over 79 feet,” Valle added. “We’re also adding a new category of yacht that will be a trendsetter in the yachting world.”

Despite the complications of Covid-19 on production and distribution, Valle said the company saw its annual revenues increase from the start of the year, as demand soared for new boats.

Marco Valle, a 25-year Azimut veteran, will now be in charge of both the Azimut and Benetti super yacht brands.  Azimut Yachts

In introducing most of its new models, the company also brought on stage a number of the different yacht designers it has worked with over the past decade, including Alberto Mancini, Ken Freivokh, Giorgio M. Cassetta, Enrico Bonetti, and Adrian Chisnell of RWD. The varied styles of these designers show the diversity of the different lines in the two brands.

Azimut’s new flagship model, called the Trideck was designed by Achille Salvagni and Alberto Mancini, and will debut in January. Azimut’s Flybridge 53, also designed too by Mancini, is likewise scheduled to make its debut. Mancini said that the Trideck will employ concepts of minimalism, taking its cues from the automotive industry. “It’s difficult to do because this type of yacht is not necessarily elegant, but we kept it as clean and linear as possible,” Mancini said during the press conference. “At the same time, you won’t believe how much space is available inside.”

The Magellano 25 Metri, which was shown for the first time at Azimut-Benetti’s press conference last week, is a new style of explorer yacht. The brand plans to add two more Magellano models in the next 18 months.  Azimut Yachts

Azimut also announced a new Magellano 30 Meter yacht as well as an upcoming Magellano 66 for 2021. For the US market, the brand will introduce a new Verve 42.

Benetti showed off its first Oasis 40 M in Portofino. The company said that 10 units have already been sold. Another Oasis will be added to that category. Benetti said it was adding another category called Motopanfilo, “which promises to restore to the fullest all the charm of the classic watercraft models that made the brand famous in the 1960s,” said Valle. The company also said a new 121-footer in its B.Yond category will be launched next September.