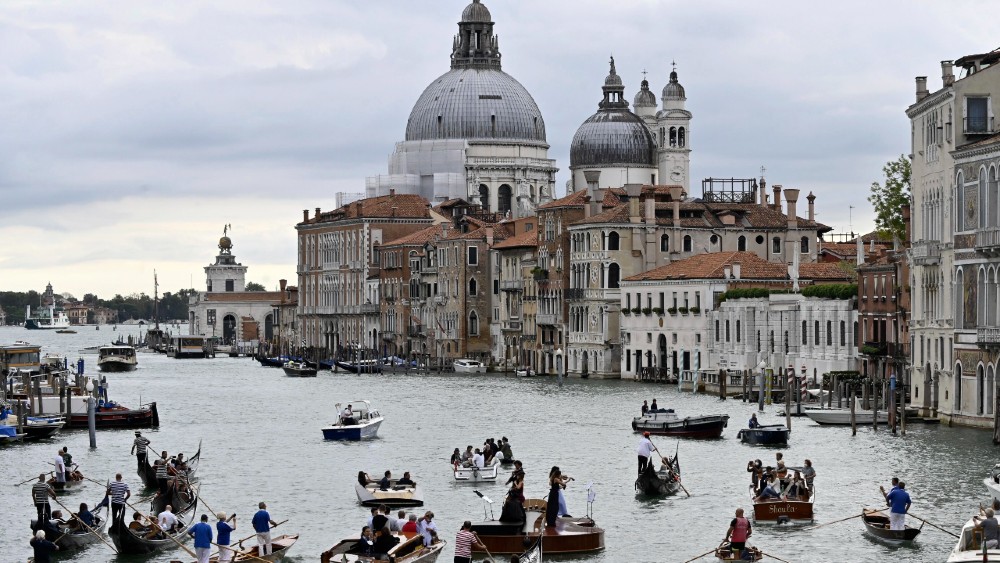 Sanlorenzo will be the main sponsor of the Italian Pavilion at the Biennale Arte 2022. The Italian yacht builder said it would be presenting an installation by Piero Lissoni called “Arena,” which is a metal platform situated on Venice’s Grand Canal.

Sanlorenzo has long been a patron of the arts, with previous sponsorships of La Biennale di Venezia, Art Basel, the Peggy Guggenheim Collection and La Triennale di Milano. Earlier this year, Sanlorenzo commissioned American artist McArthur Binion to paint “Cobalto” for Art Basel Miami. A number of other yacht builders were involved in that event, but Sanlorenzo is the only boatbuilder with a serious presence in the international art world.

Arena will be a functional exhibit on the edge of the Grand Canal.  Courtesy Sanlorenzo

As part of its reach, the builder has formed a special division called Sanlorenzo Arts, and commissions different artists at cultural and design events. Arena designer Lissoni has been San Lorenzo’s art director since 2018. “The pursuit of a bond with the art world has been a natural step for Sanlorenzo,” said Massimo Perotti, Sanlorenzo’s executive chairman, after announcing his company would become a patron of the Peggy Guggenheim Collection.

Lissoni describes Arena as a “platform with a geometric and telescopic shape” that faces the Grand Canal from the gardens of Palazzo Franchetti. It’s visible when crossing the Ponte dell’Accademia. The designer wanted to give a “new perspective” of the city during the seven months of Venice’s Biennale. The raised platform will also be used to host meetings and lectures with art, design and cultural figures.

“It’s a place of encounters and new perspectives, facing the Grand Canal,” says Lissoni, “with an amphitheater that dialogues with the garden, the palace and everything that passes by, a metal sculpture that reveals everything around it.”

The Biennale Arte 2022 will open on April 23. The campus is separated into country pavilions that have their own collections of art as well as contemporary sculpture. There are also components of cinema, theater, music, dance and architecture. The event runs through November 27, 2022.