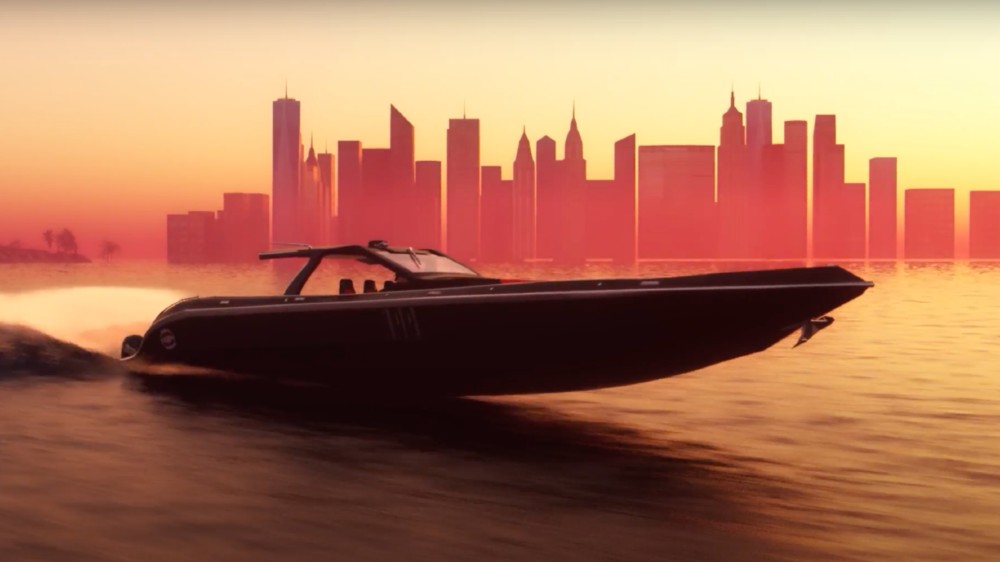 The seminal artistic and design event—which was virtual last year because of Covid—has typically trended towards fashion and the fine arts, but this week saw automakers, aircraft designers and now, yacht builders, claiming spaces in galleries and exhibit halls to show off new designs, or simply be a patron of the arts.

Sanlorenzo has been sponsoring different artists for the last four years, hosting displays of visual artists at Art Basel in Switzerland since 2017, as well as being the patron of art gatherings in Italy. This week, it became a presence at Art Basel Miami Beach. “Our owners are almost all art collectors,” said Sergio Buttiglieri, Sanlorenzo’s Style Director, giving one reason why the yacht brand decided to become visible in the art world. He also said the sponsorships was an attempt to open up the “closed environment” of the yachting industry, which often does not “appreciate the inclusion of other languages.”

Marco Segato, CEO of Sanlorenzo of the Americas, told Robb Report the yacht builder wanted to feature an American artist at the event. “His painting is also minimalist and conceptual, which is similar to what we do with many of our interior designs,” Segato said, adding that Sanlorenzo is including visual artists more often in its design work.

The builder also sponsored a panel discussion by Flash Art, a contemporary art magazine, during the event.

“Cobalto” by McArthur Binion was a piece of work sponsored by Sanlorenzo Yachts. The artist used an a cobalt blue ink from Italy and the yacht builder says the work reflects its dedication to the sea.  Courtesy Sanlorenzo Yachts

Polish luxury catamaran builder, Sunreef Yachts, planned to have a yacht on hand with an exterior wrapped by Skyler Grey, an American artist the company is sponsoring, but it didn’t arrive to the US on time. Grey also works with Lamborghini. The company had an event with Grey at Kiki on the River.

“Yacht design is a complex combination of creativity and engineering,” Sunreef CEO Francis Lapp told Robb Report. “Working with an artist is for us a way to take a fresh look at what we do. A change of perspective is vital, especially when you want to keep innovating. Pioneering concepts can only emerge once you go off the beaten path.”

The rendering below is a wild concept for the yachting world, but everyone would certainly know whose boat it is.

At first, showing the Maverick GT jet ski might seem odd at an event devoted to fine arts and fashion, rather than a conventional boat show. But the electric jet ski, which had its futuristic printed engine on display on the side, is so advanced in design and technology that Art Basel was the venue to make a news splash. It was designed as a toy for superyachts and rescue tool for surfers in giant waves.

The Maverick is at the “intersection of luxury, sustainability, and innovation,” said Weiss, which makes Art Basel a good launch point. “We’re eager to have those conversations as we share our vision with the world,” he said.

Want to own a six-engine Cigarette Tirranna in the metaverse? One is going up for bid at an NFT auction.  Courtesy Cigarette Racing

The company is also sponsoring an auction today of seven NFTs, including a free Cigarette logo for participants. The auction will range from the logo to the top piece of NFT art, a virtual Cigarette 59-foot Tirranna offshore boat, complete with the sounds of six Mercury outboards. It is working with Tokenology.com, who organized the NFTs. A spokesperson said the NFT auction was part of Cigarette’s effort to “breathe new life into the brand,” moving from its a reputation as a performance boat builder to a more forward-looking company.

Most of the auction items will be accompanied by “extra entitlements,” said the spokesperson, to increase bidding. The winning bidder of the virtual Tirranna, for instance, will have a day on a real Tirranna sponsored by the boat builder, while other add-ons include Cigarette’s new line of clothing, which it will be promoting at the event.