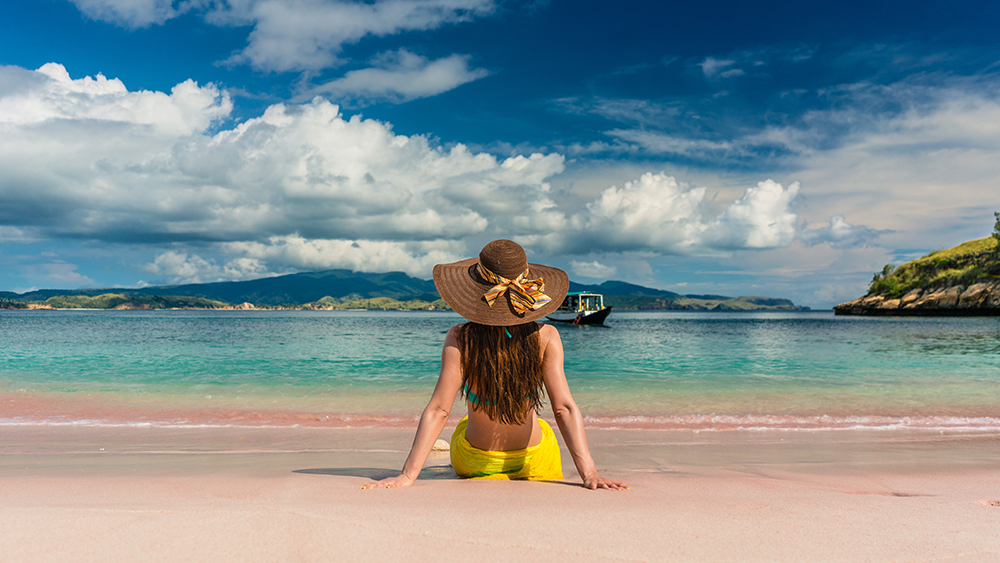 Southeast Asia as a yachting destination has been circling the cusp of the superyacht market for more than a decade, tentatively dipping its toe into the water. But in September 2015, an update to the charter license in Thailand allowed foreign-flagged yachts to legally enter Thai waters.

In the last year alone, many of the superyacht industry’s leading full-service brokerage companies have opened offices in Hong Kong, Indonesia, Philippines, Thailand and Vietnam. And with Southeast Asia being a prominent gateway to Australia, it’s easy to see why many owners and guests are swapping choppy winter Caribbean waters for the warm currents of Asia’s best charter destinations.

Komodo National Park (shown at top) in the Indonesian archipelago is fast becoming one of the most popular yacht-charter destinations thanks to its remarkable island landscapes.

Home to world-class dive spots—and the famed Komodo dragon—Komodo National Park also boasts stunning beaches and pristine coral reefs, and the likes of Moyo Island, Rinca Island and Labuan Bajo offer visitors a range of experiences to enjoy out on the water. 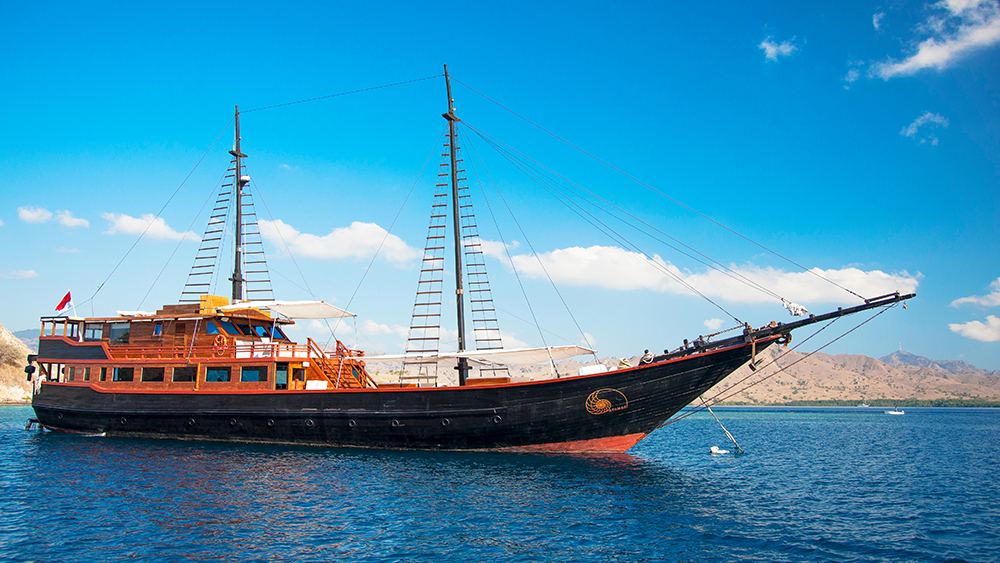 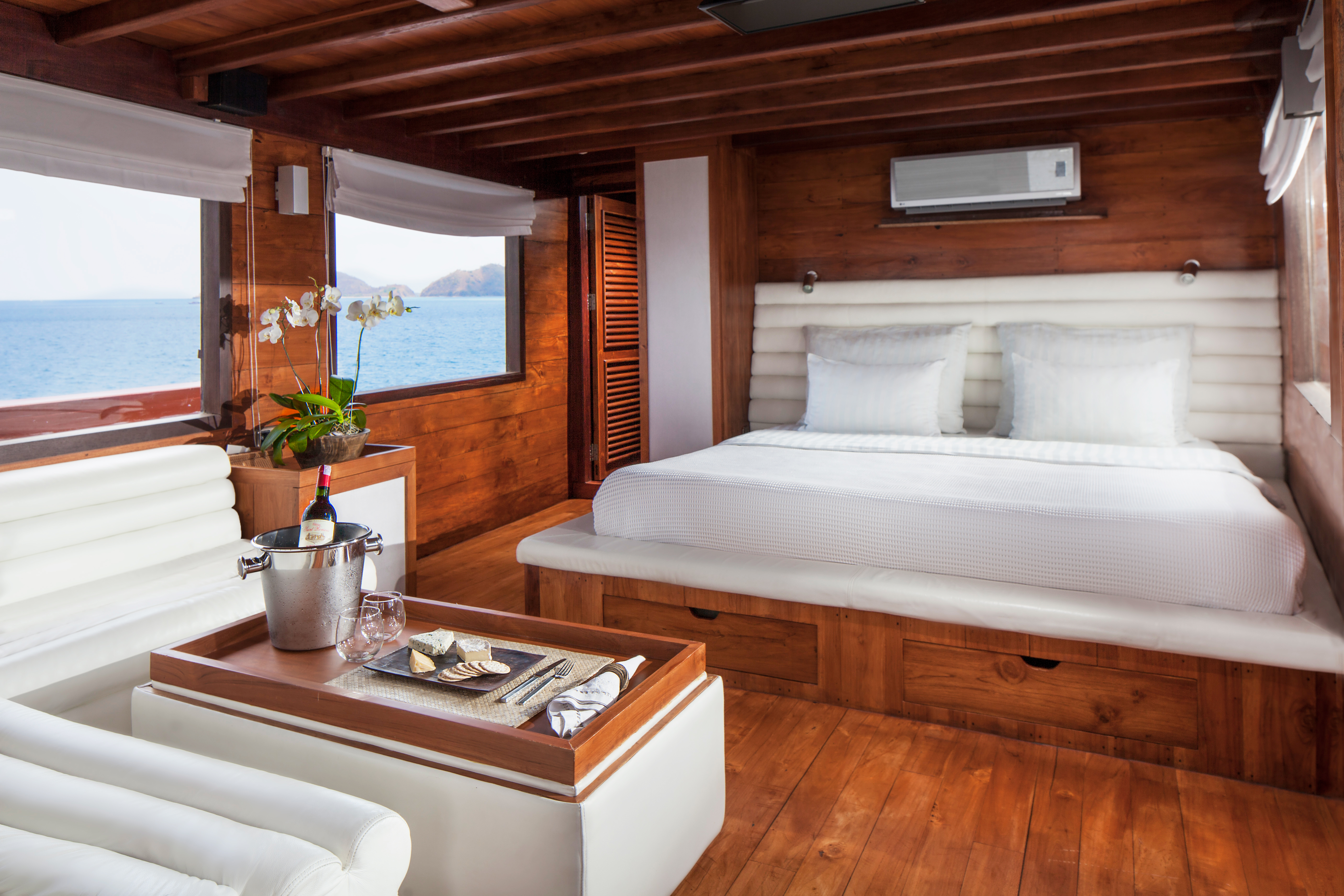 A guest suite aboard Samata.  Photo: Courtesy of Fraser

Available around Komodo Island, the yacht’s crew includes a massage therapist and two diving instructors for an unforgettable charter. 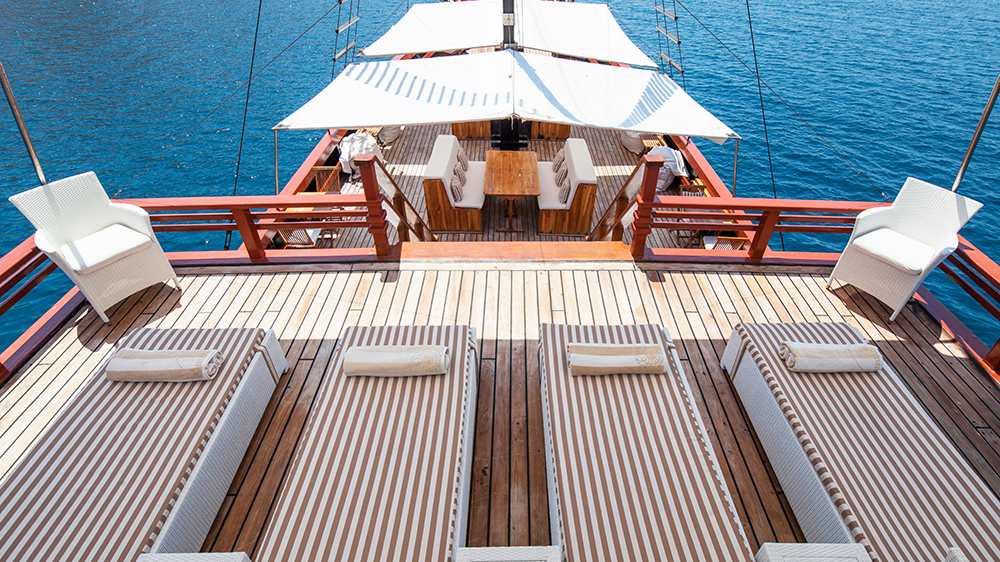 Samata is available to charter through Fraser, from $44,590 per week.

Just a short flight by private jet from Bangkok, Phuket is now recognized as the darling of Thailand.Providing end-to-end luxury, it is a yachting hub waiting to be discovered. North of Phuket are the Surin Islands, home to the indigenous Moken people, a community famed for its free-diving abilities. 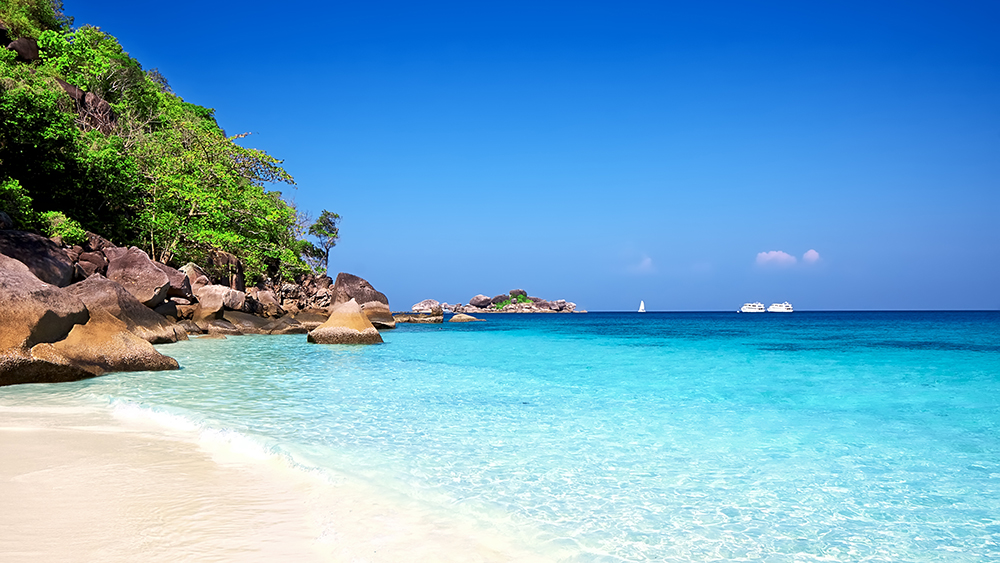 Named after Koh Mai Thon, a 5.6-mile private island 20 minutes by speedboat from Phuket and known as Thailand’s “little Maldives” (it even sports a mirrored silhouette of the island on the yacht name), the Proteksan Turquoise–built Talisman Maiton superyacht feels at home in Phuket’s warm, peaceful waters. 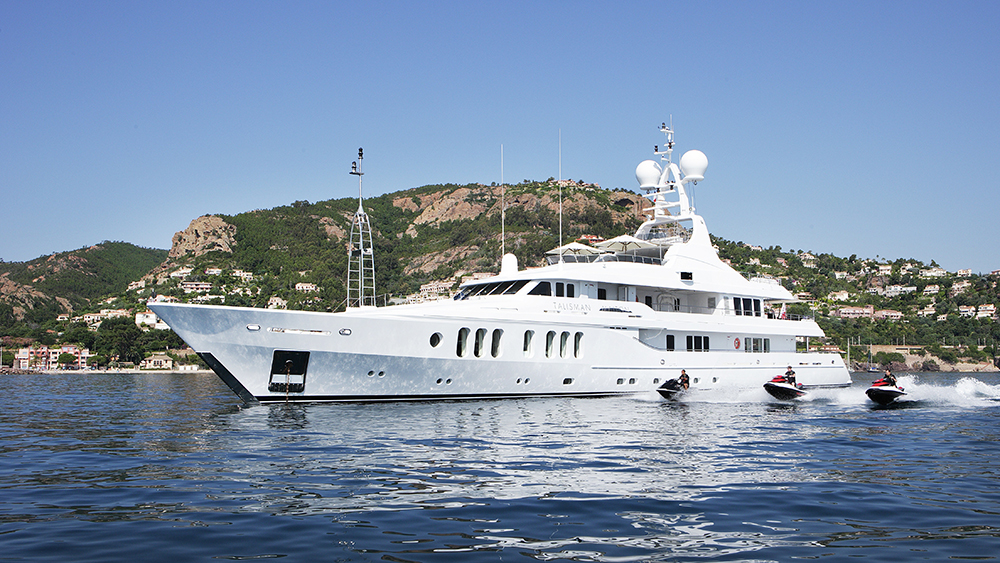 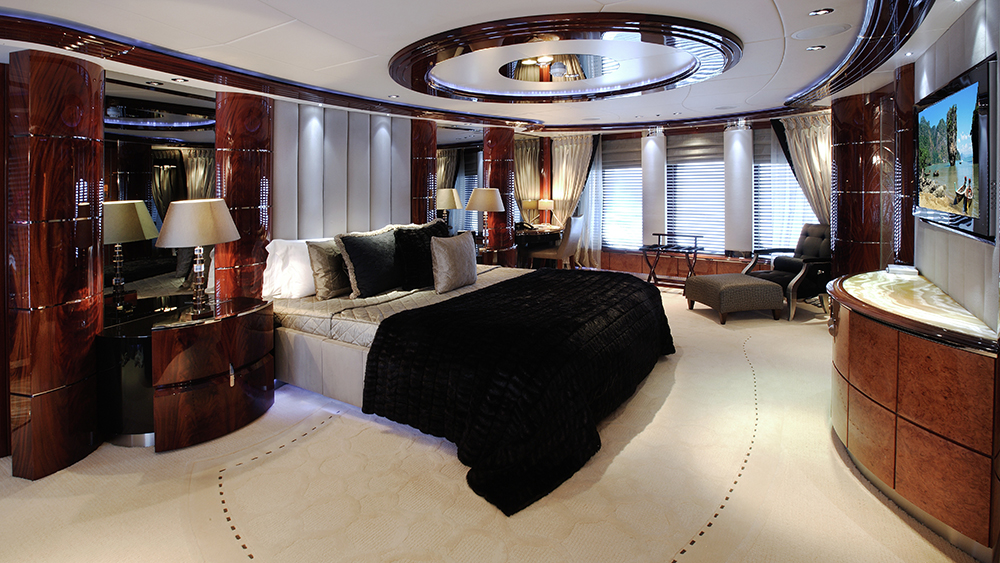 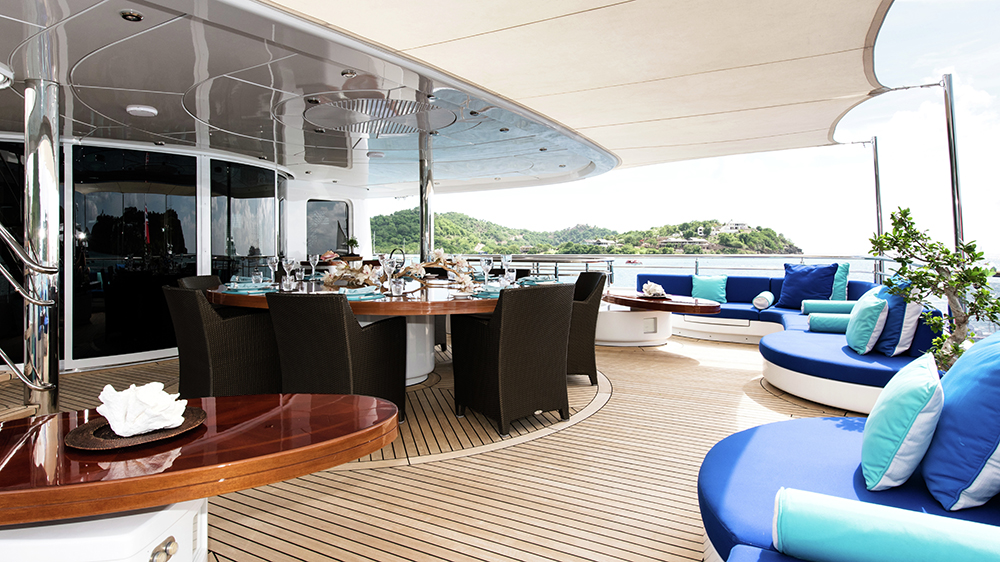 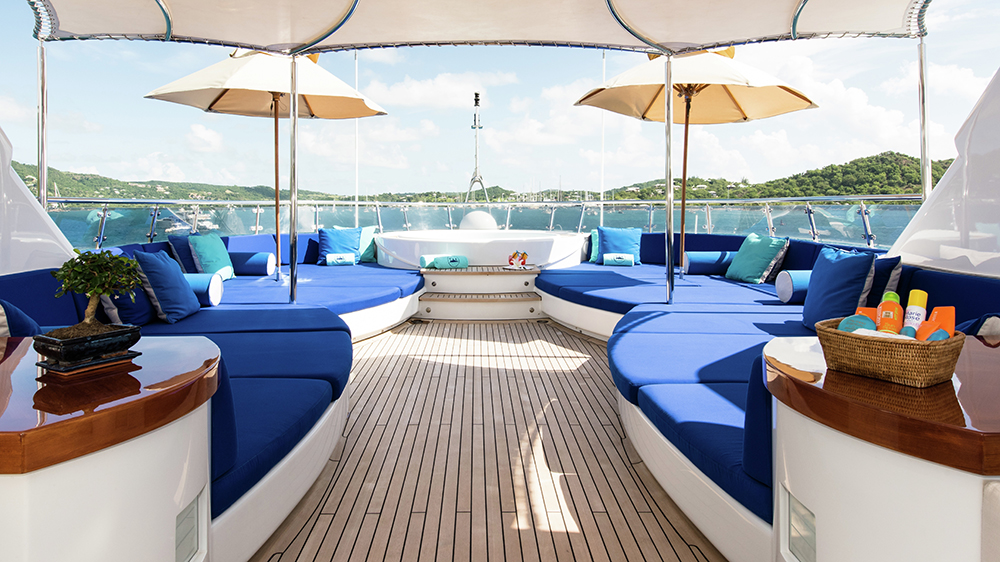 Talisman Maiton is available to charter through Burgess, from $273,000 per week. 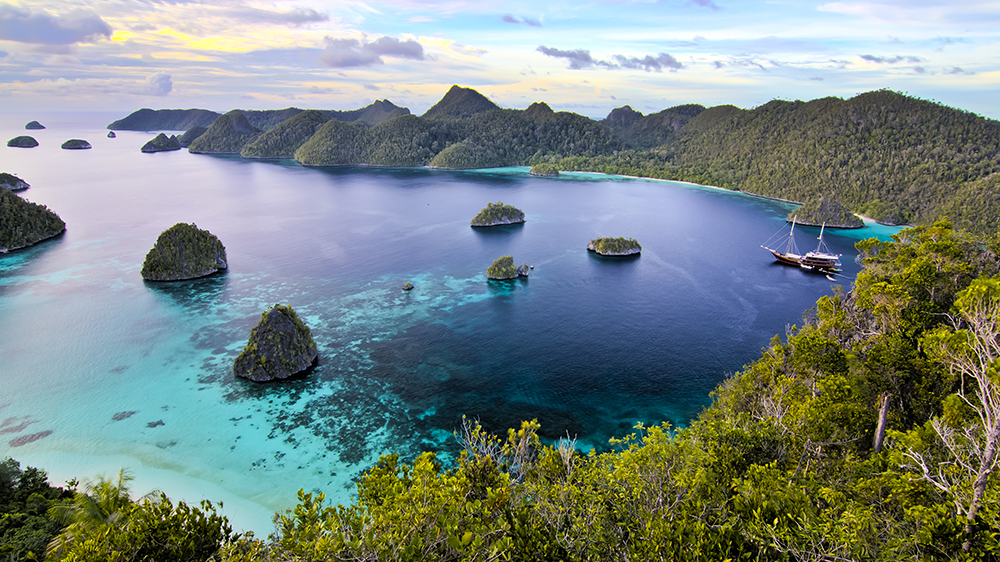 Winner of Best Asia Based Charter yacht award two years’ running, Dunia Baru helps guests to explore some of Asia’s most fascinating cultures and spaces as soon as they step aboard. Completed in 2014 in the traditional Indonesian Phinisi design, the yacht offers stable and comfortable cruising on the level of luxury expected of a superyacht. Sleeping up to 14 guests in seven spacious cabins, it provides the perfect charter for large groups of friends and families to enjoy, complete with a full dive shop and a fully qualified dive guide. 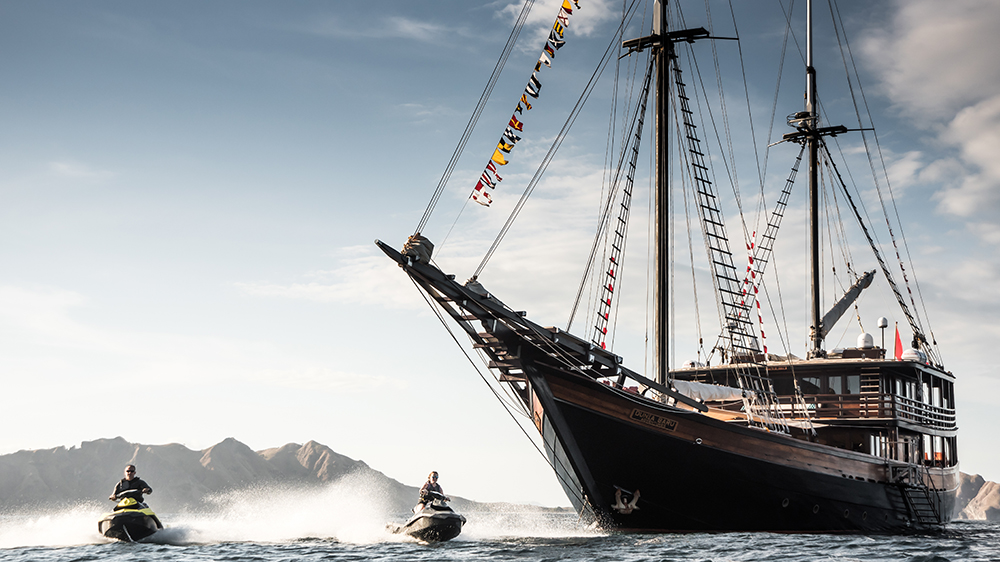 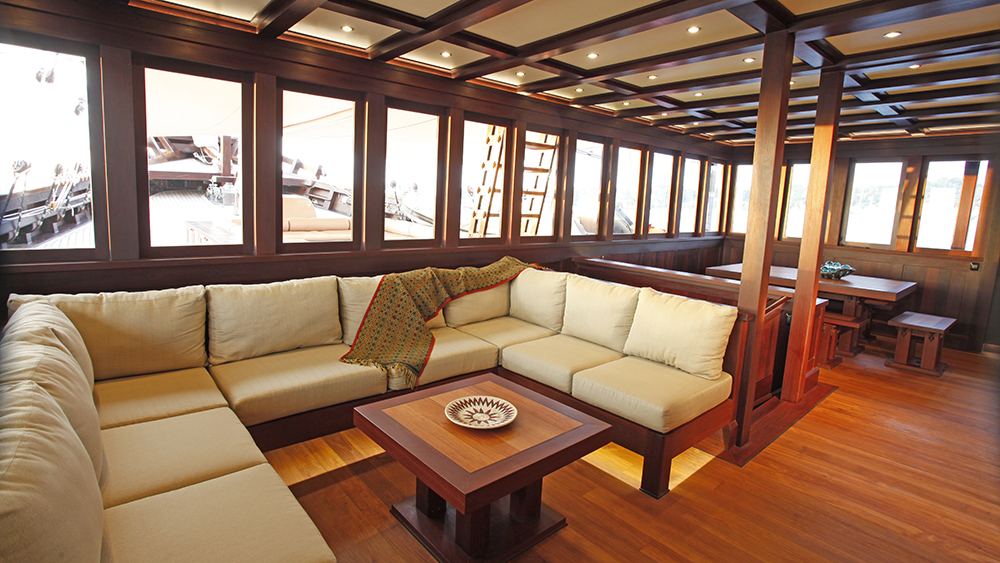 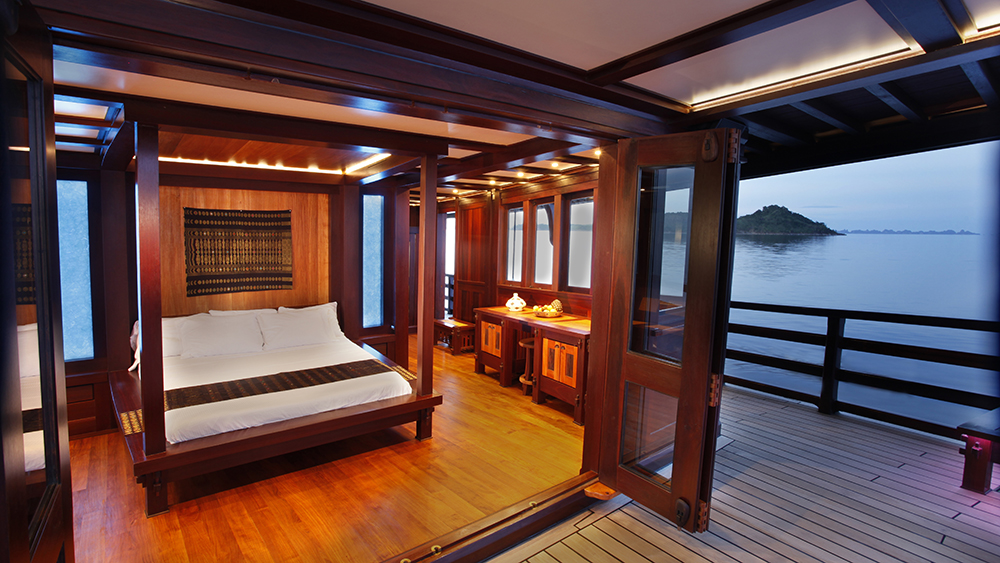 The southern islands of Myanmar’s Myeik Archipelago lie only 120 nautical miles to the north of Phuket and directly west of the Thai border town of Ranong. With approximately 800 pristine and untouched islands opposite Myanmar’s Tennasserim coast, it forms one of the last remaining undiscovered paradises on the planet. 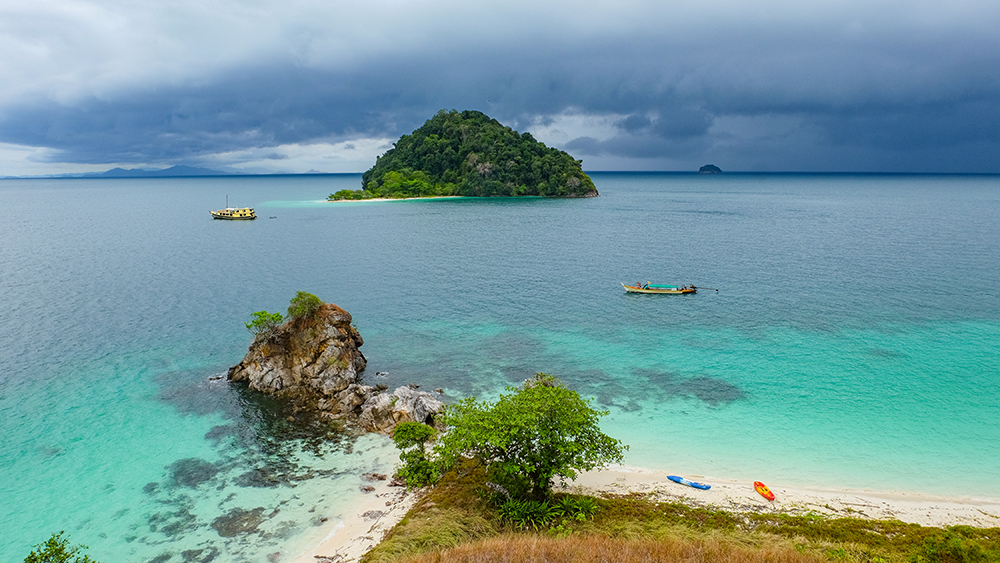 The 240-foot Titania is one such yacht, undoubtedly one of the most impressive charter yachts available in these waters. Having spent numerous seasons in the area, Titania and its experienced crew are highly knowledgeable and able to create the perfect itinerary for every type of charter. 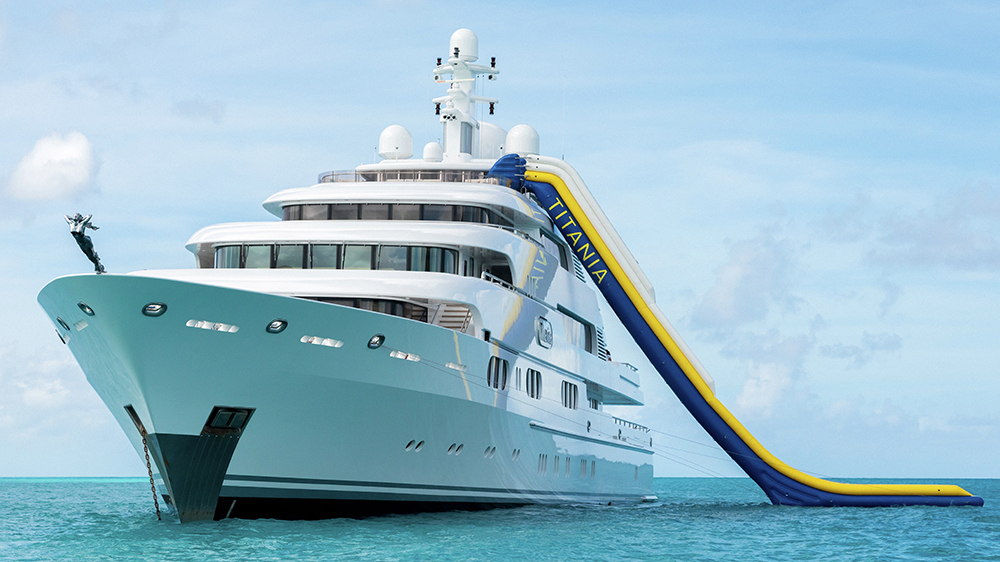 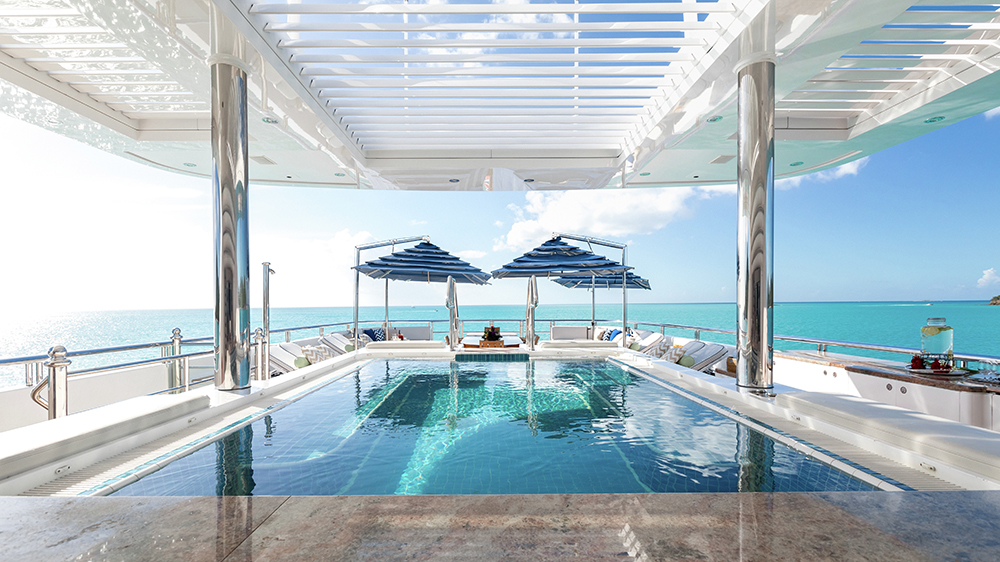 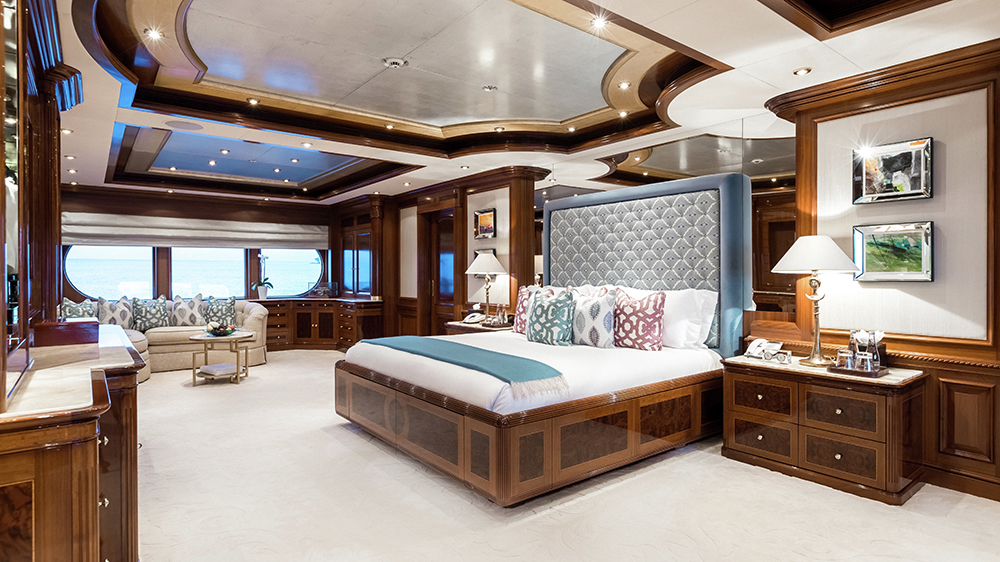 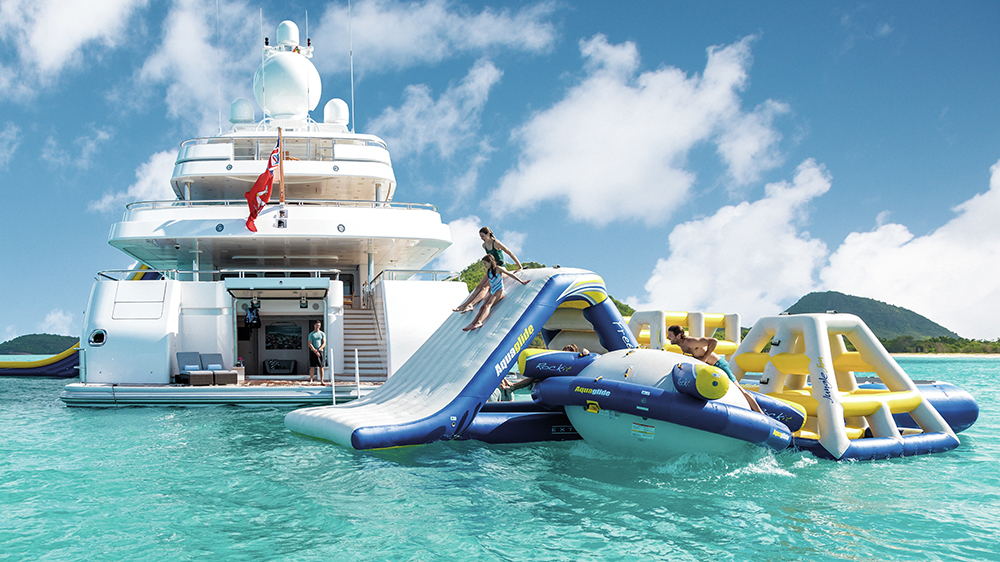 Titania is available to charter through Burgess, from $592,000 per week.