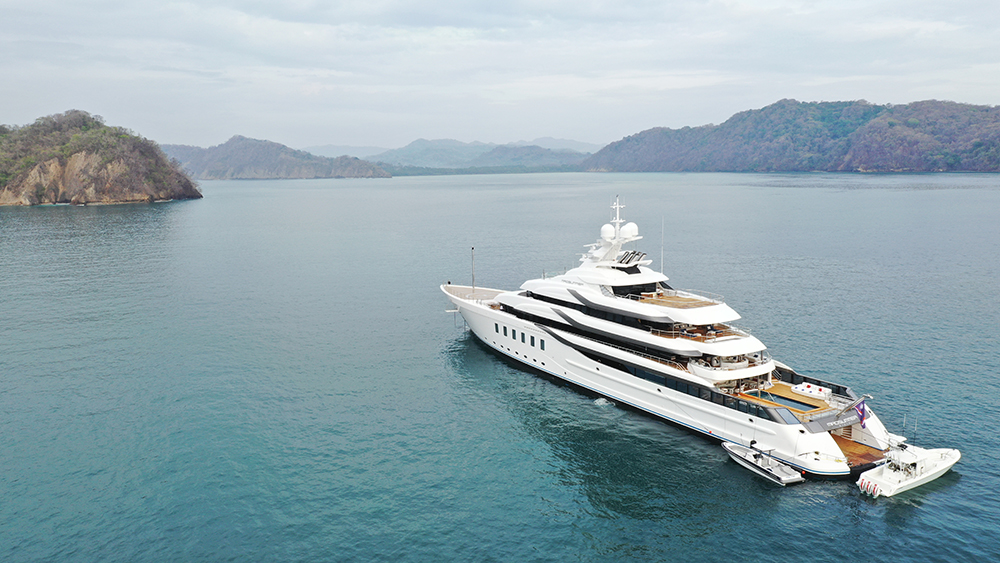 Some memorable things you learn on your first trip to Costa Rica: First, howler monkeys in the jungle scream louder than roller coaster riders at theme parks. Next, you can absolutely scuba dive in a shark cave, as long as you don’t mind sharks brushing against your body. And last, when barreling down a Class-4 rapid and the guide yells “Down!”, duck into the middle of the raft—fast.

I learned these vital facts several years ago, as a guest on a yacht passing through the country, known for its rain forests, white beaches, sportfishing, wildlife and adventure sports. Back then, that was pretty much the only way someone could vacation in Costa Rica by yacht; legal restrictions made traditional seasonal yacht charter all but impossible.

But things are about to get much better for visitors. In April, Costa Rica’s lawmakers fixed the regulatory issue after extensive lobbying by Marina Pez Vela managing director Jeff Duchesneau, superyacht company Fraser and others. Yachts 79 feet and longer can now charter legally in Costa Rica’s waters for a year, which allows them to move in and out on a seasonal basis as they do in the Med and the Caribbean.

“We’re going to see so many more boats heading to Costa Rica,” says Fraser charter broker Katy Carter, who received early inquiries from clients seeking more adventurous destinations. “Maybe the family’s scuba-certified and wants to dive with hammerhead sharks or surf with a great tender and mothership. These people want to see waterfalls and hike jungles.”

A monkey spotted in a Costa Rican jungle.  Adobe Stock

The process to implement the new regulations is already underway, with completion expected this month. “By January and February, when the majority of megayachts are coming in, everything should be sorted,” says Duchesneau, who is also president of the Costa Rica Marine Trades Association. “Last year, before the law passed, we had 53 superyachts. For 2022, we’re expecting that number to push the 100 mark.”

By signaling a desire to move their boats to Costa Rica, yacht owners are trying to persuade charter clients to book early. Offerings from Burgess, Camper & Nicholsons and Fraser Yachts include the 180-foot Lady Michelle, 197-foot Ramble On Rose and 177-foot Bella, all of which will provide luxurious respite after a day of adventure.

The beach club on-board the Ramble on Rose superyacht for charter.  Burgess Yachts

Chartering the 183-foot Baba’s, a 2020 launch from Hargrave Custom Yachts, includes use of its 42-foot Hydra-Sports tender. “You can fish and explore in the tender and then come home to Armani fabrics and hand-carved wood panels and a hot tub with an overflow to a shallow pool,” Carter says. “There’s an elevator and a beach club with exercise equipment. There’s a steam room. It doesn’t get better than that.”

For anglers, though, it actually might get better. Both coasts offer strong seasonal sportfishing, but on the Pacific side, marlin, sailfish, tuna and a dozen other species are considered world-class for both blue-water and flats fishing. “Our local charter fleets have a dozen of the world’s best fishing boats, including 50-footers,” Duchesneau says, adding that the passage of a single law could have a wider ripple effect. “I’m hoping Costa Rica not only becomes the next great charter destination, but the spark that ignites the entire Pacific charter market.”