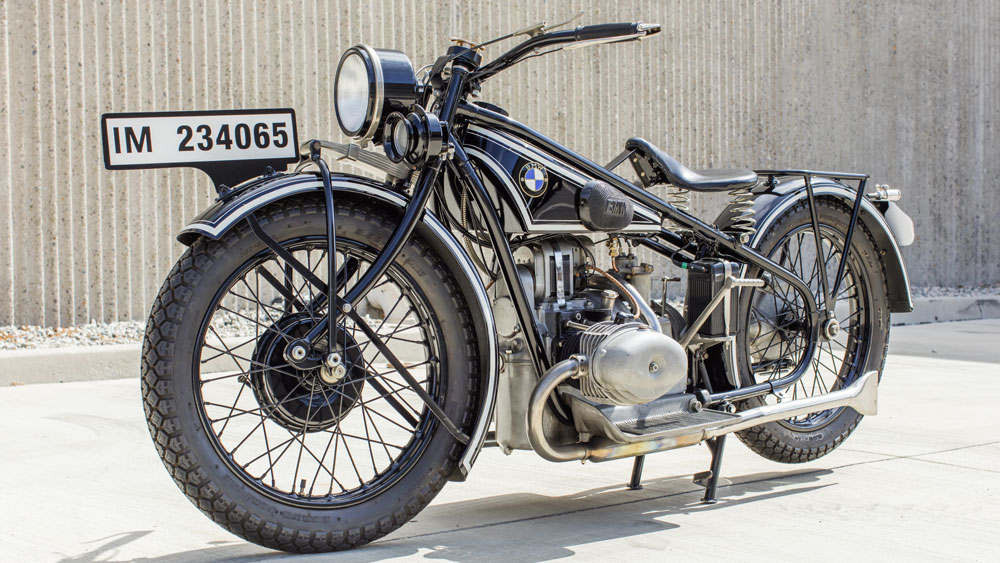 The Barber Vintage Motorsports Museum, in Birmingham, Ala., houses a collection of more than 1,600 motorcycles, of which more than 900 are on display at any time. As the largest motorcycle museum in the world, the venue presents an ideal backdrop for the Bonhams live auction taking place on October 10. This year, the appropriately titled Collectors’ Motorcycles and Motorcars at the Barber Museum event will feature a particularly interesting bike from the formative years of the industry.

BMW Motorrad was quickly recognized as an innovative manufacturer when it began producing motorcycles in 1923. Its early efforts in competition and speed-record attempts resulted in some machines that are highly collectible today.

“Among these pieces, one of the rarest and most sought-after will probably be the 1928 BMW R57,” explains Bonhams motorcycle specialist Mathieu Guyot-Sionnest. “Appearing only a few years after the introduction of BMW’s very first motorcycle, the historically important R57 is not just exceedingly rare, it is a real proof of the German brand’s top motorcycle engineering at the time, besides being beautifully styled and a capable rider. It carries an extremely reasonable estimate of $50,000 to $70,000, and will be offered without reserve.”

The 1928 BMW R57 motorcycle being offered by Bonhams on October 10.  Photo by Pawel Litwinski, courtesy of Bonhams.

As the worldwide auction landscape has recently shifted almost exclusively from in-person to online, buyers and sellers have adapted rather well to the changes in format, thanks in large part to the fact that the fundamentals of live bidding remain much the same, despite one’s location and manner in which bids are communicated. Even Telephone bidding has long been a preferred strategy of serious and successful bidders. In recent years, silent bidding from behind a keyboard—perhaps time zones away from the live event—is done in real time as the auctioneer calls out bids in front of a live video feed. After the last several months of online-only action, returning to an in-person auction such as the Bonhams event (although there will be an online component), almost feels like the paradigm shift now.

This model was made just a few after BMW built its first bike.  Photo by Pawel Litwinski, courtesy of Bonhams.

Bonhams offers previews of lots to be auctioned by appointment and from a few regional hubs, so prospective buyers—or their representatives—can examine lots for sale in person, as well as request condition reports well in advance of the auction. “This method has been warmly received by sellers,” says Guyot-Sionnest. “Without having to ship vehicles across the country to be sold, the convenience—and in many cases cost savings – can be considerable, and feedback from sellers has been very positive.”