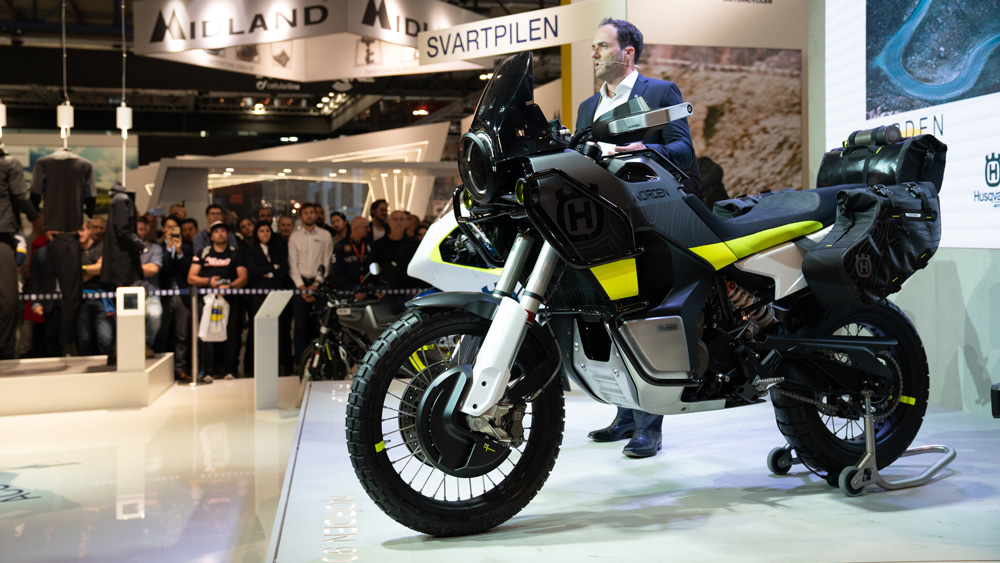 The EICMA Motorcycle Show is the biggest event anywhere of its kind in the world, and this year we saw everything from a heavy hitter returning, to new ground being broken.

The two at the front of the headlines were undoubtedly Honda and Aprilia, with the former debuting an all-new superbike—their first in over a decade—and the latter revealing the gorgeous, mid-size RS 660.

Both are equally important. At 215 hp, the Honda CBR1000RR-R Fireblade SP is the most powerful street Honda ever released, while the Aprilia RS 660 marks a return of the brand to its roots as the maker of the finest mid-size sport bikes on the planet.

Not to be outdone, Harley-Davidson and Husqvarna debuted two new adventure concept models in the Pan America and Norden 901 Concept, respectively. The Harley-Davidson Pan America will use an all-new 60-degree, 1,250 cc V-twin Revolution Max engine, which will also see duty in the new Harley-Davidson Bronx streetfighter in a reduced 975 cc format.

The Husqvarna Norden borrows heavily from parent company KTM but still channels the Vitpilen and Svartpilen neo-café style, in an aesthetic unique for the adventure segment. Both will be huge models for H-D and Husqvarna, although prices and delivery dates are for either have yet to be released.

Kawasaki unveiled three new street machines to go with the supercharged Z H2 unveiled last week. The winning trifecta comprise the revised Z550, Z900 and Ninja 1000SX, but Kawasaki saved its biggest news for day two of the show when it announced that it had purchased famed Italian manufacturer, Bimota. Not only that, Bimota also debuted a new machine in the Tesi H2, a hub-center-steered, double swingarm monster that uses the Kawasaki H2 supercharged motor for propulsion.

Highlights of the show also included MV Agusta’s new Superveloce 800 and wild Rush 1000 naked bikes, Ducati’s full line (which we featured recently) and Suzuki’s new V-Strom 1050 resplendent in 1980s Dakar colors. In short, EICMA 2019 proved that innovation and style are at full throttle within the industry.