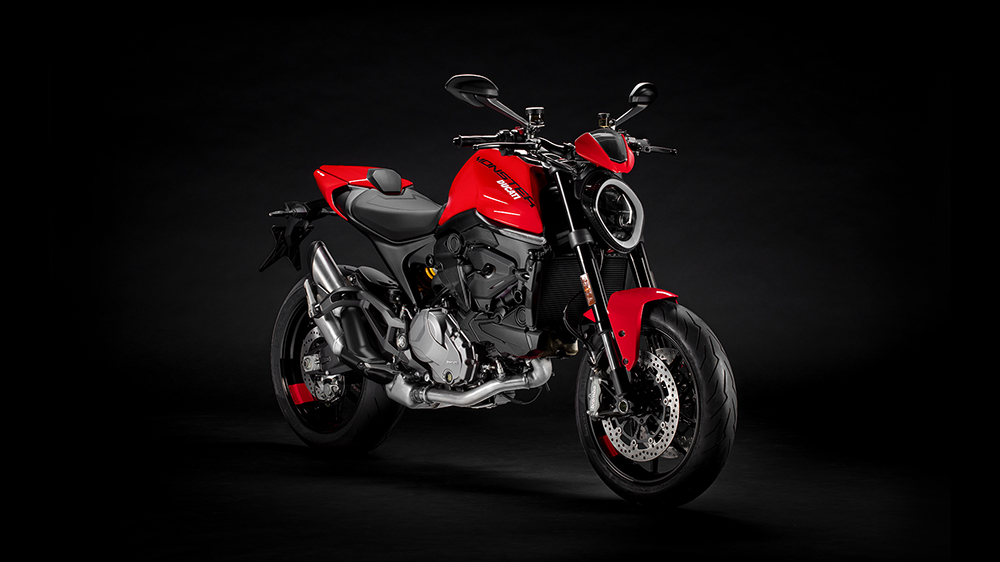 When it comes to motorcycles, the heavier a bike is, the more powerful it tends to be. But that conventional wisdom can be tossed out the window when it comes to Ducati’s newest Monster.

The Italian motorcycle maker has just unveiled the 2021 model of its most beloved naked bike, and it’s significantly lighter than the outgoing 821 model. Somehow, it’s also more powerful.

The new Monster just might be the most radical iteration since the bike was first introduced in 1993. That’s because its trademark metal trellis frame and rear subframe have been swapped out for something significantly lighter. Rhe main frame will be constructed from cast aluminum, while the subframe is now made from sturdy glass-reinforced polymer, reports CNET Roadshow. Thanks in part to these changes, along with a handful of other tweaks, the new Monster weighs nearly 40 pounds less than its predecessor.

Another place the bike has shed weight is its new 937cc V2. Despite being bigger than the previous iteration, it’s also 5.5 pounds lighter. The new two-cylinder motor is capable of delivering 111 horsepower at 9,250 rpm and 69 ft lbs of torque at 6,500 rpm. That’s an increase of two horses and 6 ft lbs of twist, respectively. That may not sound like much, but you should feel the difference on the road.

The motorcycle may not look that different from past iterations—its general shape and round headlight have been left relatively untouched—but it now features a lower and narrower seat meant to make it more accessible for shorter riders. An even lower seat is available as an option, along with a suspension kit that drops the bike’s height. There’s also a new electronics package which makes the bike safer, faster and easier to ride. This includes ABS, along with traction, wheelie and launch control. The bike’s optional Plus trim will feature a flyscreen and a passenger seat.

If all this has piqued your interest, you’ll be able to get your hands on the new Monster by the spring. Ducati expects the bike to arrive in dealerships by April of next year. Available in red, black and grey, it will start at $11,895, with the Plus version starting at $12,195.