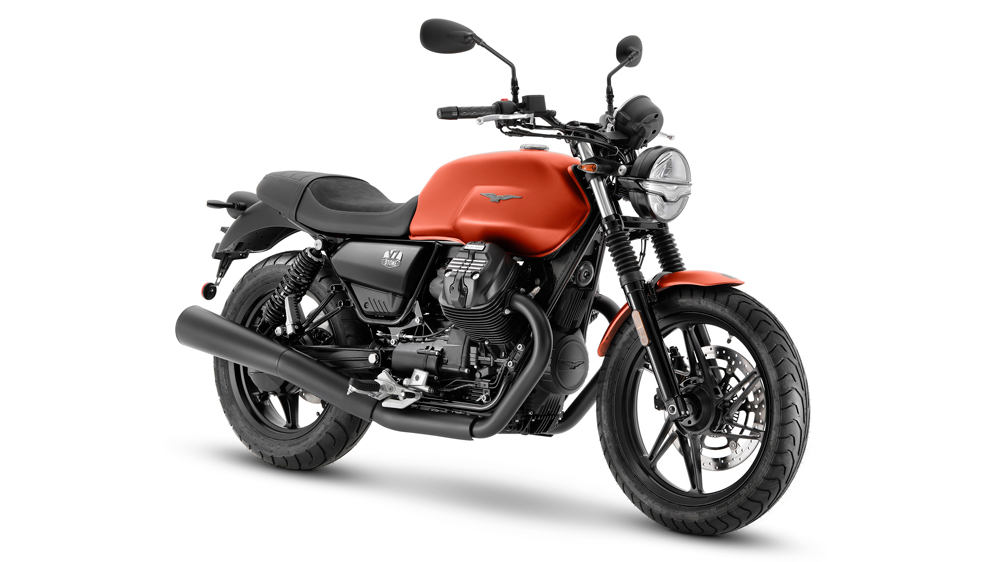 When it comes to classic motorcycle designs that stand the test of time, you’d be hard pressed to find a more fitting machine than the Moto Guzzi V7. Debuting way back in 1967, the V7 has been a stalwart of Moto Guzzi‘s lineup ever since, and is now getting a full revamp with its largest motor to date.

The 2021 Moto Guzzi V7 Stone and V7 Special (mechanically similar but aesthetically different) will be graced with the same 853 cc, transverse V-twin motor as present in the bike builder’s V85 TT Travel we tested back in July, bumping capacity up by 100 cc and delivering a 25 percent increase in peak horsepower. Moto Guzzi claims the new motor in the V7 duo will produce 52 hp at 6,200 rpm, with torque now rated at 53 ft lbs at 5,000 rpm. However, this is not an engine you’ll want to rev-out to gain maximum performance, as 80 percent of the torque is available from 3,000 rpm.

The bike has been further fine-tuned by way of the chassis—which has been tweaked with a stiffer headstock for better handling—twin rear shock absorbers with longer travel, new footpeg support brackets, rear mudguard and side panels and a new, two-tier seat to give both pilot and passenger a little extra comfort.

Along with adding the more powerful motor, Guzzi engineers have fitted a wider rear wheel, with tire size going up from 130/80-17 to 150/70-17. There’s also a few stylistic differences between the Stone and Special. Available in Nero Ruvido, Azzurro Ghiaccio and Arancione Rame color schemes, the Stone gets the full LED light system and a daytime running light (DRL) in the shape of the Moto Guzzi Eagle logo, as well as aluminum wheels, shocks, exhausts and fork gaiters that are all dressed in black. There’s also a digital instrument cluster.

The Special, on the other hand, has the option of Blu Formale and Grigio Casual colorways and will be graced with lashings of chrome in the spoked wheels, exhausts, shocks, mirrors and passenger grab rail. The variant also features the classic dual-dial analogue instrument cluster for speedometer and rev counter. Moto Guzzi will be presenting the 2021 V7 Stone for $8,990, while the Special will fetch $9,490. Expect both models to be on dealer floors by March.