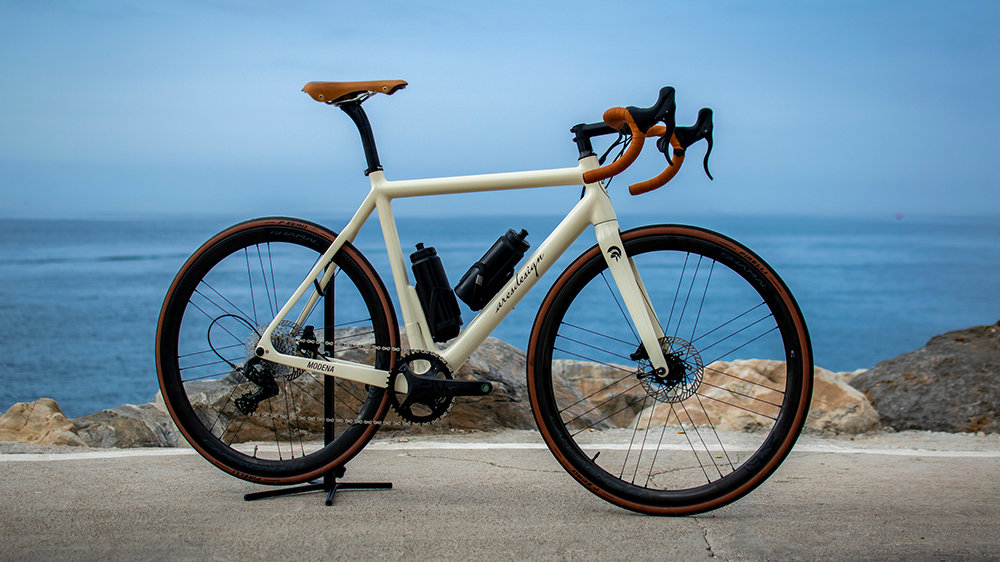 Ares Design wants to do for bicycles what it’s done for cars.

The Italian firm has just unveiled its first fully electric bicycle, the Bici LE Super Lèggerà. It’s a gorgeous piece of engineering, just as you’d expect from the brand, but even more intriguing is the company’s claim that it’s the world’s lightest e-bike at just 19.8 pounds.

E-bikes have surged in popularity since the beginning of the pandemic and it’s easy to see why—they’re a lot more powerful than a traditional two-wheeler. A bike equipped with an electric motor can reach its destination quicker and provide help during the more arduous sections of your ride. But there’s one very big drawback to these motors—they’re heavy. Because of its motor and other high-tech features, the average e-bike tips the scales at 38 to 70 pounds (though road bikes can dip as low as 26 pounds). They’re not the sort of things you’re going to want to lug up a flight of stairs or six.

Ares’s bike, which was built in collaboration with high Performance Systems (HPS), weighs a fraction of that, though. The main reason why is an ultra-compact and lightweight drivetrain—consisting of a motor, battery and electronic control unit—that’s still strong enough to provide 200 watts of “invisible assistance,” according to the company. (Unfortunately, no other performance specs were made available.) Combine the system with a carbon-fiber frame and you end up with a bike that somehow weighs less than 20 pounds. It’s an amazing feat.

As impressive as the bike’s weight is, it’s also a true beauty, just as you’d expect from the shop responsible for the Panther ProgettoUno and S1 Project supercar. It looks just like a classic road bike and except for a small amount of bulbousness where the seat and down tubes meet, you’d never know it has an electric motor. It’s also has aero-style handlebars wrapped in tan leather grips and a matching leather seat, and comes finished in a vintage cream color.

The Bici LE Super Lèggerà’s striking looks aren’t the only thing its shares with Ares custom cars. It’s also got a sky-high price tag of €18,950, or about $22,210. If that’s not enough to dissuade you, you’ll want to reach out to Ares right away, as the company plans to build only 24 examples as part of its production run.