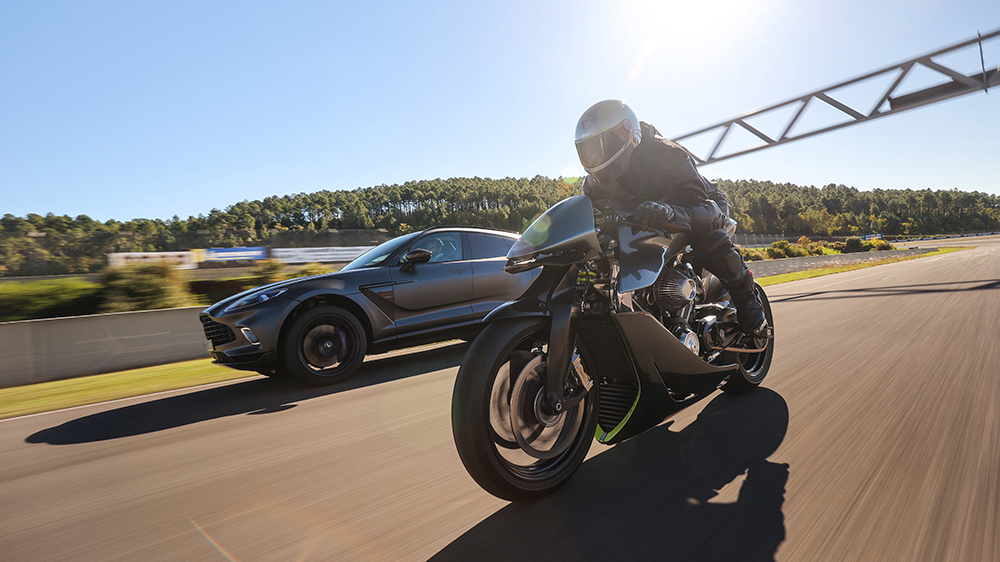 If Aston Martin’s first motorcycle were a Bond movie, it might be titled “Better Late Than Never Say Never Again.”

The British marque announced on Monday that deliveries of the hotly anticipated AMB 001 have finally begun—two-and-a-half years after it made its debut. And just as promised, the track-only two-wheeler, which is the result of a collaboration with renowned builder Brough Superior, is a true superbike.

The limited-run AMB 001 made its debut at the Milan Motorcycle Show way back in November 2019. The bike, which was designed specifically for use on the track, combines one of the more striking motorcycle designs in recent years with loads of power. All its oomph comes from a Brough Superiors V-twin engine, which has been supercharged for the first time and is capable of generating a hair-raising 183 hp (three more than promised).

Originally, the bike was supposed to go into production at the Brough Superior factory in Toulouse, France in late 2020. Some extra time in the oven—even if it was due in part to a global pandemic—can be a good thing. The delay gave Aston Martin and Brough Superior more time to test the bike on the track and make sure it was able to achieve all of its goals.

“We are happy to have met our performance targets, with a power output of 183 hp and a dry weight of 408 pounds. AMB 001 is an original track bike that stirs the senses and delivers on performance. . .” Thierry Henriette, Brough Superior president, said in a statement. “The characteristic whistle of the turbo completes the unique presence of this extraordinary motorcycle.”

Aston Martin says the first 30 AMB 001 bikes have been delivered to customers all over the world, including Japan, Australia and North America. One hundred examples of the $108,000 two-wheeler will be built in total, 90 of which have been spoken for, according to the brand. If you’d like to put your name down for one of the final 10 you can register your interest here.