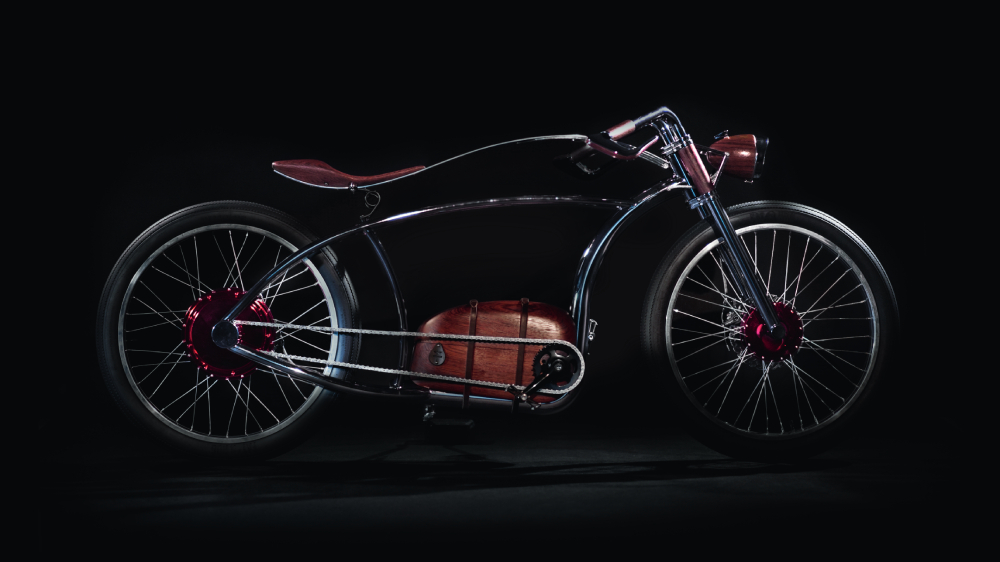 It’s rare that an electric bike harkens back to the past. With bulky batteries, they aren’t exactly known for throwback aesthetics. But Avionics is hoping to change that with a striking new e-bike that looks ripped straight from the 1930s.

Presented by and created exclusively for Geneva’s M.A.D.Gallery, the Avionics VM is a hand-built, limited-edition electric bike created by brand co-founders Jaromir and Bartek and crafted by two custom workshops in Poland. The bike’s retro styling reflects the duo’s fascination with a sense of adventure and invention from the early days of aviation, from which they took the company’s name. Limited to only 52 examples, each VM is individually numbered and comes with a certificate of authenticity.

When conceiving, Avionics wanted a frame that would be as durable as it was pleasurable to look at, so the team chose chromium-molybdenum steel for its strength and corrosion resistance. They combined it with chromed steel in a hue exclusive to M.A.D.Gallery to enhance its overall polish.

The wooden seat, frame and tires on the Avionics VM.

But perhaps the most striking elements on the bike are those made from wood.  After much trial and error, Avionics chose Brazilian cherry––sometimes referred to as wooden steel or diamond cherry––to accent the bike, primarily because of its extreme hardness and natural water-resistance, a property evolved from its tropical home.

The bike’s elegant looks are matched by its powertrain. Designed with multiple street-friendly modes to maximize the range of its 500-watt electric motor, the bike is capable of 92 ft lbs of torque and a speed that tops out at 36 miles per hour. In low-power street mode, it can travel an estimated 74.5 miles before needing a recharge. (Charging takes two or three hours via a normal USB port.)

“From the very beginning, we knew that Avionics must stand out in terms of design and performance,” Jaromir said in a press release. “The design of Avionics references vehicles and planes from yesteryear, while its interior technology showcases the 21st century. Absolute fusion of nature and engineering powered by electricity.”

The Avionics VM is available for $19,900 before taxes and shipping.