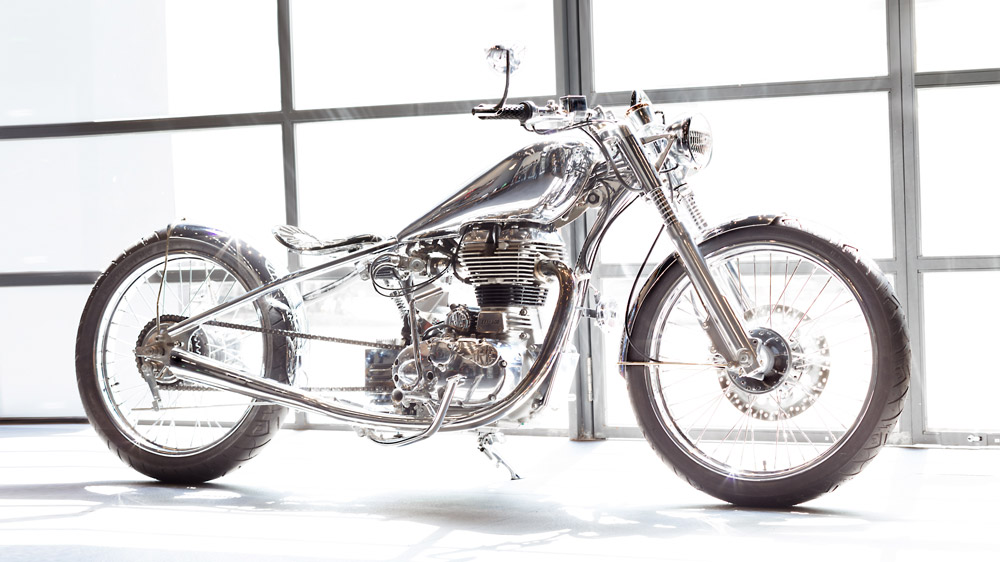 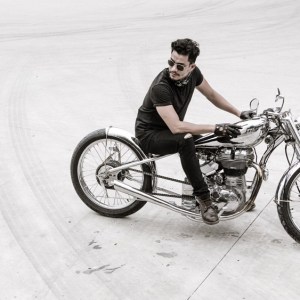 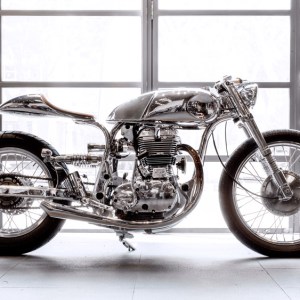 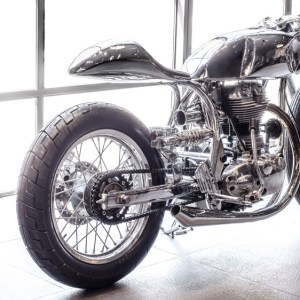 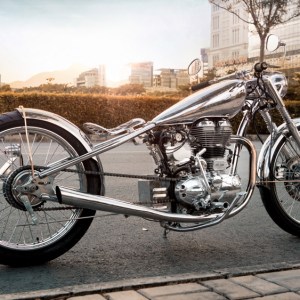 “We have received a lot of hate mail from traditionalists who think we’re ruining motorcycling,” says Villanueva. “But, I don’t care. We’re creating two-wheeled artistic pieces that lean toward the future. That’s why our motorcycles have a sci-fi feel to them—I want us to get out of the present.”

Villanueva’s Bandit9 designs are unshackled by tradition, mainly because he was a latecomer to riding. Villanueva first took to the handlebars in 2009 at the age of 25, hence the number 9 in his business name, which is also a nod to the outlaws who don’t play to conventional motorcycle design constructs.

With Bandit9 bikes featured in some of the most exclusive automotive spaces in the world, including the Petersen Automotive Museum in Los Angeles and the M.A.D. (Mechanical Art Devices) Gallery locations in Geneva and Dubai, it’s no surprise that Royal Enfield, one of the world’s most renowned motorcycle brands, was interested in a collaboration.

“Royal Enfield wanted to create two inspirational pieces to show what could be done with its machines,” says Villanueva. “We were given a Continental GT and a Bullet to work with, and we’ve essentially made everything ourselves except the motor and the tires.”

Villanueva and his four full-time employees crafted two distinct takes on custom styling. Using handworked stainless steel, Bandit9 transformed the Continental GT into Arthur, an artistic café racer that removes all sharp edges of the original design and replaces them with swooping parametric curves. The frame seems to have no beginning or end, with the subframe forming off the rear downtube like a drop of liquid.

The Bullet was a different story. A fan of the original Royal Enfield design, Villanueva decided that if he was going to customize the Bullet, he had to go all in. Christening his design Merlin, he introduced a motorcycle that appears to be the result of alchemy.

“We tried to make Merlin like a luxury watch,” says Villanueva. “On the outside, it appears simple, but underneath, the design is extremely intricate.”

The details are everywhere: the flowing triangular frame; the dashing line cut by the exhaust against the swingarm; the flush-mounted fenders; and the stunning speedometer’s Roman numerals. Arthur and Merlin, both priced at $19,800 (including shipping), are limited to nine examples each.