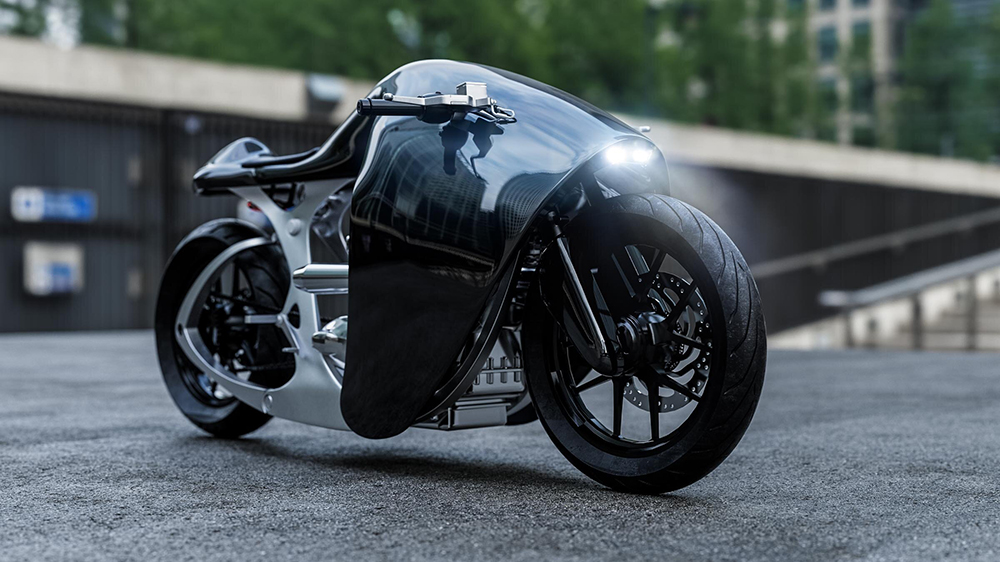 Bandit9’s new Supermarine motorcycle may be meant for aboveground travel, but its inspiration comes from under the sea.

After a decade spent building one-off motorcycles that wouldn’t look out of place in a James Cameron sci-fi epic, the Vietnam-based shop is ready to level up. What better way to do so than with its most ambitious project yet: A built-to-order street bike designed to look like the leaping mobula ray.

The Supermarine may not be a one-of-a-kind model, but it looks just as fanciful as the shop’s previous creations. This is due in no small part to an aerodynamic body that takes its design cues from the mobula ray. The sea creature, which is commonly referred to as the devil ray, is known for breaching the surface of the water as it swims, giving it the appearance of flight. The flowing shape of the bike’s sculpted body—which comes made of either ABS plastic, high-strength resin or carbon fiber—isn’t the only element taken from the sea. Its frame is also inspired by the structure of coral reef. And because it’s made of military-grade 7075 aluminum it should be just as strong.

Other features include electronic fuel injection, a stainless steel exhaust system that can be upgraded to titanium and a Nitron or Ohlins suspension. Stopping power, which you’ll need at those speeds, comes courtesy of Brembo 4-piston brakes or even-stronger Behringer 6-piston brakes. A custom LED display is tucked into the bike’s cockpit so you can keep and eye on how fast you’re actually traveling, too.

If you’ve dreamed of coasting through your city at night like a sea creature, Bandit9 is currently taking orders for the Supermarine. You’ll have to reach out to the company for pricing, but based on past builds, a starting price in excess of $30,000 is to be expected. Deliveries will start in December.