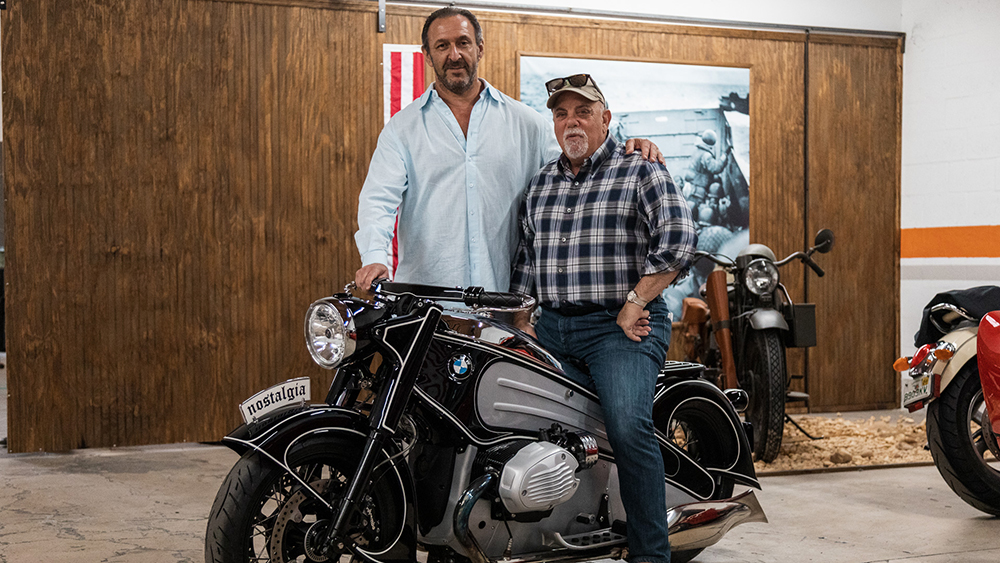 It’s no secret that Billy Joel’s a massive motorcycle fan. The singer-songwriter has been riding for years and a serious crash back in 1982 nearly ended his music and riding career, but Joel’s still belting out tunes and riding high on the hog (literally, since his massive chopper collection includes plenty of Harley Davidsons). Now, he’s about to add a beautiful NMoto bike to his fleet.

NMoto shared some snaps of Joel down in its Miami headquarters for a test fitting for Joel’s new Nostalgia bike. As we shared a few weeks ago, the NMoto Nostalgia is a modern-day interpretation of what the vintage BMW R7 prototype would’ve been like had it reached production, per CEO Alex Nizik. The R7, which was built in 1934, has a classic timeless feel and appeals to riders of today as much as it did in the pre-war era, and fans have been coming out of the woodwork to snag one, including Joel.

The $39,500 Nostalgia is underpinned by a BMW R NineT and then gets custom body panels and nearly 100 handcrafted parts. The engine is an air-cooled 1170-cc Bavarian boxer, with 110 horsepower, and a six-speed gearbox, and produces 140 horsepower. It’s also got traction control, anti-lock braking and other modern rider aids.

Joel will likely keep his new NMoto at 20th Century Cycles, his custom motorcycle shop on Long Island, where his 70-plus bike collection is housed. While the shop doesn’t really sell or maintain bikes that aren’t Joel’s, he’s been known to make an exception for famous friends. A few years ago, he built and sold a custom bike to Bruce Springsteen, which then famously broke down with a drained battery during a Veteran’s Day ride. A group of vets helped the stranded Boss, and Joel ended up recounting the tale to a crowd at one of his Madison Square Garden concerts.