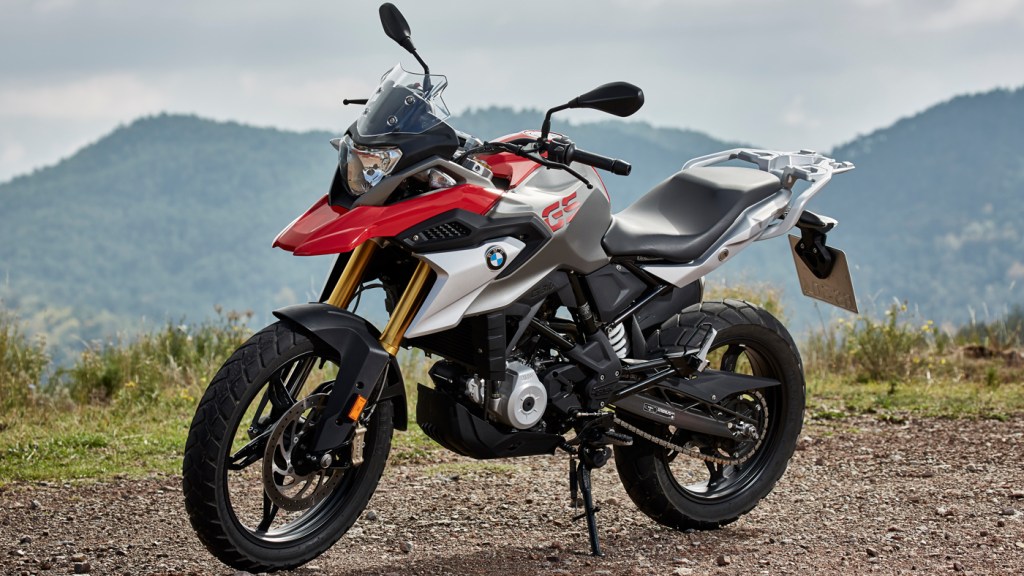 Renowned for having virtually invented the Adventure category in motorcycling, BMW’s GS line tends toward hefty, large displacement (800-1200cc) machines. As a result there have been a number of new and beginning riders who have been left out of the GS phenomenon due to sheer intimidation; a lot of would-be adventurers deterred from entering the fray. Hence, the 2018 G 310 GS is a welcome game-changer. The new BMW is an unintimidating motorcycle that has light off-road capabilities while possessing the revered GS persona of rugged good looks and functionality.

Recently, during the waning days of summer, I was able to oblige my bohemian wanderlust by riding BMW’s all-new G 310 GS through the Pyrenees, Spain’s picturesque range of mountains that skirt the border with France. Rolling out of Barcelona, on the eve of the vote for Catalonian independence from the country, I soon left the famously congested streets as they gave way to freeway, and put the city far behind in favor of the sweeping mountain roads that motorcyclists dream about. The lingering smell of diesel exhaust was gradually supplanted by the scent of farmland and freshly cut hay.

With the BMW G 310 GS, a rider’s focus can be on savoring the moment.  Photo by Markus Jahn, courtesy BMW Motorrad.

Despite the elevation changes over the 150-mile trek to Andorra, the single-cylinder, liquid-cooled DOHC 313cc engine handled all the variations of terrain with aplomb. For a single-cylinder machine, the BMW is surprisingly smooth at freeway speeds, with none of the unnerving rattle that often afflicts others of the single set. The 310 employs an innovative rearward-facing cylinder, which is rotated 180 degrees, placing the intake at the front and the exhaust exiting the rear. This arrangement provides a natural and more efficient flow of fuel and air through the combustion process.

The specifications of 34 hp are misleading as the bike’s responsive nature and smooth delivery of power provides some truly spirited performance. Road ready at 373.7 pounds, it is easily manageable, with an uncanny stability more inherent in a large motorcycle. The resulting power-to-weight ratio translates to an unexpected, viscerally rewarding ride experience. The simplistic nature and demeanor of the 310 GS rewards calculated application of throttle, shifting, and cornering so that a rider’s focus can be on savoring the moment as opposed to managing power and speed (the bane of those on many modern high-powered motorcycles).

The GS proves itself more than capable in the hands of an advanced rider, delivering the type of euphoria that harkens to one’s earliest memories of being up on two wheels and the simple joy that elicits. Equally, the new GS makes a perfect mount for less experienced and entry-level riders as it has a forgiving nature and offers plenty of bike to grow into.

A tubular bridge-type frame gives the 310 rigidity, granting the bike stability and responsive handling due minimal flex. The GS is suspended by 41mm upside down forks on the front and a single shock configuration on the rear that mounts directly to the frame and swingarm. Suspension is designed to accommodate a variety of riding scenarios, with stock settings providing a plush ride on pavement yet adequate damping to soak up bumps off-road.

A very welcome aspect of the 310 GS, especially in off-road situations, is its lithe presence, which makes it extremely controllable. And since the motorcycle can handle a little dirtying up (when fitted with good dual sport tires), the possibility for adventure opens up exponentially.

Extremely nimble, the 310 and is graced with excellent stopping power thanks to a single 300 mm disc on the front, a 240 mm disc on the rear, and BMW Motorrad’s superlative anti-lock braking system (ABS). With a penchant for sipping fuel like a bird (claimed consumption is 70.6 mpg), the 310 GS combed the winding back roads of the Pyrenees all day on a single tank of gas.

The real pleasure of the new GS is its simple ride-ability—a return to the essence of riding a motorcycle, where each shift, each lean into a corner is rewarded with a sense of being connected to the road.

With the BMW G 310 GS, a rider’s focus can be on savoring the moment.  Photo by Markus Jahn, courtesy BMW Motorrad.

After savoring two days of riding in the Pyrenees, with numerous stops at roadside cafes to savor tapas and local pork followed by an afternoon cortado (espresso and milk) to fortify for the ride ahead, I reluctantly returned to Barcelona. While unwinding the roads that descended the mountains, I wondered: How does one adequately convey to the uninitiated the unmitigated euphoria of being let loose in beautiful surroundings on a motorcycle? Perhaps BMW has found the key with its unintimidating motorcycle with big bike feel and decent performance. Add to this its capabilities for going off the beaten path and the bike unlocks a potential treasure trove of exceptional experiences. Your wanderlust awaits.