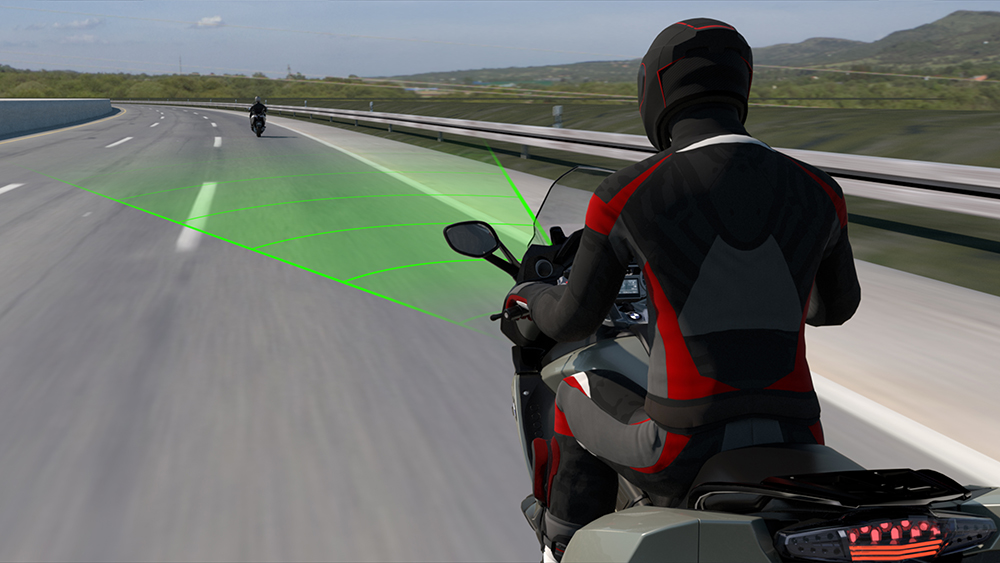 Cruise control isn’t just for cars anymore. BMW is now ready to bring an adaptive form of the technology to its motorcycles to make long-distance rides safer and more comfortable.

On Tuesday, the German automaker’s motorcycle division, BMW Motorrad, announced that it will introduce Active Cruise Control (ACC) as a feature on its bikes in the near future. Developed in collaboration with German technology company Bosch, the cutting-edge rider-assistance software hopes to give riders fewer things to worry about when their speeding along the open road.

While a standard cruise control system allows a driver to set their desired speed and then let their vehicle go, an adaptive (or active) system will adjust the cruising speed when another vehicle is detected in front. BMW and Bosch’s technology marks the first time this feature will be available on a production motorcycle, though KTM, Ducati, and Kawasaki are all said to be working on active cruise control systems of their own.

In addition to letting riders choose a cruising speed, BMW’s ACC system will also let you choose your preferred tailing distance from a selection of three setting ranging from further to closer. And this distance won’t be set for the entire journey, either, as riders will be able to toggle between distances, along with cruising speed, at the touch of a button. Tailing distance can also be turned off entirely, putting the bike into Dynamic Cruise Control, if riders want a little more control over the settings. It should be noted that the tech only picks up moving vehicles, so it won’t be of much use in a traffic jam or at stop lights.

Of course, riding a motorcycle is not the same as driving a car. And BMW has taken this into account. The ACC system will automatically lower speeds when it senses a rider is leaning into a turn or corner. And the more intense the lean angle, the less invasive the system becomes in an attempt to ensure stability and smoothness.

Aside from outlining the new tech, BMW Motorrad’s announcement was scant on details, though the renderings suggest the tech will eventually be featured on the brand’s K1600 motorcycle. Expect more details, including release date and pricing info, in the not so distant future.