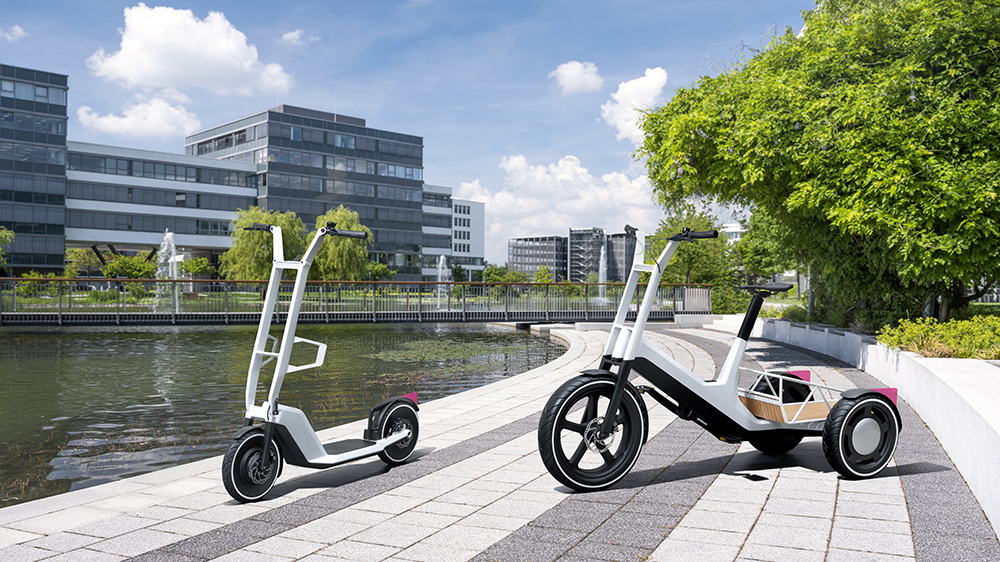 BMW already has an impressive lineup of electric cars, and now it’s focusing on battery-powered two-wheelers. The German marque has just unveiled two new electric bikes that will allow those in the saddle to cruise city streets sans emissions.

The innovative concepts come shortly after BMW revealed its CE-04 scooter and signals the company’s unwavering commitment to the electric revolution.

The first design is a compact, three-wheel bike called the Dynamic Cargo. As its moniker implies, it’s built to carry shopping, luggage, children and, well, cargo on a platform at the back. This can be fitted with a range of modular attachments depending on what you want to transport.

The Dynamic Cargo Trike features a platform to store all your gear.  BMW

“Our goal was to develop a concept that retains the agility and driving feel of a normal bicycle while adding innovative, safe transport options,” Jochen Karg, head of vehicle concepts in BMW’s new technologies and China division, said in a statement.

To achieve that rideability, the trike sports a large singular front wheel plus a pair of pivoting rear axles that allow it to corner efficiently. The electrified drivetrain, meanwhile, automatically activates with a push of the pedal to drive the two rear wheels that are fitted with a rigid axle. This means your precious cargo will stay nice and stable no matter how hard you ride.

The foldable Clever Commute e-scooter can be easily carried about the city.  BMW

The Clever Commute, on the other hand, was engineered for working professionals who wish to make the daily commute a little more eco-friendly. The zero-emissions e-scooter folds up neatly and can even be stored in the boot of a Mini, according to BMW. It could also sit comfortably under your arm on public transport or beneath your work desk.

Of course, just because it’s small, doesn’t mean it’s not mighty. The scooter has a hub-mounted motor in the front wheel which BMW says will help you get up ramps with minimal effort.

The automaker hasn’t provided details regarding the power or range for either EV, though it claims the electric mileage could be scaled with regard to the respective application. BMW also shared that each bike’s battery pack could be removed and charged at home.

Though BMW will not manufacturer either design at this stage, the marque said it’s already in discussions with potential licensees to get these new two-wheelers on the roads. Stay tuned.