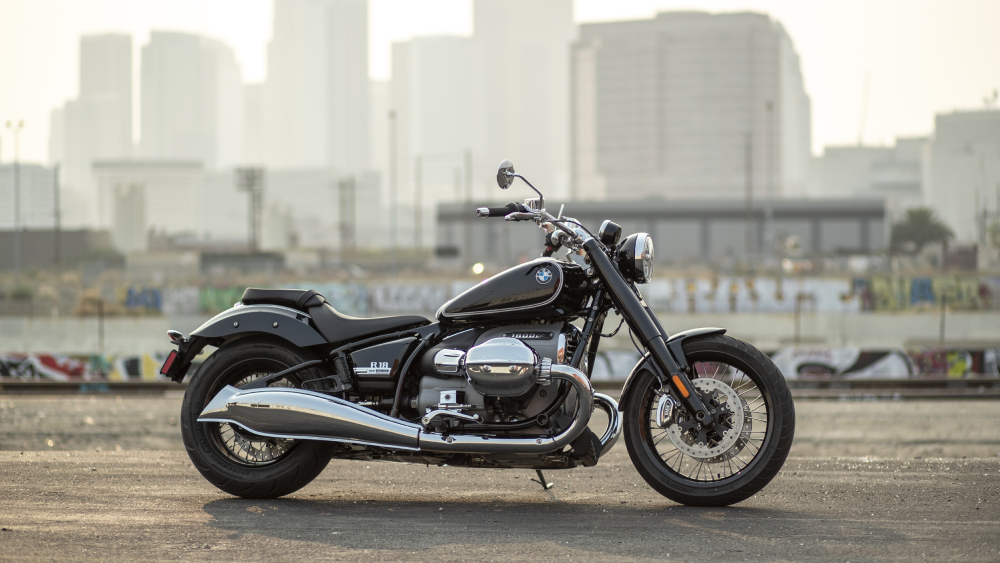 The new BMW R 18 is a model unlike any the manufacturer has created—and it needs to be. To grab American market share from struggling Harley-Davidson, the sport- and off-road-focused BMW has made the biggest push ever to create an honest-to-God cruiser.

The R 18 is well fitted with electronic staples such as traction control, proprietary Motor Slip Regulation, ABS and three adjustable ride modes. But barely any time needs to be spent playing around with settings. This is due in part to the bike’s air-and-oil-cooled engine. At 1,802 cc, the power plant makes 91 hp (at 4,750 rpm) and 116 ft lbs of torque, with 110 ft lbs available at only 2,000 rpm for massive immediate torque; gently release the clutch in third gear with no throttle and the motor will simply move the bike along. When it’s in Rock mode, the 760-pound machine has enough grunt to kick the back end loose even out of low-speed corners.

Given its weight (not to mention the ultra-rangy 68.15-inch wheelbase), the R 18 startles with cornering prowess that belies its size, though chassis ground clearance is limiting, with footpeg lugs scrapping the asphalt at the first sign of sporting lean angle. But the R 18 still drifts through the bends without issue.

Also surprising is how quickly it steers and how solid it feels in the turn, a welcome characteristic of long, low cruisers. And the ride quality offered by the suspension—Showa up front, ZF in the rear—is superb, even though the seat can get hard after an hour in the saddle. Under braking, the Brembo-made calipers are fast to engage and do so with a minimum of fuss. The brake levers are very Harley-Davidson—that is to say big, fat chrome- finished numbers. But then, BMW wants what H-D’s got, and so by sending a majority of the world’s R 18 allotment Stateside, the German marque is eager to show it’s more than ready to rumble.